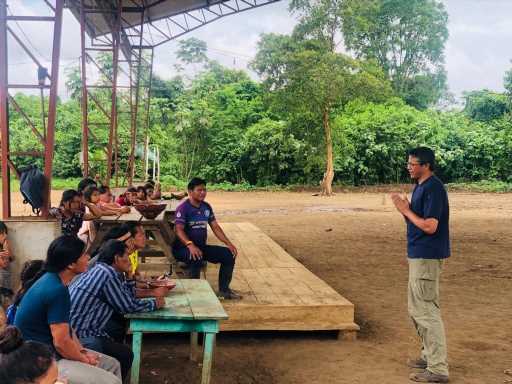 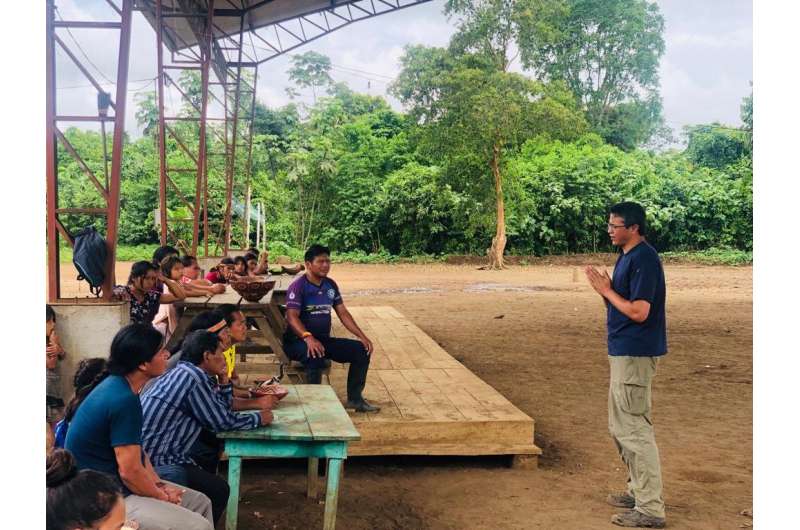 Being able to predict where and when extreme weather and other environmental impacts of climate change will increase the risk of infectious disease outbreaks can help public health officials respond earlier and more effectively to control their spread and reduce their toll.

In fact, early warning systems designed to do just this have been developed in recent years to help control outbreaks of malaria, dengue fever and other diseases in parts of the tropics. But their implementation has been undercut by funding uncertainties, overburdened local health systems, insufficient training for local health technicians, and a lack of buy-in from decision makers in government.

An analysis by an international team of researchers from 15 institutions evaluates these barriers to implementation and proposes new ways forward. The team published its recommendations Nov. 9 in The Lancet Planetary Health.

One key, the researchers say, is early engagement with crucial decision makers.

“We looked at five case studies and most of the barriers we identified likely could have been resolved by getting policymakers and community leaders on board right from the start,” said William Pan, the Elizabeth Brooks Reid and Whitelaw Reid Associate Professor of Population Studies at Duke University, who was co-lead author of the analysis.

In the case studies, scientists often placed a higher initial priority on getting their monitoring systems, disease-control protocols and local partners in place before turning their attention to briefing national or regional policymakers about it. In hindsight, the problem with this approach, Pan said, is that the local partners who were supposed to take over running the system once it was set up were not necessarily the government decision makers with the authority to commit ongoing financial or political support for it.

“You need to engage with these key decisions makers immediately so they understand what the benefits of the system will be and buy into it,” he said. Without this support, scaling up the system to a regional or national level can become an insurmountable challenge.

Training local health providers and technicians in environmental science also needs to be an immediate priority.

Local health systems, especially in poor or remote regions, are typically stretched thin, and the people who do on-the-ground disease surveillance often have limited training in climate science or environmental epidemiology, Pan said. They’re trained in medicine or public health but not in how climate-sensitive environmental conditions such as extreme heat, drought, or flooding can drive disease outbreaks. So, they don’t know what to look for, how to project future impacts, or how or when to adjust their disease-control interventions in anticipation of them, he said.

“There’s currently no place in the world that has an early warning system for infectious diseases that integrates climate and environmental data with disease surveillance data,” Pan said. “Policymakers just haven’t picked up on it yet, even though it is what science tells us we need to be doing. It’s like trying to bake a cake with only half the ingredients.”

In the new paper, he and his co-authors use knowledge and tools from the emerging field of implementation science to propose a four-step, science-based framework for overcoming such barriers and enhancing the success of early warning systems.

First, the team says, you need to understand and anticipate potential barriers. Second, you need to engage key stakeholders at the outset and co-create the system with them. Third, you need to identify promising strategies to overcome barriers and test how they work in pilot studies under various conditions, using both quantitative data and qualitative measures, such as stakeholder interviews, to inform your analysis. Fourth, after implementing the strategies, you need to measure the outcomes of their implementation across a broad range of considerations, including acceptability, feasibility, sustainability and cost-effectiveness.

The new analysis is based on case studies of early warning systems for climate-related disease outbreaks or public health risks that have been recently developed in Peru, Barbados, Ethiopia, India, and the Federated States of Micronesia and the Marshall Islands.

Pan holds faculty appointments at Duke’s Nicholas School of the Environment and the Duke Global Health Institute. He co-led the new analysis with Gila Neta of the National Cancer Institute, part of the National Institutes of Health.