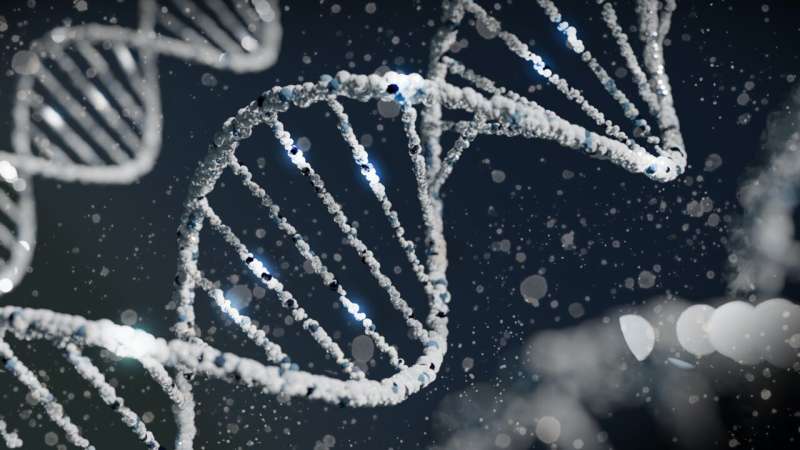 A Geisinger study of more than 90,000 patients revealed that approximately one in 100 carried at least one rare gene variant known to increase risk for neuropsychiatric disorders (NPD), such as schizophrenia and autism spectrum disorder, and that a third of those with a variant had a diagnosed mental health condition.

The results, published online by the American Journal of Psychiatry, confirm a strong link between genetics and NPD.

The Geisinger team, led by Christa L. Martin, Ph.D., analyzed genetic and electronic health record (EHR) data from a subset of 90,595 participants enrolled in Geisinger’s MyCode Community Health Initiative. Researchers evaluated the sequenced exomes for 94 genes that have been linked to an increased risk for NPD and compared the prevalence of these genes with de-identified linked EHR diagnosis codes for NPD, including autism, schizophrenia and bipolar disorder. Genetic variants were found in more than 1% of patients in the study group, and a third of those with a variant had been diagnosed with a corresponding NPD.

“This study confirms the important role of rare genetic variants in neuropsychiatric disorders and highlights the use of DNA-based approaches in studying and diagnosing these conditions,” Dr. Martin said. “Given that one in 100 MyCode participants were found to have one of these genetic variants, efforts to incorporate genetic screening into routine healthcare have the potential to improve the treatment and care of individuals with neuropsychiatric disorders.”

“We know that hundreds of genes contribute to neuropsychiatric disorders; however, for this study, we focused on those that are currently best understood,” said Hermela Shimelis, Ph.D., a lead author of the study.

Similar precision medicine strategies have accelerated breakthroughs in other health conditions, such as cancer and cardiovascular disease, and have the potential to lead to the discovery of effective targeted treatments for NPDs, the research team wrote.