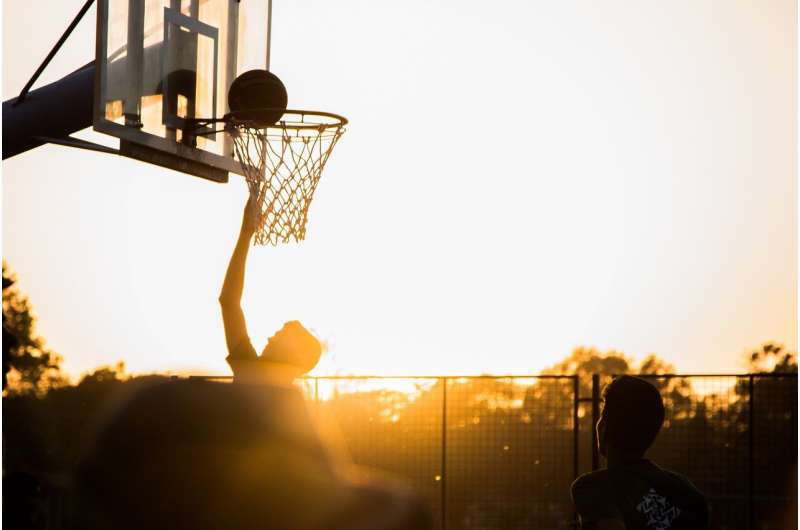 Parents around the world have long told us that breakfast is the most important meal of the day. Soon, basketball coaches may join them.

Researchers at the University of Kansas have published a study showing that eating breakfast can improve a basketball player’s shooting performance, sometimes by significant margins. The study, along with one showing that lower body strength and power can predict professional basketball potential, is part of a larger body of work to better understand the science of what makes an elite athlete.

Dimitrije Cabarkapa left his native Novi Sad, Serbia, to play basketball at James Madison University. Never a fan of 6 a.m. workouts, he was discussing whether the provided breakfast helped performance with his teammates. While he felt it was important, others argued it either didn’t make a difference or made their games worse. When he came to KU to seek his doctorate in exercise physiology, he decided to take a more scientific approach to the question.

Cabarkapa and colleagues recruited a cohort of 18 young players with high-level basketball ability, some having played professionally, some in the collegiate ranks and all with experience. Two groups were formed, one of which had breakfast before taking part in shooting drills, while another did not have an early meal before the same drills. After one week, the groups switched, and the tests were repeated. Results showed a statistically significant improvement in free throw shooting percentage and practically significant improvement in others.

The study, co-written with Andrew Fry, professor of health, sport & exercise science and director of the Jayhawk Athletic Performance Laboratory at KU, and Michael Deane and Jeremy Akers of James Madison University, was published in the journal Physical Education and Sport.

The participants took part in a week of drills in which they took a series of two-point and three-point shots from designated spots on a basketball floor as well as free throws. After each week of shooting after breakfast and without, their shooting performances were tabulated.

Results showed that while nearly all shooting categories improved when participants had breakfast, free throw percentage saw the highest difference. Others, such as three-point attempts, overall shots made and two-point shot percentage had practically significant, though not statistically significant, improvements. However, those close to the game know an additional made shot here and there can make a difference.

“If you come to somebody and tell them you can improve their shooting by 6%, any coach or player is going to ask how,” Cabarkapa said. “This shows having breakfast is a simple way to do that. Even slightly improved shooting performance can influence the outcome of a game.”

In addition to data on shooting performance, researchers collected information on participants’ diets, including calories, carbohydrates, protein and fat intake during breakfast and non-breakfast weeks. During the first session, subjects were provided information on nutritional values of various foods and encouraged to eat nutritionally balanced breakfasts. They logged information on their diets throughout the testing period, including food and liquids they consumed, amounts and how foods were prepared.

Researchers said they hope to continue analyzing the connections between breakfast and basketball performance. Cabarkapa, who regularly consumed breakfast in his playing days, including when his James Madison team competed in the NCAA tournament, said providing subjects food and testing over longer periods of time could reveal more about breakfast’s influence on performance. Meanwhile, even small improvements shown from this study suggest the value of nutrition in making another free throw or two per game, or making several more shots over the course of a season.

Professional scouts examine the aforementioned pillar of strength and conditioning when evaluating which players might succeed in the ranks of professional basketball. Yet, there is still disagreement among players, trainers and coaches as to exactly which types of strength are most beneficial to players. Lower body strength that enables players to jump higher, run faster and make quick lateral movements is often analyzed by scouts, so KU researchers decided to measure performance in the area among high level players to see if those who went on to play professionally indeed had greater performance in that area.

After analyzing seven years of data from Division 1 men’s college basketball players, those who played professionally in the NBA, European or other professional leagues consistently scored higher in lower body strength and power measures.

Cabarkapa and Fry co-wrote the study with Michael Lane of Eastern Kentucky University; Andrea Hudy of the University of Texas and former KU strength and conditioning coach; Patricia Dietz of Wartburg College; Glenn Cain of Rutgers University; and Matthew Andre of George Mason University. The study was published in the journal Sports Science and Health.

Researchers graphed the power and speed of players using digital devices and 3-D cameras while weight training. Over the course of seven years, nearly three dozen of the participants finished playing college basketball as “one and done” top-level NBA draft choices, while some were draftees after two or more years, some graduated and played professionally, and others completed their eligibility and did not play professionally.

“Essentially we were having them do what’s called a speed squat,” Fry said. “When they hit the parallel position, they stood up as quickly as possible. A device measured the speed of the bar and their power. They did that at various weight loads, and we measured their average power.”

The results showed that players who went on to play in the NBA had significantly higher performance in all variables, including one-repetition squat strength and maximum squat bar power, than those who played in other professional leagues. Those players had higher scores, in turn, than those who did not play professionally. When adjusted for body weight, there was no difference between groups observed, meaning body size was also an important factor.

The findings show that high levels of lower body strength and power are instrumental to success in professional basketball. While scouts and general managers do consider strength when deciding which players to draft or sign, the NBA combine does not measure barbell squat strength or similar measures when evaluating players, the authors said. The findings add to a large body of literature showing strong relationships between weight room performance and sport performance.

“In essence, the more power you can generate, the greater chance you had of going pro. The conclusion of our study is lower body strength and power are highly related to a greater level of play,” Cabarkapa said.

The researchers emphasized that the findings should not be taken to mean basketball players should lift as much weight as they possibly can in order to go pro, but that coaches and trainers should develop programs to optimize players’ lower body strength and power in order to both improve their performance and help their future prospects. In turn, professional talent evaluators would do well to consider this specific area of strength and power as a variable in making decisions on players’ potential.