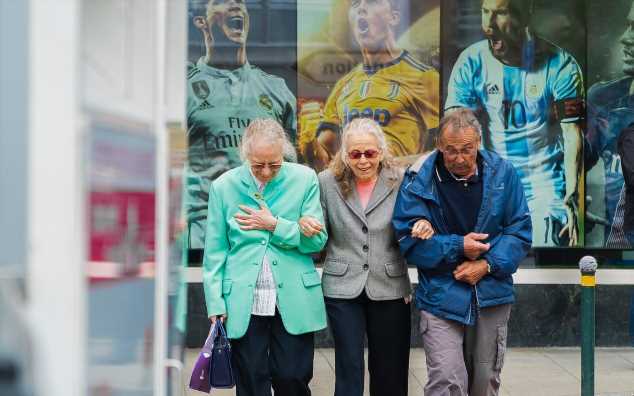 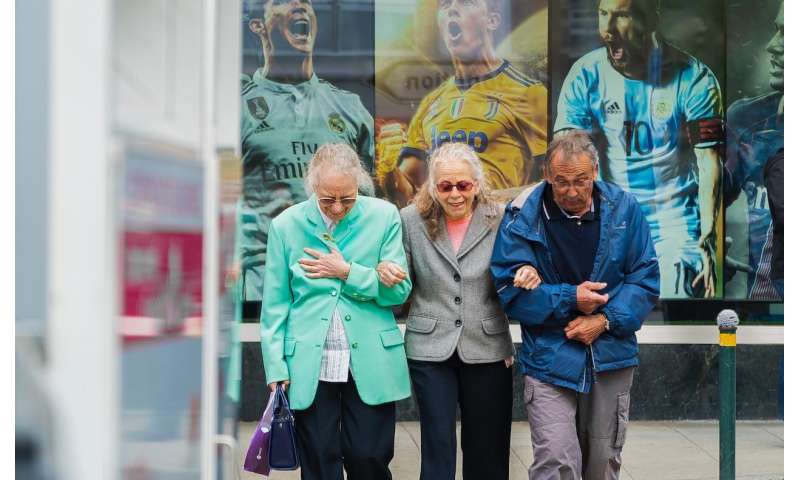 Being able to grow old and die in one’s own home is something people want, including those who live alone. Behind the life situation of the latter one finds many different relationship constellations and support networks. As soon as their need for help and care becomes more pronounced, non-kin carers such as friends or neighbors play a central role. A current longitudinal study is exploring the nature of such networks and their robustness.

Living alone has many advantages. At an advanced age, however, it is often not a deliberate choice. Many people have to get used to this new situation after the death of their partner. According to Statistics Austria, 51 percent of people over 65 years of age were living in single-person households in 2018—and the numbers are rising. The proportion of women rises with increasing age: While 59 percent of women over 80 years of age live alone, this is true of only 24 percent of men. Beyond the mere statistics, this development raises a number of questions. Is it feasible for people in one-person households to stay in their own home until the end of their lives? How can increasing care needs be met?

“We should challenge common perceptions, such as old age automatically equates to a need for care, or that people who live alone are automatically lonely. Our research project has revealed that ‘living alone’ includes a large range of relationship constellations,” explains Sabine Pleschberger, Head of the Health Professions Department at Gesundheit Österreich GmbH. In a current research project funded by the Austrian Science Fund FWF, Pleschberger, a specialist in health-care and health sciences, is investigating the diversity of relationships and so-called “support networks” found in the lives of people living alone at an advanced age. The project’s cooperation partners are the Research Institute for Economics of Aging at the Vienna University of Economics and Business Administration and the Department of Nursing Science at the University of Vienna. The research focuses on the role played by friends, acquaintances or neighbors.

The target group can only be reached by trust-building measures

Researchers know little about the living situation of (very) elderly people living alone and in need of help or care in Austria, because this target group can hardly be reached by means of written surveys. For this reason, both very old people and those among them who live alone and are in need of help are underrepresented in quantitative studies. “In our qualitative longitudinal study, the average age in the sample is 84 years. It is at this age that mobility restrictions of various kinds usually begin to have a greater impact on everyday life. At that point, the question arises whether someone can continue living at home,” Pleschberger says.

Her team managed to find 23 women and nine men between 67 and 99 who live alone for the first round of interviews. They live in both rural and urban environments in Lower Austria, Upper Austria, Styria and Vienna. Two thirds of them have either no family or no family in the immediate vicinity: although the researchers were looking exclusively for these two possibilities, it was only the interviews that sometimes revealed the variety of relationship constellations these can include. The respondents may define themselves as living alone or without a family even though they have second or third degree relatives, if these family relationships have been overshadowed by conflicts. Moreover, the age group and the issues of needing help and care until death are considered highly sensitive in the research context. The researchers therefore committed themselves to high ethical standards. The study design was reviewed in advance by an ethics committee, whose “vote” or review needs to be renewed annually.

In order to obtain high quality data, the researchers need to invest time in building trust with the interviewees. “We seek access to very personal areas that are beset by a sense of shame and taboos. Who will help me if my state of health should deteriorate? What can I offer them in return? And what are my concerns with regard to the end of my life? We discuss such issues only in the second or third interview,” emphasizes the researcher. The initial data collection has been completed, and the team has developed a typology of support networks from the data of the first series of interviews. The longitudinal data analysis will concentrate on how these networks change as a function of a growing need for help and care. The focus of the longitudinal sample is on “non-family informal supporters,” so-called “non-kin carers,” which is why people who have family relationships are no longer included.

In research terminology, friends, acquaintances and neighbors are “non-kin carers.” Their common denominator is the fact that they have no family ties with the people concerned. So far, researchers have usually counted them as part of family relations. However, these “non-kin support arrangements” have evolved differently and are usually something that develops out of a person’s social network. Based on the results of analysis of interview data, the researchers were now able to categorize four types of network: “non-kin-focused,” “formal-focused” (e.g. mobile community services, GP, cleaners), “family-focused” and “diffuse/disparate.” The distribution of these roles between men and women reveals that women are more strongly represented in non-kin networks. The men in the sample were more likely to have formal-focused networks, especially if they were already in need of help and care.

As far as the marital status of people living alone is concerned, those with non-kin-focused networks tended never to have been married or to have been widowed for a long time: “In itself, the status of being ‘widowed’ says little about someone’s life situation. Those who have been widowed for a long time, for instance, had more time to (re)establish a non-kin social network,” Pleschberger explains. If the death of the partner was preceded by a long period of care, the caring relatives sometimes had a thinned-out network because they were unable to maintain social relationships to the degree necessary. Just as the need for help and support changes slowly, social relationships need time to develop into solid networks.

Here is an example: Mrs Müller lives alone in a large city and regularly goes to the theater with friends. What happens when her mobility decreases over time and she is no longer able to leave the house without help? Can social relationships survive such changes and do those involved adapt to the circumstances? Or will the relationships break down?

The results obtained so far have shown that many factors influence the character of support networks. They include mobility (public transport, car, carpooling), distances (short/long) in the living environment, and personality traits of the people involved (sociable/introverted). However, the point in time when physical care becomes necessary is a major hurdle for people living alone. “People experience a lot of shame and dread when a friend becomes aware of a toilet mishap. This is where relationship boundaries are crossed and new ground is broken,” Sabine Pleschberger notes. While for some this means not taking on certain tasks, others experience it as something that deepens a relationship.

The researchers want to gain a better understanding of the factors that influence whether non-kin carer continue to give support, or to delegate certain activities to professional service providers. Maintaining informal non-kin relationships at times of a greater need for support is a central challenge. After all, as previous research results have shown, such non-kin carer are an essential resource that enable older people living alone to stay in their homes despite a growing need for help and care. “It is important, however, to respect that these relationships differ in character, are diverse, and have their individual limitations. No-one is entitled to them, nor should they be overstretched,” concludes Pleschberger.