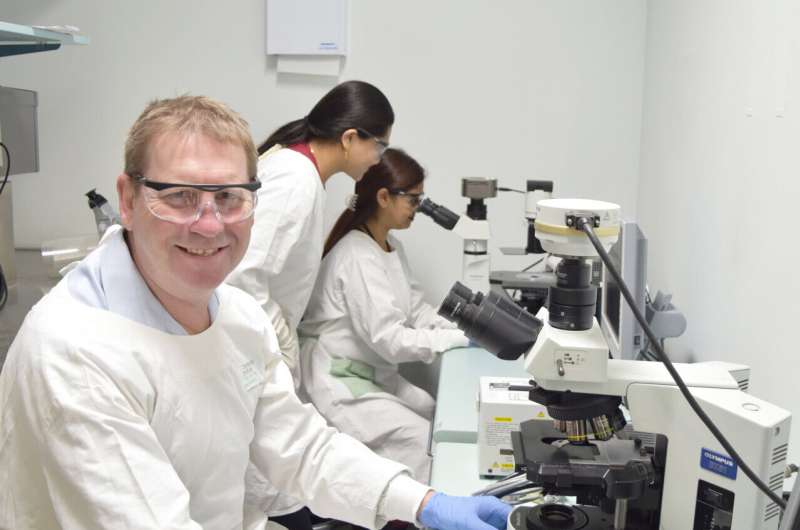 Research led by the Centenary Institute and University of Technology Sydney (UTS) has identified a small RNA molecule called microRNA-21 as a therapeutic target and its inhibition as a potential treatment for chronic obstructive pulmonary disease (COPD).

An inflammatory lung disease that makes it hard to breathe, COPD is often caused by smoking tobacco products or inhaling air pollution. It is the third most common cause of death in the world.

In the pre-clinical study, the researchers found elevated levels of microRNA-21 in experimental COPD models involving mice. Use of a microRNA-21 inhibitor (antagomir-21) as a therapeutic treatment was shown to reduce inflammation and improve lung capacity and function in these models.

The researchers said antagomir-21 both reduced microRNA-21 expression and also suppressed the influx of inflammatory cells—macrophages, neutrophils and lymphocytes—into the airways and lungs. Lung cytokine production, that amplifies inflammatory responses, was also inhibited through use of antagomir-21.

Professor Phil Hansbro, the study’s senior author and Director of the Centenary UTS Center for Inflammation, said that their findings offered up a completely new understanding of COPD.

“MicroRNA-21 is a common molecule that is expressed in most cells in the human body and regulates many critical biological processes. Our findings demonstrate, however, that microRNA-21 levels increase when it comes to COPD,” said Professor Hansbro.

“We believe that the development of new drugs that inhibit microRNA-21 may offer up an entirely new therapeutic approach when it comes to COPD treatment.”

Professor Hansbro said that the findings may address the limited effectiveness that current therapies have in controlling COPD or halting its progression.

“The development of effective COPD treatments has been hampered by a lack of understanding of the disease’s underlying mechanisms. Our data defines microRNA-21 as a novel therapeutic target and its inhibitors as a potential new treatment for this major, currently intractable lung disease.”