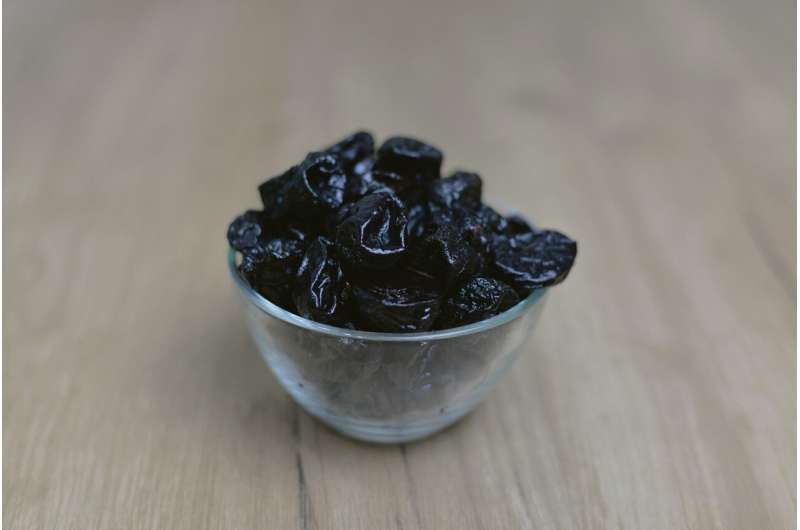 In the United States, about 10 million adults over the age of 50 have osteoporosis, with women four times more likely than men to experience the condition, according to prior research. This is partly due to a decline in estrogen levels at the onset of menopause that results in the loss of bone density. New research led by Penn State shows that eating prunes on a daily basis may help women preserve bone density.

In a recent article in the American Journal of Clinical Nutrition, the researchers evaluated the bone density of 235 postmenopausal women, some of whom were assigned to eat 50 grams—roughly five or six prunes—or 100 grams of prunes each day for a year. The researchers measured the women’s bone mineral density, bone geometry, and estimated bone strength and found evidence that prunes may be beneficial.

“Consuming five to six prunes a day for 12 months resulted in preservation of bone at the hip, a finding that was observable at six months and persisted through month 12. In another study, 3D imaging of bone provided additional information about the response of bone to consuming prunes daily,” said lead author Mary Jane De Souza, distinguished professor of kinesiology and physiology.

The findings indicate that prune consumption preserves bone mass density and strength at weight-bearing sites in the hip. Women who did not eat prunes saw a 1.1% decrease in bone density, while women who ate five or six prunes each day experienced no measurable loss of bone density. Other, preliminary results indicate comparable results for the tibia, a bone in the shin.

“We observed that the women who ate prunes for a year experienced some bone benefits. In particular, estimated bone strength at the tibia was maintained in the pooled group and bone density was maintained in the five-to-six prunes-per-day and 10-to-12-prunes-per-day groups. As such, it appears that prunes may help prevent bone loss, especially at the hip and tibia,” said De Souza.

The results indicate that daily prune consumption is likely to be beneficial to bone health over the long term. If this proves to be true, it could improve the quality of life in the United States for millions of older adults. Additionally, it could represent an avenue for substantial health care savings, as research has shown that care for osteoporosis and related fractures cost $22 billion in the United States in 2008 alone.