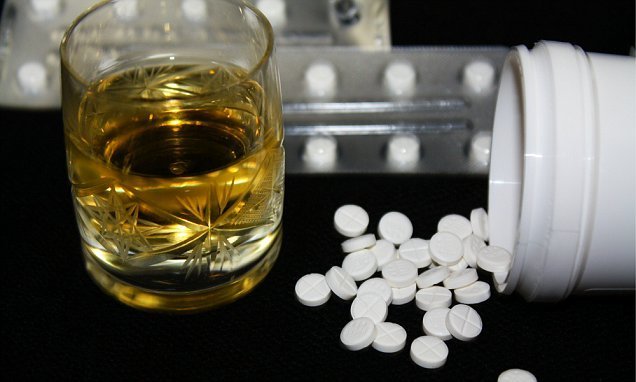 Sleeping pills taken by hundreds of thousands may boost the risk of Alzheimer’s, a study suggests.

Researchers found the risk of developing the memory-robbing disorder is higher for patients taking benzodiazepines and Z-drugs.

And the huge analysis revealed a higher risk for those on stronger medications, and for those who have taken the drugs for longer than recommended.

Figures suggest there are at least 260,000 people in Britain and nearly 100 million in the US who take benzodiazepines and Z-drugs for at least a month.

The recommended usage of benzos and Z-drugs is no more than four weeks, as evidence suggests they do little after this time.

Doctors dole out benzos, which slow the body’s functions and are highly effective in the short-term, to combat anxiety and sleeplessness. 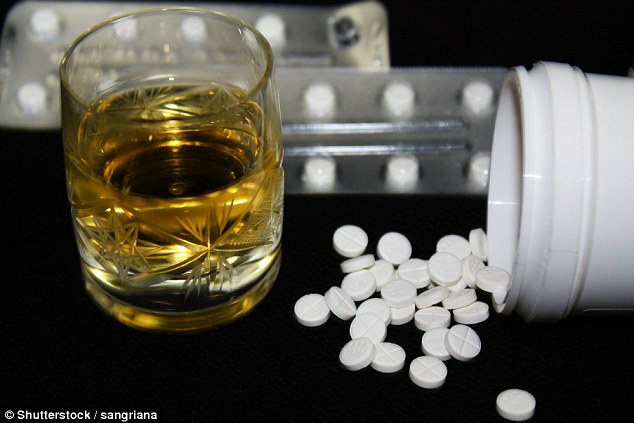 Z-drugs are hypnotic sedatives that work similarly to benzos. The most well-known are zolpidem, zopiclone and zaleplon.

Evidence is growing over benzos – a class of powerful sedatives, which include Valium and Xanax – and their links to dangerous addiction.

And the new study, carried out by the University of Eastern Finland, if confirmed in further trials, may add to the long-list of dangers, including falls and even an early death.

Researchers analysed the use of benzodiazepines and Z-drugs and the prevalence of Alzheimer’s among 353,000 participants.

Of the participants, a fifth had already given the devastating news they had the most common form of dementia between 2005 and 2011.

Medical records of each participant since 1995 were collected, to examine any links between medication use and the disorder.

For patients taking benzodiazepines or Z-drugs, the risk of Alzheimer’s increased by around six per cent, according to an analysis.

Researchers led by Vesa Tapiainen also found the higher the dose, the more likely the patient was to be struck down with the disorder.

Mr Tapiainen and colleagues admitted the increased risk of Alzheimer’s was small.

The findings of the Finnish trial were published in the journal Acta Psychiatrica Scandinavica.

Writing in the journal, researchers said: ‘Benzodiazepine and related drug use in general was associated with modestly increased risk of Alzheimer’s.’

For decades, patient groups, addiction charities and experts have warned about the over-use of benzodiazepines.

Studies have shown people who take the powerful sedatives for six weeks face a 50 per cent chance of becoming addicted.

And once hooked, the only help thousands can receive is from addiction services on the NHS that are often frequented by Class A drug addicts.

Concerned charities have also called for doctors to change prescribing habits but such calls have been largely ignored.

Withdrawal symptoms for patients coming off benzodiazepines can include anxiety, panic attacks and even hallucinations.

Dr David Reynolds, chief scientific officer at Alzheimer’s Research UK, said: ‘This study suggests that taking drugs such as benzodiazepines maybe associated with a slightly increased risk of developing Alzheimer’s, but the results don’t give conclusive evidence about what causes this link.

‘While this study only looked at benzodiazepine use more than five years before people were diagnosed with Alzheimer’s, we know that the disease can start to get underway in the brain up to twenty years before obvious memory and thinking symptoms start to show.

‘Benzodiazepines are often prescribed to treat sleep problems or anxiety, and as these symptoms may also be early indicators of the onset of Alzheimer’s, this could account for the link highlighted in this study.

‘These drugs need to be carefully prescribed and doctors are best placed to assess individual circumstances, weigh benefits against any potential risks and to make an informed judgement about the most appropriate course of treatment.’

Growing evidence is mounting over the dangers of sleeping pills, which are taken by an estimated one in ten people in the UK. More than 100 million people are known to suffer from insomnia, the main need for such tablets, in the US.

Older types of the pills, such as diazepam, have become less popular in recent years due to the health concerns flagged in a wide range of studies.

Instead sales of newer ‘Z-drugs’ have surged with many believing them to have fewer side effects and be far less addictive. Melatonin, often touted as a cure for jet lag, has also soared in popularity.

However, all are thought to cause drowsiness, delayed reaction times and impaired balance, which can lead users to fall and break their bones.

Keele University researchers found last August that the risk of a fracture is doubled in those who rely on the drugs to get a good night’s sleep.

A University of Washington study in 2015 also showed a worrying link between sleeping tablets and dementia.

They showed the drugs block a chemical messenger called acetylcholine – which patients with Alzheimer’s disease are believed to lack, causing them drowsiness, The Guardian reported.

Nottingham University researchers found the common pills may also increase the risk of contracting pneumonia and dying from it.

When it was published in 2012 the experts behind the findings said more studies needed to be conducted to determine any potential health risks.