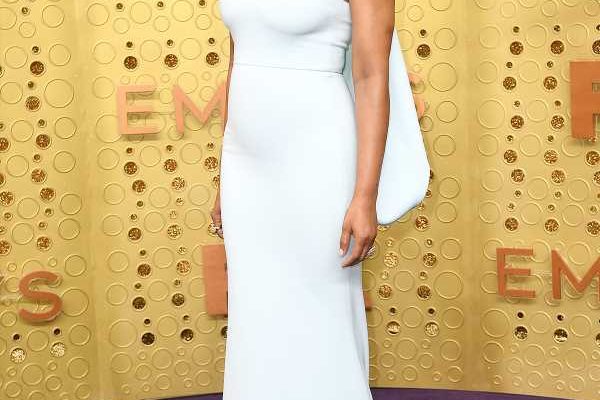 Home » Health News » Padma Lakshmi Doesn't Care How Much She Weighs: 'It Shouldn’t Be About What I Look Like'

Padma Lakshmi is seeing higher numbers on the scale after months of filming Top Chef, but she isn’t giving it a second thought: “Who cares?”

On the Emmys red carpet on Sunday with with her daughter Krishna, 9, the reality host said she’s a little heavier than usual — but she isn’t bothered by the added curves.

“I haven’t had time to diet so I’m about 146 lbs. right now, but I’m okay,” she told Us Weekly. “I’m lucky because I gain weight exponentially, like everywhere. So I don’t care.”

And Lakshmi prioritized comfort for her Emmys dress.

“I was just happy there was a dress this pretty that fit,” she said. “And at the end of the day it’s just about feeling comfortable. I am done trying to squeeze my bum into something that is too small. I don’t care — it shouldn’t be about what I look like at this point in my career.”

When Lakshmi was asked if she wears shapewear, the former model said she finds it “very constricting.”

“It’s fine. I mean, I don’t even have a bra on, so. I just think the female body is beautiful in its natural state,” she said. “I don’t believe that we all have to do things to make it smooth and beautiful. At the end of the day, who cares?”

Lakshmi said ahead of the 2017 Emmys that she was done with dieting for the awards show because of the message it sends to her daughter.

“She’s noticed, and suddenly she’s told me and others in our circle, ‘I don’t want to eat because I’m watching my figure,’ or, ‘I weigh too much,’ ” Lakshmi previously wrote in The Hollywood Reporter. “Her comments stopped me dead in my tracks. Her words scared me. Language matters. We send signals to our daughters every day. And I am her first touchstone of femininity.”

Lakshmi said that if she needs a bigger size “so be it.”

“That one day — or any day — on the red carpet isn’t nearly as important as making sure my daughter doesn’t measure her worth by her dress size.”