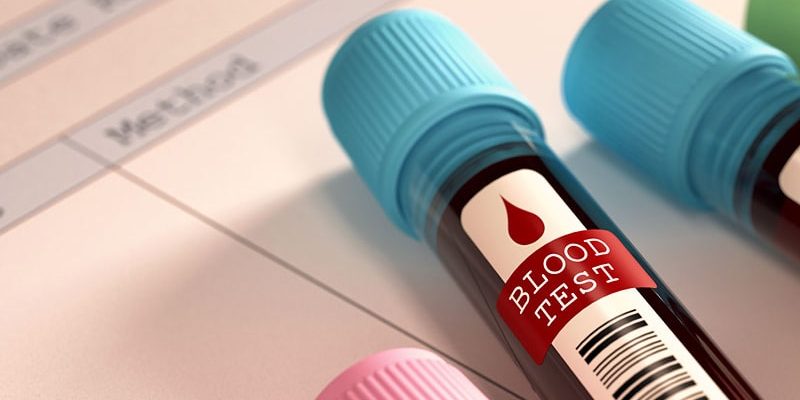 Much attention has been given recently to the idea of detecting many different types of cancer from a single blood test, and a new test claiming to do that has just been reported.

The leader in this field is the Galleri test (from GRAIL) which is already in clinical use in some healthcare networks across the United States. That test uses next-generation sequencing to analyze the arrangement of methyl groups on circulating tumor (or cell-free) DNA (cfDNA) in a blood sample.

The new test, under development by Swedish biotechnology company Elypta AB, has a different premise. It can detect 14 cancer types based on the analysis of glycosaminoglycans, which are a diverse group of polysaccharides that are altered by the presence of tumors.  Using plasma and urine samples, the method had a 41.6%–62.3% sensitivity for detecting stage 1 cancer at 95% specificity.

In comparison, say the authors, other assays have reported 39%–73% sensitivity to stage I cancers, but these estimates are usually limited to 12 cancer types that are considered “high-signal” and perform poorly in cancers that emit little cfDNA, such as genitourinary and brain malignancies.

“The main advantage of glycosaminoglycans appears to be that they change in the blood and urine at the earliest stages of cancer,” said study author Francesco Gatto, PhD, founder and chief scientific officer at Elypta. “Consequently, this method showed an impressive detection rate in stage I compared to other emerging methods.”

The study was published online December 5 in Proceedings of the National Academy of Sciences.

Gatto commented that he “could envision that one day we may be able to combine these methods.”

“The same blood specimen could be used to test both glycosaminoglycans and genomic biomarkers,” said Gatto. “This strategy could hopefully detect even more cancers than with either method alone, and the resulting performance may well be sufficient as a one-stop-shop screening program.”

So how does the new test from Elypta compare with the Galleri test?

“Galleri and similar methods mostly focused on information coming from molecules of DNA naturally floating in the blood,” explained Gatto. “It makes sense to conduct research there because cancers typically start with events in the DNA.”

He noted that the current study explored a new layer of information, molecules called glycosaminoglycans, that participate in the metabolism of cancer.

“This method detected many cancers that the previous methods missed, and a substantial proportion of these were at stage I,” said Gatto. “Cancer is a complex disease, so the most layers of information we can probe noninvasively, say with a blood test, the more likely we can catch more cancers at its earliest stage.”

Other platforms typically rely on sequencing and detecting cancer-derived fractions of cfDNA but these methods have challenges that can interfere with their usage. For example, some cancer types do not shed sufficient cfDNA and it cannot be accurately measured.

“An advantage on focusing on glycosaminoglycans is that the method does not require next-generation sequencing or similarly complex assays because glycosaminoglycans are informative with less than 10 simultaneous measurements as opposed to Galleri that looks at over 1 million DNA methylation sites,” he said.

“This makes the assay behind the test much cheaper and robust — we estimated a 5-10 times lower cost difference,” Gatto said.

Approached by Medscape Medical News for an independent comment, Eric Klein, MD, emeritus chair of the Glickman Urological and Kidney Institute at the Cleveland Clinic, Cleveland, Ohio, explained that the “only accurate way to know how a test will perform in an intended-use population is to actually test it in that population. It’s not possible to extrapolate results directly from a case-control study.”

Cancers shed many different biologic markers into body fluids, but which of these signals will be best to serve as the basis of an MCED (multi-cancer detection test) that has clinical utility in a screening population has yet to be determined, he noted. “And it’s possible that no single test will be optimum for every clinical situation.”

“The results of this study appear promising, but it is not possible to claim superiority of one test over another based on individual case-control studies because of uncontrolled differences in the selected populations,” Klein continued. “The only scientifically accurate way to do this is to perform different tests on the same patient samples in a head-to-head comparison.”

There is only one study that he is aware of that has done this recently, in which multiple different assays looking at various signals in cell free DNA were directly compared on the same samples. (Cancer Cell. 2022;40:1537-1549). “A targeted methylation assay that is the basis for Galleri was best for the lowest limit of detection and for predicting cancer site of origin,” said Klein.

Another expert agreed that a direct head-to-head study is needed to compare assays. “Based on this data, you cannot say that this method is better than the other one because that requires a comparative study,” said Fred Hirsch, MD, PhD, executive director of the Center for Thoracic Oncology, Tisch Cancer Institute at Mount Sinai, New York City.

Metabolomics is interesting, and the data are encouraging, he continued. “But this is a multicancer early detection test and metabolism changes may vary from cancer type to cancer type. I’m not sure that the metabolism of lung cancer is the same as that of a gynecologic cancer.”

Hirsch also pointed out that there could also be confounding factors. “They have excluded inflammatory disease, but there can be other variables such as smoking,” he said. “Overall it gives some interesting perspectives but I would like to see more prospective validation and studies in specific disease groups, and eventually comparative studies with other methodologies.”

The authors evaluated if plasma and urine free GAGomes deviated from baseline physiological levels in 14 cancer types and could serve as metabolic cancer biomarkers. They also then validated using free GAGomes for MCED in an external population with 2064 samples obtained from 1260 patients with cancer and healthy individuals.

In an in vivo cancer progression model, they observed widespread cancer-specific changes in biofluidic free GAGomes and then developed three machine-learning models based on urine (Nurine = 220 cancer vs 360 healthy) and plasma (Nplasma = 517 cancer vs 425 healthy) free GAGomes that were able to detect any cancer with an area under the receiver operating characteristic curve of 0.83–0.93 (with up to 62% sensitivity to stage I disease at 95% specificity)

These findings showed an association of free GAGome alterations with aggressive cancer phenotypes and suggested that scores below the 95% specificity cutoff might have a better prognosis, the authors comment.

In addition, other analyses showed that free GAGomes predicted the putative cancer location with 89% accuracy. And finally, to confirm whether the free GAGome MCED scores could be used for screening, a validation analysis was conducted using a typical “screening population” which requires ≥ 99% specificity. The combined free GAGomes were able to predict a poor prognosis of any cancer type within 18 months and with 43% sensitivity (21% in stage I; N = 121 and 49 cases).

Gatto believes that these results, as well as those from other studies looking at glycosaminoglycans as cancer biomarkers, will lead to the next steps of development. “But I speculate that this test could be most useful to assess in a cheap, practical, and noninvasive manner if a person at increased risk of cancer should be selected for cancer screening as part of established or emerging screening programs.”

The study was sponsored by Elypta AB. Gatto is listed as an inventor in patent applications related to the biomarkers described in this study and later assigned to Elypta AB, is a shareholder and employed at Elypta AB. Hirsch reports no relevant financial relationships. Klein is a consultant for Grail and an investigator for CCGA and Pathfinder.

Roxanne Nelson is a registered nurse and an award-winning medical writer who has written for many major news outlets and is a regular contributor to Medscape.