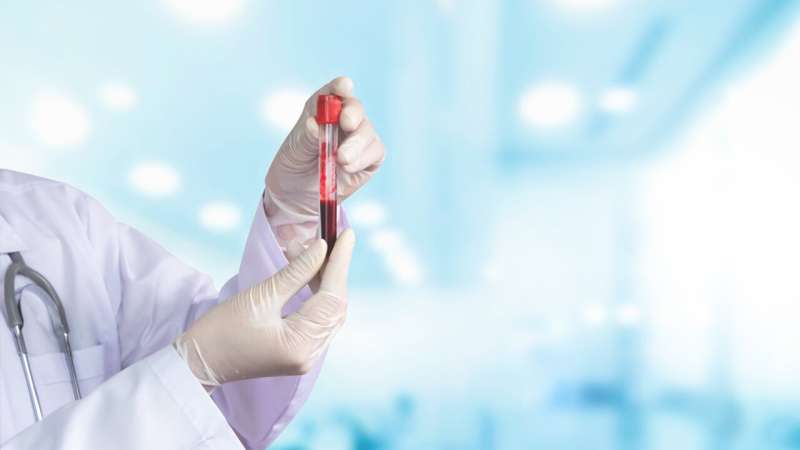 A MedUni Vienna research team has discovered a highly potent biomarker for clinical response to CAR-T cell therapy, describing the prerequisites for optimal use of this novel therapy for lymphoma treatment. The current findings are an essential step toward optimizing this promising therapy. The results of the study were recently published in the journal Frontiers in Immunology.

Diffuse large B cell lymphoma (DLBCL) is the most common form of lymphoma (non-Hodgkin’s lymphoma). The 5-year survival rates are now between 55% and 64%. However, patients who have an early relapse of the disease or who do not respond to combined antibody chemotherapy have an even worse prognosis.

In recent years, a new, very effective form of therapy has emerged for those affected: CAR-T cells. For this therapy, the body’s own lymphocytes are taken, equipped with chimeric T cell receptors (CAR = chimeric antigen receptor) specific for the lymphatic cancer cells, expanded and then returned to the patient. The T cells are turned into killer cells due to the expression of the chimeric T cell receptors and, in the best case, eliminate the lymphatic cancer cells in the patient’s body forever. Even though this therapy can be very effective when there is a response of CAR-T cells to the lymphoma cells and enables long-term survival; unfortunately, it does not work for all patients.

In their clinical research, the scientists began at the point of origin for CAR-T cell production: the nature of the patient’s own T lymphocytes (T cells). In the process, they discovered that patients with lymphoma often have a deficiency of T lymphocytes (T cell lymphopenia). Since lymphopenia is often accompanied by an increase in “exhausted” T cells, this study started to measure the number of these cells. Indeed, exhausted T cells were found to be significantly increased in a subset of patients. Such exhausted T cells are usually only found in patients suffering from chronic inflammation.

With these observations, the research teams led by Nina Worel (Transfusion Medicine) and Ulrich Jäger (Hematology), in collaboration with Winfried Pickl’s team (Institute of Immunology), created the basis for dividing groups of patients into those with a high and those with a low probability of responding to CAR-T cell therapy.

“Our study shows how important the nature of the T cells is for CAR-T cell production and that exhausted T cells, which can be found in a considerable proportion of patients, pose a problem for subsequent CAR-T cell therapy,” says study leader Winfried Pickl.

“Our observations of the mode of action of the differently exhausted T cells, which were used as starting material for the production of CAR-T cells, show that the degree of differentiation does not have a negative influence on the direct killing of cancer cells by CAR-T cells, but it does have a negative influence on the leukemia cell-dependent growth and the factor production of the CAR-T cells. This suggests that exhausted CD27–CD28–-CAR-T cells may not be able to persist for longer periods of time in patients, which may limit their long-term efficacy.”

In summary, Pickl states, “The low frequency of differentiated (exhausted) CD3+CD27–CD28–-T cells at the time of leukapheresis represents a new blood biomarker that can be used even before the start of CAR-T cell production and infusion and predicts the response to treatment with CAR-T cells in patients. Removal of such cells from the leukapheresis product prior to the initiation of CAR-T cell production could significantly improve the success of therapy even in patients with an unfavorable initial situation.”