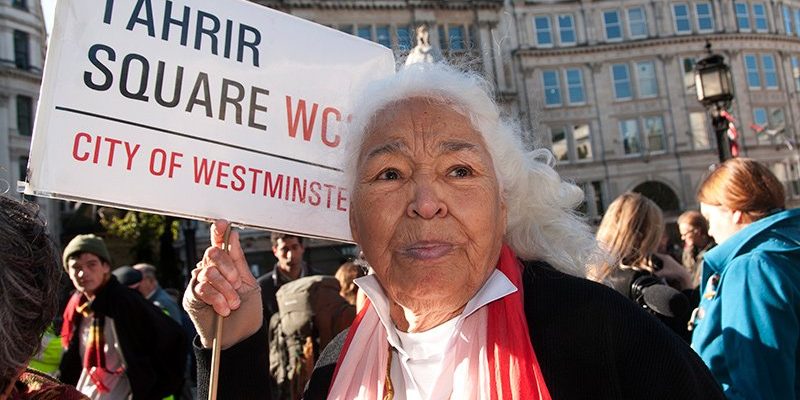 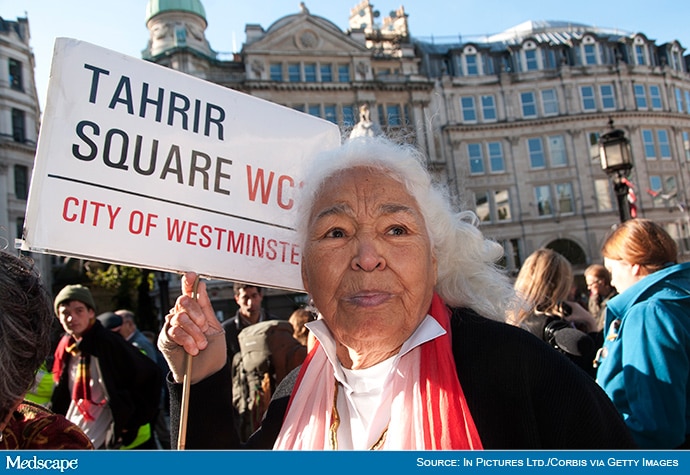 People around the world are mourning the death of Egypt’s Nawal El Saadawi, MD, the fiery Arab women’s rights advocate. She died March 21 in Cairo at age 89 after a long illness.

Born October 27, 1931, the second of nine children, El Saadawi avoided a child marriage and went on to graduate from Cairo University’s medical school in 1955. During her long career, the physician wrote 55 books comprising fiction, nonfiction, drama, and poetry.

Starting medical practice as a village physician, she eventually specialized in psychiatry, researching neurosis in women. She became director of Egypt’s Ministry of Public Health and an official of the Egyptian Medical Society.

From the outset, she stirred controversy by protesting the unhygienic practices of the village barbers and midwives who performed routine medical procedures, including male and female circumcision. Her educational efforts to counteract these rituals angered locals and set her on a course of stubborn opposition that would characterize, and endanger, her life.

In 1958, El Saadawi’s childhood literary leanings triumphed, and she wrote a novel, Memoirs of a Woman Doctor. Through her female patients, El Saadawi was keenly aware of the physical and psychological obstacles faced by many Arab women. In her feminist critiques, she attributed these not to religion but to unremitting cultural oppression ― poverty, patriarchy, class division, and colonial imperialism.

As an avowed feminist, the mother of two worked to empower women in the Arab world, calling for the emancipation from the conservative patriarchal constraints of the Middle East. But she cautioned that sexism was endemic to every country and religion in the world and pointed out that the West did not invent feminism. She also warned that without the full equality of 50% of the population, “democracy is an illusion.”

Described as the “Arab Simone de Beauvoir,” El Saadawi particularly opposed the practice of female genital mutilation, which she herself endured at age 6. She also condemned inequitable property, inheritance, marriage, and divorce laws and recently urged women to take their mothers’ surnames.

In 1972, she wrote her controversial work Women and Sex, which addressed the bodily indignities suffered by women, including female genital mutilation. The book cost El Saadawi her position at the Ministry of Health. Her magazine, Health, was shut down in 1973.

Her 1975 novel, Woman at Point Zero, based on a death-row prisoner she met, further explored female oppression through the story of a young girl who was forced into an unwanted marriage, prostitution, and ultimately executed for killing her pimp. In a notable passage, the narrator tells the condemned woman she is considered “a savage and dangerous woman,” to which she replies, “I am speaking the truth. And the truth is savage and dangerous.”

“She voiced her opinion fearlessly regardless of any circumstances and was always fair,” said Alma Korkor, a Syrian-born activist based in Washington, DC, who 15 years ago spent 5 days with El Saadawi at an Arab writers’ conference in Damascus. “We grew up reading her books in Syria.

“She was a shining light, a beacon for freedom and equal human rights, not just rights for women,” said Korkor, of the American-Arab Anti-Discrimination Committee.

In 1977, El Saadawi wrote The Hidden Faces of Eve, which outlined her experiences as a village doctor who witnessed sexual abuse, honor killings, and prostitution.

Four years later, she founded the Arab Women’s Solidarity Association, which combined feminism with pan-Arabism. That same year, 1981, the iconic activist was jailed for conspiracy under President Anwar Sadat and spent the 3 months writing her Memoirs From the Women’s Prison (1983) using an eyeliner pencil on toilet paper.

During the 30-year regime of President Hosni Mubarak, she spent nearly two decades in exile, teaching at several US universities, including Duke, the University of Washington, Yale, Harvard, and Columbia.

“She just exuded charisma. She could give a talk to a thousand people, and at the end it was always a standing ovation,” said Miriam Cooke, a Duke professor emerita of Arab cultures who helped bring El Saadawi to North Carolina after she was placed on the Muslim Brotherhood’s death list. “She could be very rough but also enormously funny.”

Since El Saadawi’s death, messages have poured in from former students saying how much El Saadawi had changed their lives with her course, Creative Dissidence, Cooke said.

After returning to Egypt in 1996, she elaborated on her life of rebellion in her 1999 memoir, Daughter of Isis.

Knowing “How to Live”

El Saadawi, who said she became more radical with age, established the Egyptian chapter of the Global Solidarity for Secular Society in 2009. This group petitioned the government to abolish Islam as the state religion and the requirement that one’s religion be specified on identity cards. During the Arab Spring in 2011, she took to the streets at age 79 to protest the Mubarak regime in Tahrir Square.

Asked in a 2018 interview with the BBC if she should tone down her criticism, she fired back, “No, I should be more aggressive, because the world is becoming more aggressive, and we need people to speak loudly against injustices.” In 2020, Time magazine named her one of the 100 most influential women of the past century.

Garnering several honorary doctorates as well as the North-South Prize from the Council of Europe, the activist was also the subject of a 2017 BBC documentary, She Spoke the Unspeakable.

El Saadawi railed as much against the revealing dress and heavy makeup of Western women as the modest veiling of their Middle Eastern sisters, contending that both reduced women to the status of mere bodies and served to hide “the face of Eve.” But not all Arab women agreed with her rigid stance against the hijab, saying that it denied choice.

Writing of her death on Twitter, Somali-born Muslim-American congresswoman Ilhan Omar noted El Saadawi’s eloquence and said she was perceived as both “an inspiration and threat.”

On learning of her death, Turkish-British author Elif Shafak tweeted, I can never forget Woman at Point Zero. Such a sad loss for our region, our world. Rest in peace, rest in power, sisterhood and books.”

The last word belongs to El Saadawi, who wrote in Woman at Point Zero: “I will die, and you will die. The important thing is how to live until you die.”

Diana Swift is a medical journalist based in Toronto. She can be reached at [email protected]