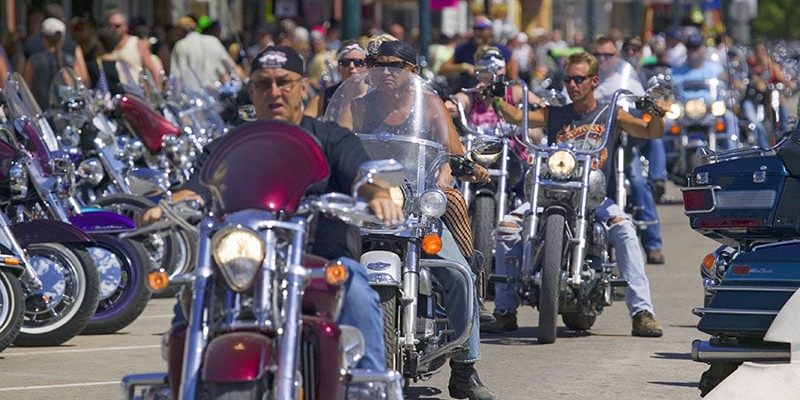 Motorcycle rallies are known for their spectacles of noise, chrome, and leather ― but they may result in something else, too: organs for transplantation.

A study published in JAMA Internal Medicine found that the number of organ donors and transplant recipients increased significantly during major rallies in the areas that host the events in comparison with before or after the gatherings.

The towns that hold the rallies and the motorcycle enthusiasts who attend may experience social and economic benefits. But understanding the possible health consequences can help participants and organizers anticipate risk and make plans to minimize it, the researchers say.

“Our priority should be to make risky events like motorcycle rallies as safe as they can be,” Anupam Jena, MD, PhD, a professor of healthcare policy at Harvard Medical School, Boston, and a co-author of the new study, said in a press release. “But it’s also critical to have a clear understanding of how these events impact the health of individuals and the health care systems that we all rely on so that we can give participants, event organizers, and policymakers the context and data they need to make smart choices.”

The researchers say that while donation education, outreach, and donor registration could help prevent excess morbidity and mortality from motorcycle deaths, organ procurement organizations might be able to maximize donation rates.

The number of people riding motorcycles increased from 4.8 million in 2002 to 8.6 million in 2021, according to the Insurance Institute for Highway Safety. Motorcycles were linked to 10% of transportation deaths in 2020, according to the National Highway Traffic Safety Administration. A 2011 study published in The Journal of Law and Economics found that each year, 12% of organ donors involve motorcycle-related deaths.

For the new study, Jena and his colleagues analyzed data from seven major motorcycle rallies throughout the United States, including events in Sturgis, South Dakota ― reputed to be the world’s largest such congregation ― Austin, Texas, Daytona Beach, Florida, and Laconia, New Hampshire. The massive rallies draw hundreds of thousands of visitors over the course of several days. Sturgis and Daytona each routinely attract 500,000 or more bikers.

Compared with the 4 weeks before and after the rallies, the number of organ donors and organ transplants rose 21% and 26%, respectively, per day in the areas that hosted the events in comparison with their usual levels, according to the researchers.

To rule out factors not related to bike rallies, the researchers compared figures from the rally locations with data from other regions not affected by the rallies and then evaluated trends in the rally regions at other times of the year, according to the press release.

Deceased donors accounted for 84% of transplant donations, say the researchers.

Large crowds and congested roads, as well as fatigue among motorcyclists driving long distances to and from rallies, accounted for the increases in organ transplants, according to the researchers. They also attribute the increase to organ procurement organizations’ ability to identify potential donors and maximize the organs used per transplant.

The number of organ donors rose 14% per day during rallies, according to the researchers. However, the number of available organs was not enough to relieve the critical shortage of donor organs that the nation faces, even for a brief period, they report.

The average number of donated organs was three, saving an average of eight lives per donation, according to Grace Yuan Zhang, MD, a resident at the University of California, San Francisco, School of Medicine, and Mitchell H. Katz, MD, CEO of NYC Health and Hospitals, New York City’s municipal health and hospital system, in an editorial accompanying the journal article.

“The findings provide a reminder to practice safety while practicing high-risk activities and to consider opting-in to become an organ donor to help save lives,” they write.

The data for the study were supplied by Hennepin Healthcare Research Institute, which is a contractor for the Scientific Registry of Transplant Recipients. The authors’ relevant financial relationships are listed in the original article.