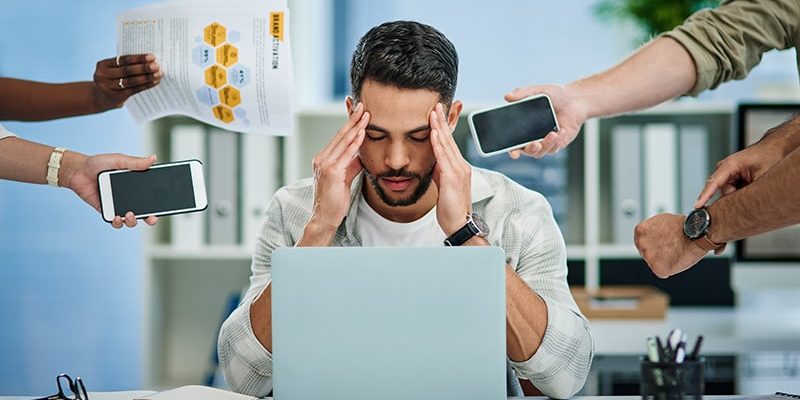 Almost a third of patients with migraine have experienced some form of stigma, new research shows.

Even those experiencing only a few headaches a month said they experienced negative attitudes from others about migraine.

“We have been utterly blind to the burden people with migraine experience in terms of how their disease is appreciated by others. It’s time to get busy and address this very stubborn social phenomenon,” the study’s co-investigator, Robert E. Shapiro, MD, PhD, professor emeritus, Department of Neurological Sciences, Larner College of Medicine, University of Vermont, told Medscape Medical News.

The findings were presented at the American Headache Society (AHS) Annual Meeting 2022.

Stigma is defined as the discounting or discrediting of an individual with a trait that deviates from social norms. To date, there have been no significant population-based studies of how these attitudes affect individuals with migraine.

OVERCOME is a cross-sectional, longitudinal, prospective, web-based survey conducted in a representative sample of the US population. For this new analysis, researchers pooled data from surveys conducted in 2018, 2019, and 2020.

The analysis included 59,004 respondents (mean age, 41.3 years; 75% women; 70% White) who reported one or more headache or migraine attacks during the previous 12 months and who met criteria for migraine from the International Classification of Headache Disorders. Among the patients, 35% had a college degree, and 89% suffered episodic-type headaches.

One of the Most Stigmatizing Disorders

Results showed that 31.7% of participants reported experiencing stigmatization from one or both migraine-related stigma categories often or very often ― a result Shapiro characterized as “pretty shocking.”

Participants with chronic headaches, defined as having 15 or more headache days per month, made up 11% of the sample. About 47% of these respondents felt stigma often or very often.

However, even 25% of participants with three or fewer headache days per month reported stigma.

“This is a fundamental tip that we are not really understanding the concerns that drive burden for people living with this disabling disease,” Shapiro said.

Some previous studies that compared levels of stigmatizing attitudes regarding various diseases showed that migraine is more stigmatized than even epilepsy, a condition “equated with demonic possession in biblical times,” he noted.

One study used machine learning to measure the number of pejorative or negative terms associated with various diseases. “Shockingly, migraine was one of the most stigmatized diseases,” said Shapiro. “It was as stigmatized as gonorrhea by certain measures.”

Results from the new study showed that, irrespective of the number of headache days experienced per month, there was a threefold increase in interictal burden among those reporting stigma often or very often compared with those who didn’t report stigma.

“Stigma is a social concept, so maybe it’s not surprising that it would be present whether or not someone is experiencing other symptoms of migraine,” said Shapiro.

Across all monthly headache days, experiencing more migraine-related stigma was associated with increased disability and decreased quality of life.

Shapiro noted that when it comes to migraine-specific quality of life, stigma appears to have more of an effect than number of headache days.

“That means there are big gaps in our appreciation for what drives the burdens in the patient experience of living with this disabling disease,” he said.

He added that headache’s place within the migraine sphere needs to be reconsidered. “Its singular emphasis has limited our full appreciation of this disease and how we should be paying attention to the things that are important to patients,” he said.

Shapiro predicts that future clinical trials will include migraine-related stigma as a measure to guide trial enrollment.

Missing social occasions and lost productivity may make migraine more visible to others and so perhaps may “provoke stigma or stigmatizing comments or stigmatizing attitudes,” said Friedman, who was not involved with the research.

She noted that patients with migraine might also have trouble functioning in the workplace. “They may not be able to tolerate the computer screen or smells of perfume at the office and not get accommodation for that,” she said.

In addition to external stigma, which was investigated in the study, individuals with migraine may also experience internal stigma ― blaming themselves for their disease, which may make it less likely they will seek care, said Friedman.

“That’s a huge problem,” she added.

The OVERCOME study is funded by Lilly. Shapiro has been compensated by Lilly as a research consultant and as a member of the data monitoring committee for clinical trials for galcanezumab, a Lilly pharmaceutical. Friedman has reported no relevant financial relationships.