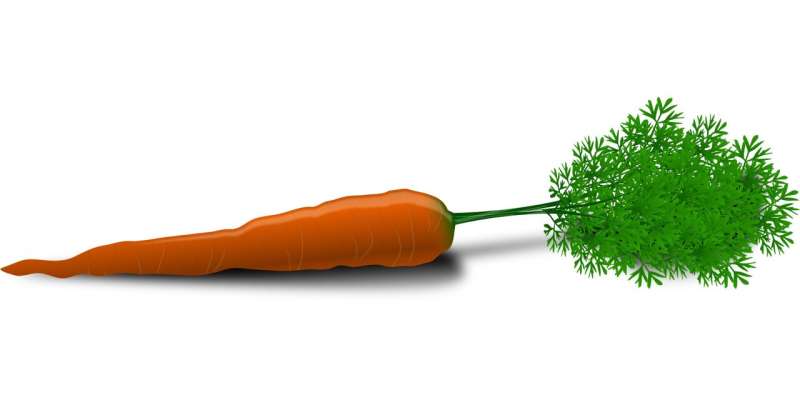 Vitamin A deficiency is the world’s leading cause of blindness, and in severe cases, it can be fatal. About one-third of the global population of preschool-aged children suffer from this vitamin deficiency, which is most prevalent in sub-Saharan Africa and South Asia.

MIT researchers have now developed a new way to fortify foods with vitamin A, which they hope could help to improve the health of millions of people around the world. In a new study, they showed that encapsulating vitamin A in a protective polymer prevents the nutrient from being broken down during cooking or storage.

“Vitamin A is a very important micronutrient, but it’s an unstable molecule,” says Ana Jaklenec, a research scientist at MIT’s Koch Institute for Integrative Cancer Research. “We wanted to see if our encapsulated vitamin A could fortify a food vehicle like bouillon cubes or flour, throughout storage and cooking, and whether the vitamin A could remain biologically active and be absorbed.”

In a small clinical trial, the researchers showed that when people ate bread fortified with encapsulated vitamin A, the bioavailability of the nutrient was similar to when they consumed vitamin A on its own. The technology has been licensed to two companies that hope to develop it for use in food products.

“This is a study that our team is really excited about because it shows that everything we did in test tubes and animals works safely and effectively in humans,” says Robert Langer, the David H. Koch Institute Professor at MIT and a member of the Koch Institute. “We hope this opens the door for someday helping millions, if not billions, of people in the developing world.”

Jaklenec and Langer are the senior authors of the new study, which appears this week in the Proceedings of the National Academy of Sciences. The paper’s lead author is former MIT postdoc Wen Tang, who is now an associate professor at South China University of Technology.

Vitamin A is critical not only for vision but also the functioning of the immune system and organs such as the heart and lungs. Efforts to add vitamin A to bread or other foods such as bouillon cubes, which are commonly consumed in West African countries, have been largely unsuccessful because the vitamin breaks down during storage or cooking.

In a 2019 study, the MIT team showed that they could use a polymer called BMC to encapsulate nutrients, including iron, vitamin A, and several others. They showed that this protective coating improved the shelf life of the nutrients, and that people who consumed bread fortified with encapsulated iron were able to absorb the iron.

BMC is classified by the FDA as “generally regarded as safe,” and is already used in coatings for drugs and dietary supplements. In the new study, the researchers focused on using this polymer to encapsulate vitamin A, a nutrient that is very sensitive to temperature and ultraviolet light.

Using an industrial process known as a spinning disc process, the researchers mixed vitamin A with the polymer to form particles 100 to 200 microns in diameter. They also coated the particles with starch, which prevents them from sticking to each other.

The researchers found that vitamin A encapsulated in the polymer particles were more resistant to degradation by intense light, high temperatures, or boiling water. Under those conditions, much more vitamin A remained active than when the vitamin A was free or when it was delivered in a form called VitA 250, which is currently the most stable form of vitamin A used for food fortification.

The researchers also showed that the encapsulated particles could be easily incorporated into flour or bouillon cubes. To test how well they would survive long-term storage, the researchers exposed the cubes to harsh conditions, as recommended by the World Health Organization: 40 degrees Celsius (104 degrees Fahrenheit) and 75 percent humidity. Under those conditions, the encapsulated vitamin A was much more stable than other forms of vitamin A.

“The enhanced stability of vitamin A with our technology can ensure that the vitamin A-fortified food does provide the recommended daily uptake of vitamin A, even after long-term storage in a hot humidified environment, and cooking processes such as boiling or baking,” Tang says. “People who are suffering from vitamin A deficiency and want to get vitamin A through fortified food will benefit, without changing their daily routines, and without wondering how much vitamin A is still in the food.”

When the researchers cooked their encapsulated particles and then fed them to animals, they found that 30 percent of the vitamin A was absorbed, the same as free uncooked vitamin A, compared to about 3 percent of free vitamin A that had been cooked.

Working with Biofortis, a company that does dietary clinical testing, the researchers then evaluated how well vitamin A was absorbed in people who ate foods fortified with the particles. For this study, the researchers incorporated the particles into bread, then measured vitamin A levels in the blood over a 24-hour period after the bread was consumed. They found that when vitamin A was encapsulated in the BMC polymer, it was absorbed from the food at levels comparable to free vitamin A, indicating that it is readily released in bioactive form.

Two companies have licensed the technology and are focusing on developing products fortified with vitamin A and other nutrients. A benefit corporation called Particles for Humanity, funded by the Bill and Melinda Gates Foundation, is working with partners in Africa to incorporate this technology into existing fortification efforts. Another company called VitaKey, founded by Jaklenec, Langer, and others, is working on using this approach to add nutrients to a variety of foods and beverages.

Previous: This Woman's BF Got on Her Case for How She Fought His Medical Bill & Reddit Is Gobsmacked
Next: The words that told little Dylan-James's mother his cancer was back
Pet Care News