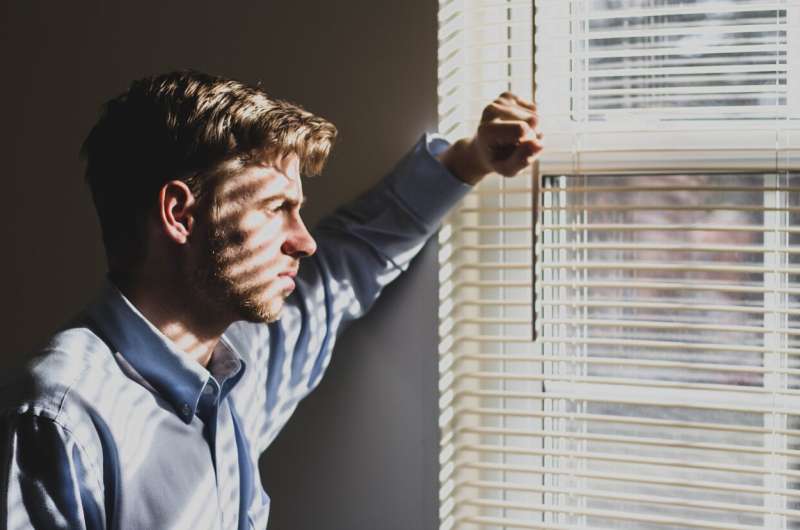 Few of us would question the need to break the silence around mental illness. Countless campaigns have drilled into us that such silence is harmful and that we should try to break it wherever we find it.

Britain Get Talking is one such campaign. It launched with a splash on Britain’s Got Talent a few years ago when hosts Ant and Dec paused the show for a minute to allow viewers to talk to each other about their mental health. When the minute ended, Ant declared: “See, wasn’t hard, was it?”

Doubtlessly, campaigns like this have helped many people open up about their mental health problems, particularly those who have stayed silent because of prejudice and stigma.

In fact, silence in mental illness comes in many forms.

Some kinds of silence form part of mood disorders like depression. People who have written about their experiences of depression often describe losing their ability to form thoughts and feeling unable to speak.

For example, the author Andrew Solomon recalls that he “could not manage to say much”. Elaborating, he writes, “Words, with which I have always been intimate, seemed suddenly very elaborate, difficult metaphors the use of which entailed much more energy than I could possibly muster.”

This aspect of depression is well-known in mental healthcare. Thinking and speaking less are actually considered two different symptoms of depression. Some research even suggests silence is such a reliable symptom that it might be possible to develop automated tools that diagnose depression based on a person’s patterns of speech.

If you’re experiencing this sort of “depressed silence”, being confronted with campaigns and people urging you to speak might not help, regardless of their good intentions. After all, the problem isn’t that others aren’t open to what you have to say or that they might react poorly to it. It is that you have nothing to say.

Other kinds of silence might be empowering. Some with mental illness are defiantly silent because the people around them ask unwelcome questions or give them unhelpful input. They might wisely choose to save difficult conversations for their therapist.

Such a choice isn’t necessarily rooted in stigma. That someone is well-meaning and knows some facts about mental health doesn’t mean they are the right person to talk to about mental illness.

Silence in mental illness can also feel good. While some people struggle to think and speak, others struggle with thinking and speaking too much.

That might, for example, be the case for someone with bipolar disorder, who experiences episodes of depression as well as mania, which often involves racing thoughts and a compulsion to speak. For such people, moments of peaceful silence can be a hard-won achievement, and sometimes they pay a tragically high price for it.

We rarely hear about these other sides of silence in mental illness. But therapists have recognized the role of silence in supporting mental health, at least since Donald Winnicott published his seminal paper The Capacity to be Alone. And silence in some form is a key element in meditation, which studies have shown can prevent the recurrence of depression.

The silences I have described should perhaps be broken under the right circumstances. Since depressed silence seems to form part of the depressive illness, it may be something the patient has to break with the help of a mental healthcare professional as part of their recovery. Along similar lines, someone might benefit from breaking their peaceful silence in therapy, even if the silence feels good.

For whatever reason, many people won’t find those circumstances with their family, friends, or colleagues, despite the encouragement of a celebrity on TV. The fact is that it is very hard to talk about mental health problems, even with people who love and support us. Sometimes that is because of stigma, but sometimes it isn’t.

We should, of course, continue to strive to make it easier for people to open up about their mental health problems in the right setting. But we have to get rid of the rhetoric that pressures people to break the silence without regard for why they are silent or if speaking would benefit them.