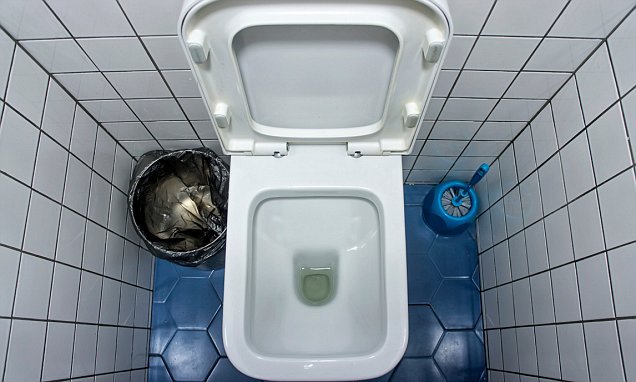 Having ‘invisible’ blood in your stools makes you 58% more likely to die young, concludes major study

Having ‘invisible’ blood in your stools significantly boosts your chances of dying young, a study has found.

Scientists found adults with traces of blood in their faeces are nearly 60 per cent more likely to face an early grave.

A test to pick up traces of unseen blood in faeces is currently used to screen for bowel cancer in older people.

But researchers now believe the faecal occult blood test (FOBT) may also be ‘the window to general health’. Occult means hidden or unknown. 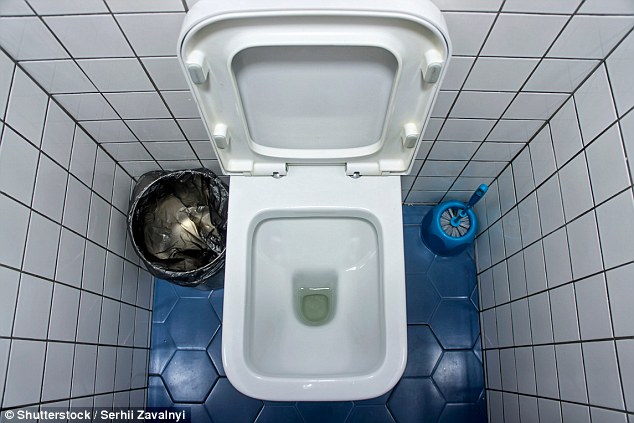 Dundee University tracked the survival of around 2,700 people whose FOTB test showed up as positive over a period of 16 years.

Their survival rates were compared against more than 131,000 participants who tested negative for the invisible blood in their faeces.

Subjects who scored positive for FOBT were almost eight times more likely to die from bowel cancer, than those who scored negative.

Researchers led by Professor Robert Steele also found a positive FOBT was linked with a 58 per cent heightened risk of early death from all causes.

Both findings remained true after gender, age, and deprivation were taken into account – four factors than can affect survival.

A positive FOTB test was linked most to a greater risk of death from circulatory, respiratory, digestive tract, neuropsychogical, blood and hormone diseases.

While it was also strongly linked with death from other types of cancer, excluding bowel, according to the study published in the journal Gut.

WHAT IS YOUR POO TELLING YOU?

We’re all obsessed with our bowel movements – but have you ever considered what they’re trying to tell you?

Blood in our stools is the tell-tale sign of bowel cancer, while changes in appearance can be a sign something sinister is up.

Experts came up with a chart in 2016, which shows healthy examples and advises people to check for changes, especially those that last for more than three weeks.

Stools that look dark – or tar-coloured – can be a sign of the disease, with patients advised to consult their doctor immediately.

Bowel or colorectal cancer is the third most common cancer in the world, with nearly 1.4 million new cases diagnosed in 2012 – the most recent figures to date.

This is an observational study, and as such, can’t establish cause. And there are no obvious explanations for their findings.

But the researchers speculate inflammation, which can cause gut bleeding seen in a positive FOBT test, may provide the missing link.

Evidence exists to show that many cancers and Alzheimer’s can develop against a background of chronic inflammation, among other conditions.

They claimed half of bowel cancer screening patients who test FOTB positive don’t actually have the deadly disease.

But a positive result could be used to alert those participants that they may be at risk of other life-limiting illnesses, the researchers said.

Professor Uri Ladabaum, of Stanford University, argued hidden stool blood ‘may be telling us more than we might have thought’.

In a linked commentary to the study, he wrote: ‘If the eye is the window to the soul, is a faecal test the window to general health?’

Older age, increasing levels of deprivation, and male gender were associated with a greater likelihood of a positive test result.

Prescriptions for aspirin or other drugs that boost the risk of digestive tract bleeds were also more likely to be associated with a positive test result.

Previous: Declines in Vision Tied to Age-Related Cognitive Decline
Next: Why You Really Need to Stay Inside for ‘Spare the Air’ Days
Related posts
Pet Care News