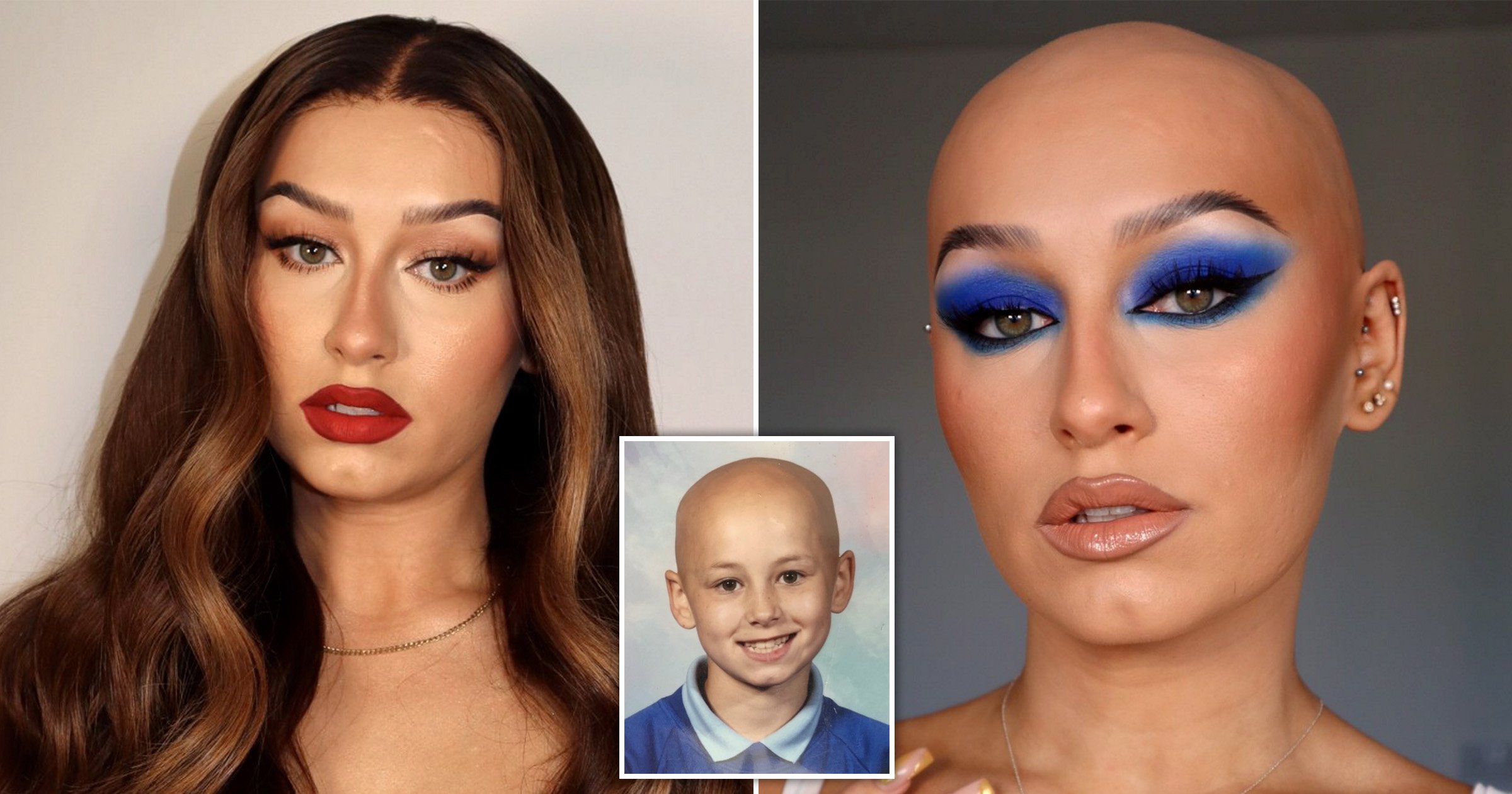 Danielle Gilbert has suffered from hair loss since she was a baby – but after years of low self-esteem, wants to encourage other people with alopecia to feel confident.

The influencer, who goes by Dani G on social media, regularly shares beauty looks on TikTok as well as videos explaining how to expertly fit a wig.

Danielle, from County Durham, said: ‘I want to be the person that young girls can look to and feel normal.’

The 24-year-old has suffered from hair loss since she was 18-months-old when she started losing clumps of her hair.

Danielle explains: ‘I had a full head of hair up until 18-months old.

‘My mum noticed a bald patch and took me to the doctors. At first they dismissed it and said it was baby alopecia, and it would grow back.

‘Eventually, I was referred to the dermatologist and at the age of two I was diagnosed with alopecia.’

Danielle had a bald spot the size of a 20p piece as a toddler, and as her hair continued to fall out, she eventually shaved it all off at just six-years-old.

She’s been completely bald ever since.

She says: ‘I developed more bald spots and I had only a few strands of hair on my head so I decided to shave it off.

‘My parents were incredibly supportive and they told me it looked really cool, which gave me confidence.’

By the time she was 15, Danielle had also lost all of her body hair, including her eyebrows and eyelashes.

She added: ‘I’ve always tried to embrace my alopecia but when I lost my eyebrows and eyelashes at the age of 14, I felt as though I was losing my identity.

‘As a teenager you’re trying to figure out who you were but that was extremely difficult.

‘By the time I went to university, my confidence was shattered and it was incredibly difficult to make friends.

‘I often isolated myself as my alopecia held me back.’

After losing her eyebrows and eyelashes, Danielle started experimenting with make-up to feel more confident. She’s exploded on TikTok, and now has more than 613,000 followers.

She added: ‘I wanted to raise awareness of alopecia and show people that you can be beautiful and love yourself.

‘When I was a teenager, there was no influencers who looked like me and that knocked my self-esteem.

‘I started experimenting with make-up because I wanted to feel beautiful.

‘I’m much more confident now than I have ever been.’

Danielle is also supported by her boyfriend.

She says: ‘I’m in a fantastic relationship with a man who loves me – with or without my wig.’