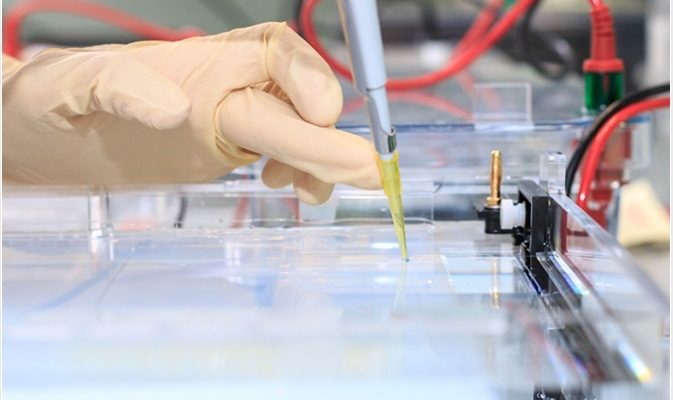 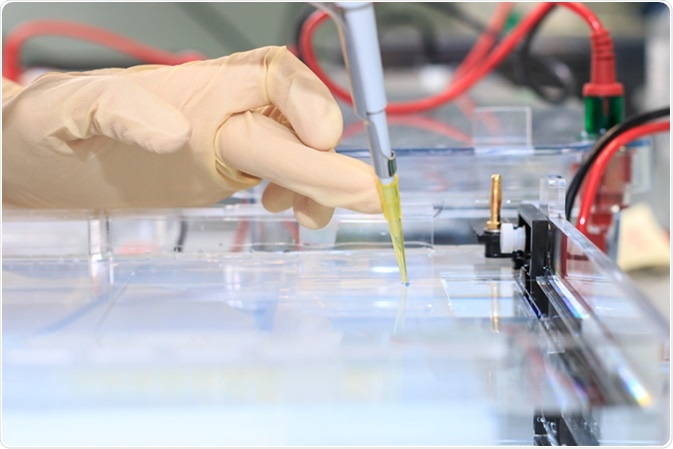 Loading the blue DNA samples into the agarose gel for the separation of DNA fragments. Image Credit: Mariia Mikhailova / Shutterstock

Illumina sequencing is a form of next-generation sequencing that uses clonal amplification and sequencing-by-synthesis to rapidly read large stretches of DNA. The technology was originally developed by David Klenerman at the University of Cambridge, and commercialized by Solexa in 1998. Illumina acquired the technology when it purchased Solexa in 2007, and has continued to develop it.

Illumina’s method is similar to Sanger sequencing, which uses chain-terminating di-deoxynucleosidetriphosphates (ddNTPs) to terminate sequences at specific nucleotides. DNA strands are sequences of the base pairs adenosine, thymine, cytosine, and guanine, and are built by assembling the corresponding deoxynucleosidetriphosphates–dATP, dTTP, dCTP, and dGTP. Collectively, these are called dNTPs.

In Sanger sequencing, the chain-terminating ddNTPs are mixed into the reaction with the dNTPs. The ddNTPs are randomly incorporated by DNA polymerase while replicating DNA. So instead of many copies of the full DNA chain, the result contains copies of all different lengths of the chain, for every link of the chain. These sequences are then be separated by side using polyacrylamide gel electrophoresis.

Instead of ddNTPs, however, Illumina uses reversible terminators attached to a normal deoxynucleosidetriphosphate (dNTP). The terminator blocks further polymerization, but not permanently, so the base can be read, the terminator removed, and another cycle of polymerization can be begun.

Detection is by a fluorescent label bonded to the dNTP. A single color of dye is used, and each of the four dNTPs are added separately in sequence to distinguish them.

Another difference from Sanger sequencing is that DNA fragments are fixed to a solid surface for sequencing. The fragments are amplified in place to create about a million copies of each template in each cluster on the surface. These clusters are visible with Illumina’s imaging systems. Read lengths for Illumina sequencing are about 100 to 150 base pairs.

The main difference between Illumina and Roche 454 sequencing technology is read length. Roche 454 can read up to 1000 base pairs. The sequencing is carried out on spherical microbeads, rather than a flat, solid surface. Each bead has its own DNA fragment template, and these are amplified by PCR, and then placed in wells on a glass slide. A sequencing-by-synthesis process similar to Illumina’s is then carried out.

Ion Torrent sequencing is a sequencing-by-synthesis platform that makes use of the chemistry of the polymerization reaction to detect addition of a nucleotide to the DNA chain. It is otherwise similar to Roche 454 sequencing, with the template DNA fragments fixed to a microbead, amplified on the microbead, and then sequenced in wells on a glass slide. The bases thymine (T), adenine (A), guanine (G), and cytosine (C) are added sequentially, and a pH change indicates whether a base has been added each cycle.

SOLiD sequencing was developed by Life Technologies and eventually acquired by Thermo Fisher Scientific. SOLiD makes use of magnetic beads as a matrix for DNA template fragments. The method is known as sequencing-by-ligation. Instead of DNA polymerase, it makes use of DNA ligase to identify the unknown bases in a strand.

A mixed pool of fluorescently labeled oligonucleotides is added to the reaction mixture. DNA ligase preferentially binds the oligonucleotide that matches the template sequence. SOLiD identifies two bases out of every five. When probe extension is complete, the ligated probes are removed and the process is started over with a linker to offset the template. Repeated cycles fill in the entire sequence.

Catherine Shaffer is a freelance science and health writer from Michigan. She has written for a wide variety of trade and consumer publications on life sciences topics, particularly in the area of drug discovery and development. She holds a Ph.D. in Biological Chemistry and began her career as a laboratory researcher before transitioning to science writing. She also writes and publishes fiction, and in her free time enjoys yoga, biking, and taking care of her pets. 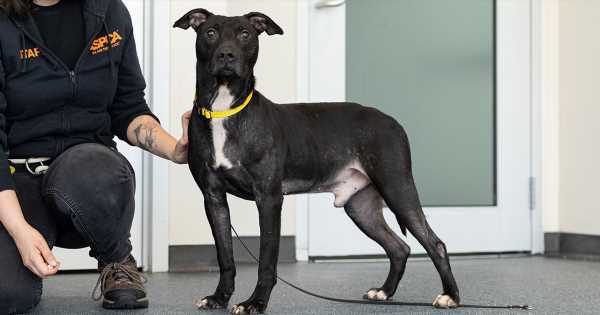 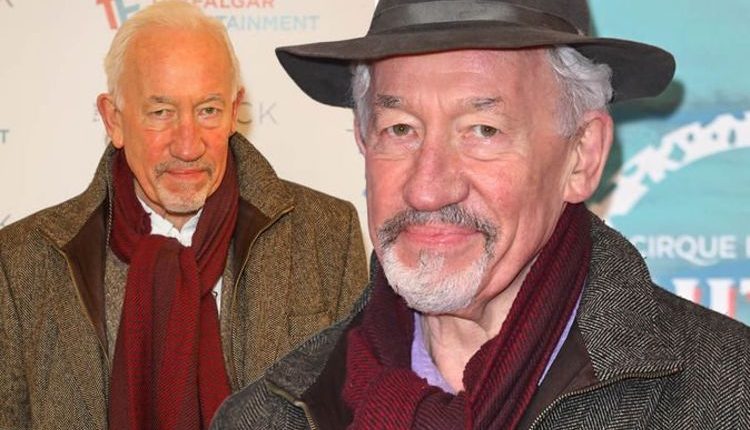 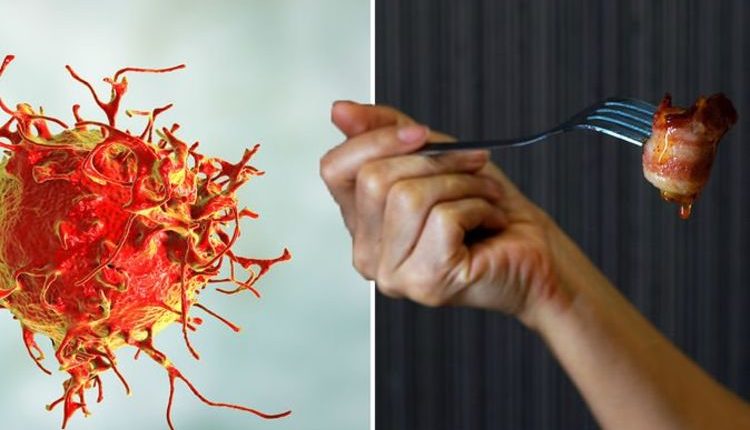 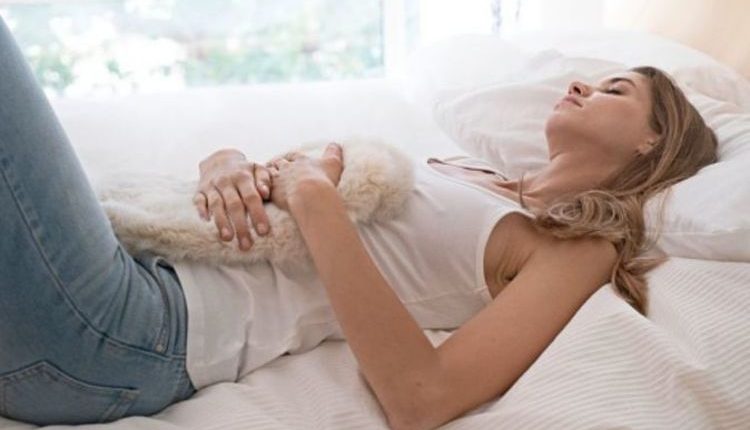 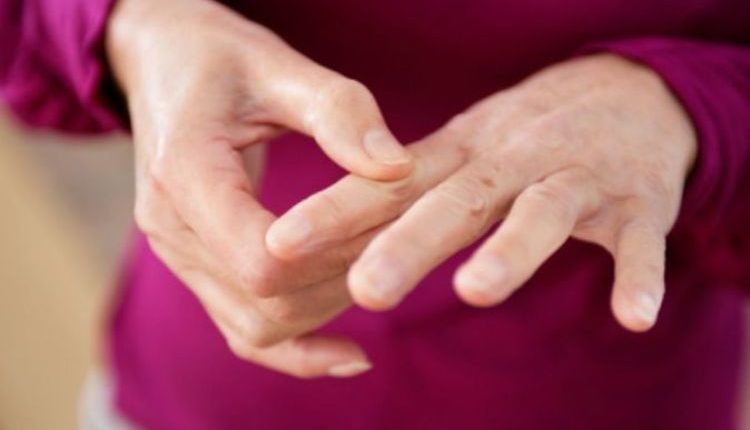 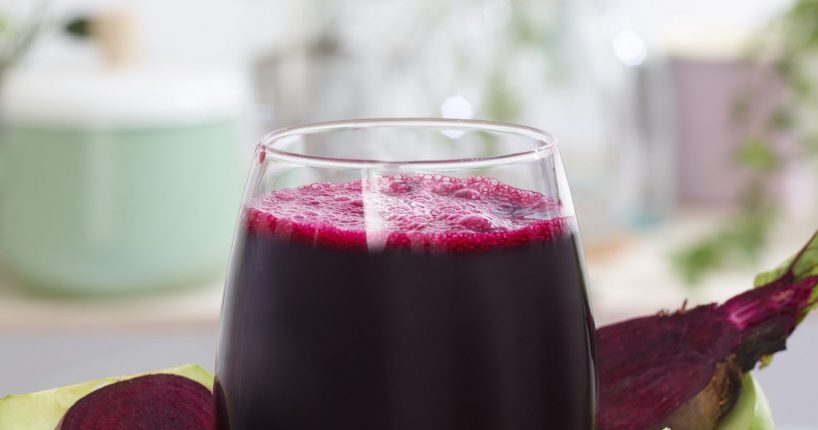