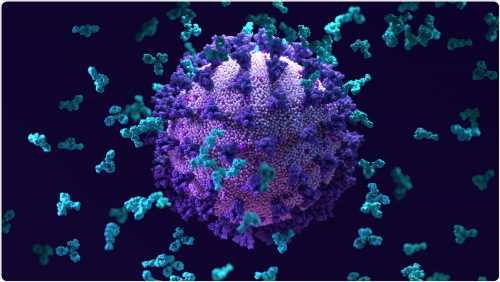 Mutations in the S1 subunit may cause changes in the structure of the S protein and RBD and enhance the binding of the virus to the receptor. This may render an increased risk of transmission and severity of the illness along with reduced neutralization capacity by antibodies. 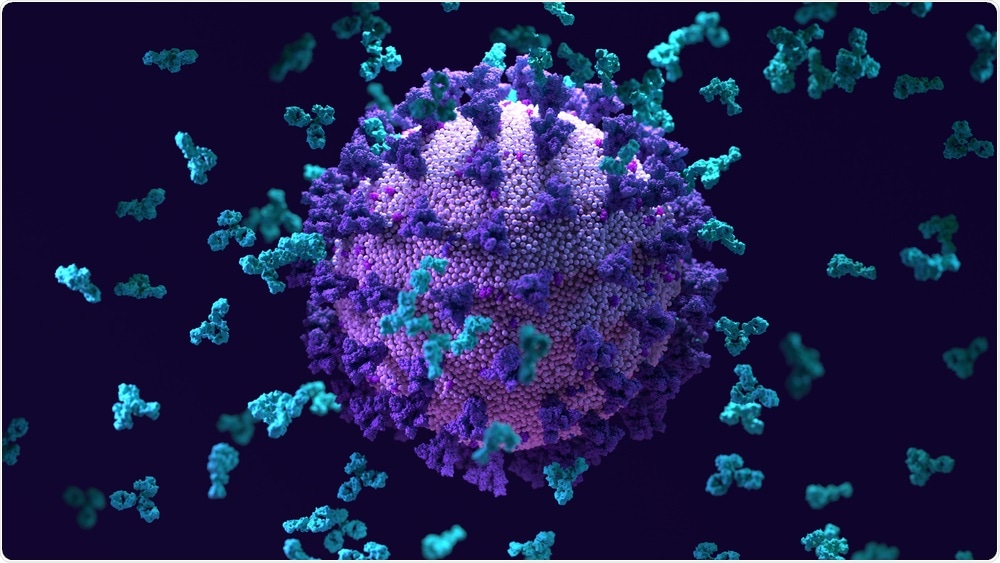 Study: Immunity to SARS-CoV-2 up to 15 months after infection. Image Credit: Design_Cells / Shutterstock

Overall, 188 serum or plasma samples were collected from 136 COVID-19 patients – 98 from Italy and 38 from Sweden, who had a mild-to-severe disease. Plasma from 108 historical negative controls was also analyzed; plasma anti-RBD and anti-S antibody titers were measured.

The results revealed that at the peak of antibody response, anti-RBD immunoglobulin (Ig)M and IgA were increased in 77% and 85% of convalescent patients, respectively. However, they quickly decreased from 1-3 months and were detected in less than 4.5% and 11% of the patients tested between 6 and 15 months.

Meanwhile, plasma IgG antibodies binding to SARS-CoV-2 RBD and S protein increased in 94% of COVID-19 convalescent participants at 15-28 days of symptoms onset. The median titers gradually decreased by less than 4-fold, from the peak of the antibody response, until six months. Thereafter, they remained steady for up to 15 months.

The half-lives of anti-RBD and anti-S IgG antibody responses were 134 and 113 days, respectively, which were shorter in patients with mild or moderate disease than in severe or critical disease. It was also found that the specific IgG antibody titers plateaued after six months.

Furthermore, the plasma RBD and S-specific IgG antibody titers, 14-35 days post one dose of vaccine, were similar to those six months after infection. While responses after the second dose of vaccine corresponded to those observed at the peak of the antibody response in convalescent patients.

It was also found that neutralization susceptibility to antibodies persisted longer in patients who endured severe or critical illness. Between 9 to 15 months after infection, the majority of the samples elicited neutralizing activity against all strains; however, the proportion was lower for the gamma strain.

Contrastingly, RBD-specific IgG-producing B cells were maintained in relatively high numbers in all patients followed up between 6- and 15-months post-infection. However, the intensity and duration of the B cell response were not dependent on the disease severity.

Cross-sectional analysis of SARS-CoV-2-specific memory T cell responses in COVID-19 patients in relation to disease severity. Dynamics of S1 (A-C) and S N M O (D-F) peptide pools-specific memory IL-2, IFN-γ, and IL2/IFN-γ-producing T cells in samples from COVID-19 patients with mild/moderate (A) and severe/critical (B) symptoms with the corresponding second order polynomial (mild/moderate) or log-normal (severe/critical) fitting curve (in black). The results were expressed as the number of spots per 300,000 seeded cells after subtracting the background spots of the negative control. Symbols represent individual subjects. The cutoff value (dashed red line) was set at the highest number of specific T cell spots for the negative controls (> 6 to 13 spots / 300 000 seeded cells depending on the T cell population). Mann-Whitney U test.v

In addition, a peak in T-cell response was noted between 3 and 6 months after infection, followed by a significant decrease at 12-15 months.

The sustained persistence of RBD-IgG titer over time suggests the generation of long-lasting plasma cells. In addition, the results indicated that SARS-CoV-2-specific IgG antibodies might be present for a more extended period in some individuals.

Functional neutralizing antibodies specific to SARS-CoV-2 – anti-S and anti-RBD are essential for viral neutralization and viral clearance. The degree of protection might depend on the initial immune response to viral sensitization and generation of memory B and T cells. Moreover, circulating memory B and T cells and neutralizing antibodies are present in most convalescent patients for up to 15 months after SARS-CoV-2 infection. 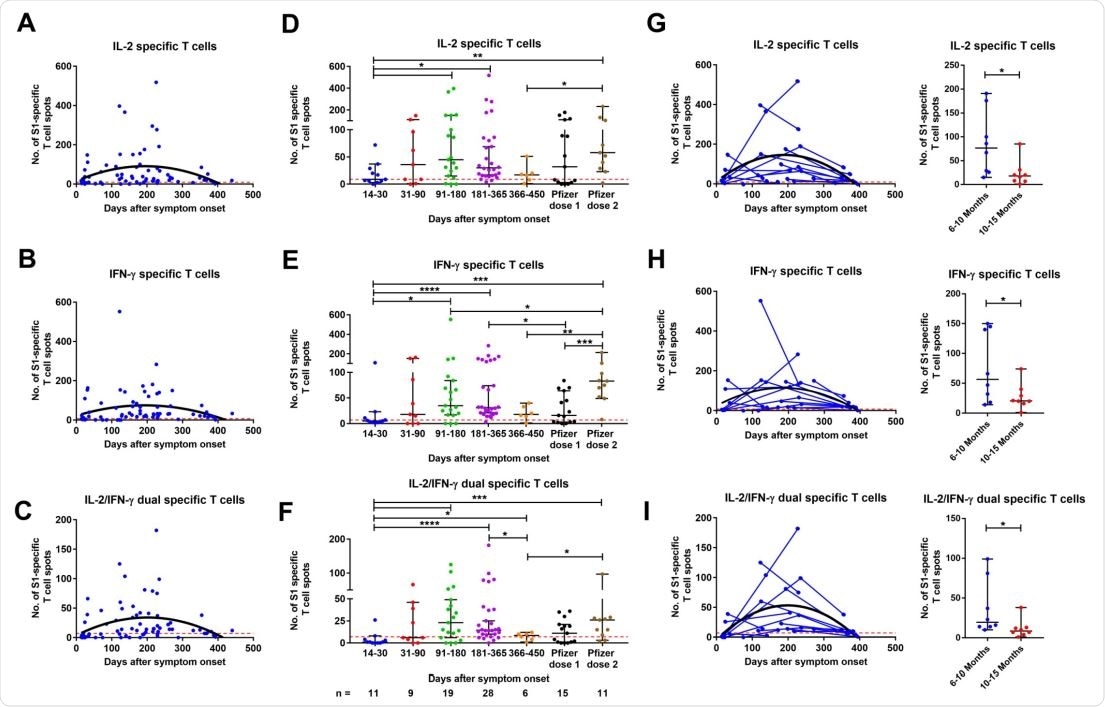 Recent studies demonstrated that Pfizer-BioNTech and AstraZeneca vaccines were less effective in preventing severe infection or acute disease by the Delta strain than the other strains. In addition, even immunity that has developed during the previous waves of the infection may not be fully protective against reinfection with Delta and other VOCs. Thus, convalescent patients do benefit from vaccination.

Despite rapid and robust immune responses in naturally infected individuals after two doses of vaccination, further studies on the longevity of this immunity are warranted.

bioRxiv publishes preliminary scientific reports that are not peer-reviewed and, therefore, should not be regarded as conclusive, guide clinical practice/health-related behavior, or treated as established information.

I am a medical content writer and editor. My interests lie in public health awareness and medical communication. I have worked as a clinical dentist and as a consultant research writer in an Indian medical publishing house. It is my constant endeavor is to update knowledge on newer treatment modalities relating to various medical fields. I have also aided in proofreading and publication of manuscripts in accredited medical journals. I like to sketch, read and listen to music in my leisure time.