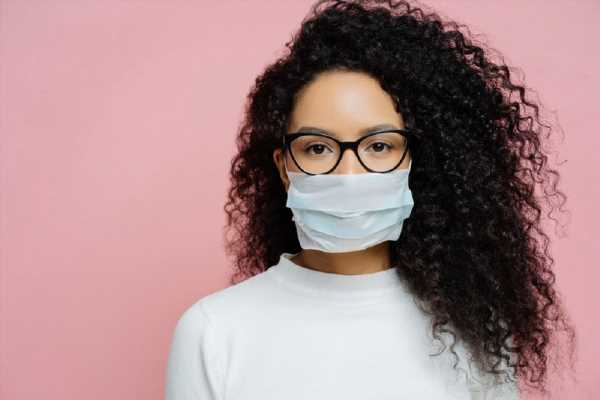 Home » Health News » How effective is the recommendation of wearing glasses to protect against SARS-CoV-2 and other respiratory virus infection?

In a recent study posted to the medRxiv* preprint server, researchers tested the effectiveness of wearing glasses in lowering the risk of contracting severe acute respiratory syndrome coronavirus 2 (SARS-CoV-2) and other respiratory viral infections in community backdrop.

Although the idea of using eye protection to prevent infection was proposed more than a century ago, it has received little attention outside the Personal Protective Equipment (PPE) worn by healthcare workers during the SARS-CoV-2 pandemic.

Observational studies have suggested a link between wearing eye protection and a decreased likelihood of coronavirus disease 2019 (COVID-19) and other respiratory virus infections. Yet, no randomized trials have been carried out in healthcare or community settings, as is the case with most non-pharmaceutical approaches for infection management.

In the present study, named GLASSY, the investigators performed randomized research to assess the efficacy of advising people to wear glasses in public as a form of defense against contracting SARS-CoV-2 and other respiratory viruses. They conducted a randomized, pragmatic experiment from February 2 to April 24, 2022, in Norway with all adults from the community who did not habitually use glasses and did not experience COVID-19 symptoms and SARS-CoV-2 infection in the previous six weeks. Moreover, the team adhered to the reporting standards for pragmatic studies established by the Consolidated Standards of Reporting Trials (CONSORT).

The authors used media, print, online advertisements, and emails to advertising an online portal to the Norwegian public and thereby recruited study volunteers from the survey panel members of two data-gathering companies. For two weeks, participants assigned to the intervention cohort were mandated to wear glasses, such as sunglasses, around other people in public places like shopping malls and public transportation. On the other hand, the researchers urged the control group not to wear glasses around other people outside their households.

The study results depicted that the team randomly assigned 3717 subjects for the research. All were located and tracked down from the registries, and 87% responded upon the study questionnaire's completion. The researchers noted that most subjects were female, the average age was 47 years, and received three or more COVID-19 vaccine doses.

The percentages of a SARS-CoV-2-positive test notified in the Norwegian registry were 3.7% across the intervention cohort, with 68 of 1852 tests. Further, it was 3.5% among the control arm with 65 of 1865 tests. Furthermore, 11.3% and 9.6% of people self-reported a positive COVID-19 test in the control and research groups, respectively.

Additionally, 71% of participants across the intervention group stated they always, almost always, often use glasses relative to the 11% in the control cohort. The usage of face masks was significantly more prevalent in the intervention group, which was a surprising finding given that problems wearing glasses and face masks together were the most frequently reported problems.

In both control and study groups, a comparable percentage of people took a SARS-CoV-2 test during the study period. When the participants were asked if they typically took public transit to get to work or school, the proportion who said they did was less in the study group.

In addition, 76 participants, 53 in the experimental arm and 23 in the control cohort, reported having adverse experiences while participating in the trial.

According to the authors, the current trial was among the few randomized studies assessing social and public health interventions for epidemic control.

Overall, the study findings showed that recommending eyeglasses could help to prevent respiratory infections in the general population. However, the investigators noted that the study requires replication to confirm the evidence because the current results were tentative.

Wearing glasses was a low-burden, simple, low-cost intervention with few unfavorable effects, so it may be worth considering as one option in the infection prevention arsenal even though the evidence was inconclusive and the impact was likely minimal at most. Moreover, the team encouraged others to perform identical pragmatic, simple trials.

medRxiv publishes preliminary scientific reports that are not peer-reviewed and, therefore, should not be regarded as conclusive, guide clinical practice/health-related behavior, or treated as established information.

Previous: Looking for a supportive sports bra? Here are 7 to try
Next: The real reason you need to wear a sports bra during your workout
Pet Care News