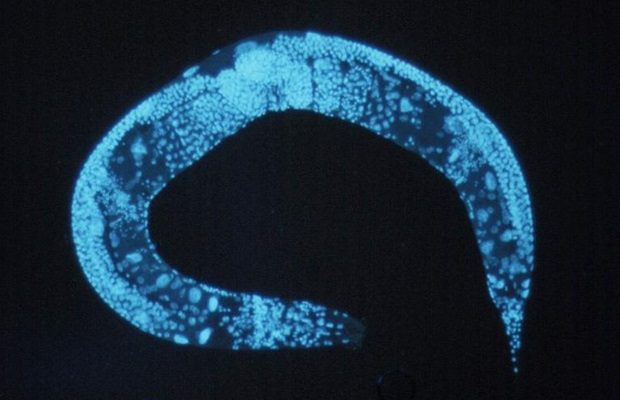 The study of microRNAs (miRNAs), small RNAs that play important roles in gene regulation in animals and humans alike, have long been a topic of interest to many. How these miRNAs control and regulate gene expression, a subject of great importance in biology and medicine, is often believed to hold the keys to providing effective cures, or strategies, to different phenomenon and symptoms, such as cancer, a result of cell mutations.

While miRNAs and their biogenesis in humans remain the area that attracts the most interest from scientists, the study of Microprocessor, a protein complex that initiates miRNA biogenesis, are often scarce and overlooked in other animals. Recently, a group of scientists at the Hong Kong University of Science and Technology (HKUST) put forward their effort to map out the fundamental mechanisms of C.elegans Microprocessor (cMP), paving the way for future studies into an area that would provide wider perspective on how miRNAs function as a whole across living beings.

Their research was published recently in the open-access journal, Nucleic Acids Research.

The molecular mechanism of C. elegans Microprocessor (cMP) has remained elusive since its discovery 18 years ago. Surely, the interest of many has been drawn to the study of miRNA in human beings for good reasons. But the lack of information and fundamental understanding in this complex in C. elegans has driven us to dive in.”

Prof. Nguyen and his team investigated the molecular mechanism of cMP by conducting high-throughput pri-miRNA cleavage assays. In the process, they were able to reveal cMP’s distinctive molecular mechanism, which is very different from what was already known in the human body.

“We demonstrated that cMP consists of two subunits, cDrosha and Pasha, and each has its own ability to measure the stem lengths of C. elegans pri-miRNAs ),” he said. “These two subunits can determine the cleavage sites of the complex using their distinct measuring methods, but more importantly, the mechanism we revealed is different from human MP (hMP) in many aspects. For example, human DROSHA measures only 13 bp and determines the cleavage sites of hMP, whereas DGCR8 (a Pasha orthologue) does not appear to have the ability to either measure or determine the cleavage sites at all.”

With the mechanisms of cMP now apparent, Prof. Nguyen is looking forward to investigating deeper into the structure of cMP/pri-miRNA and making more discoveries.

“We now know that dsRBDs and linkers of Pasha are necessary for the 25-bp upper stem measurement, but as far as fully understanding the structural basis of these substrate numbers? We are just getting started, and we think many in the field will find it worthwhile to pursue further,” said Prof. Nguyen.

Previous: Older adults with asthma at high risk for depression during the COVID-19 pandemic
Next: Chinese Who Lost Relatives to COVID Angry at Failure to Protect Elderly
Pet Care News