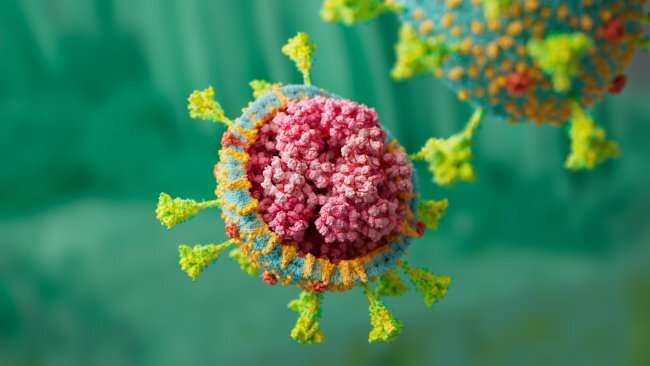 The coronavirus has become a feature of life in our society. But how does the virus work precisely? Researchers at the University of Maastricht have produced a unique animated video that visualizes the life cycle of the virus for a general audience using real-life microscopic images of infected cells.

At the end of 2020, Raimond Ravelli received funding from the Science Communication program of the Dutch Research Agenda (NWA) for the project. Ravelli spent eighteen months working on the animation, together with a team of scientists and designers, including his colleague Kèvin Knoops, who earned his Ph.D. with research into the SARS virus, and Jeroen Claus, the founder and owner of the London-based animation studio Phospho. They were assisted by students and a number of Dutch experts on the subject of the coronavirus.

Today, everyone can picture the effect that the coronavirus can have on humans. But fundamental knowledge about the virus is sometimes still lacking. For example, how does the virus actually work? With that in mind, Ravelli set out to create an animation that would explain the virus in detail, but also as simply as possible.

Various animations about the virus were produced in the course of the epidemic, says Claus. “Those animations generally dealt with issues such as why you should wash your hands and wear a face mask. None of them represented the life cycle of the virus itself or incorporated real-life microscopic images as we have done now.”

The animation was produced with Houdini, an animation software package that can be used to create a moving 3D image using genuine experimental data, such as 3D protein structures and microscopic images of infected cells.

“Over the last two years, scientists around the world have studied many pieces of the puzzle of how the virus works and published their findings. We took up the challenge of putting those pieces together and transforming them into moving 3D images in a single story,” Ravelli, Knoops and Claus explain.

With this animation, the researchers have tried to depict as clearly as possible how the coronavirus works from start to finish. According to Claus, it is “a visual summary of current knowledge.”

“I hope the animation will eventually be watched for many years to come and can be used in education for the next decade,” says Ravelli.

According to Knoops, the animation will also help to create a better understanding of the life cycle of most other similar viruses, since those viruses are basically the same and only differ in the details.

The researchers hope to reach a wide audience with the animation: from schoolchildren to a slightly older audience. The researchers also hope that the beautiful images and music will prove intriguing to people who know nothing at all about viruses and cells.