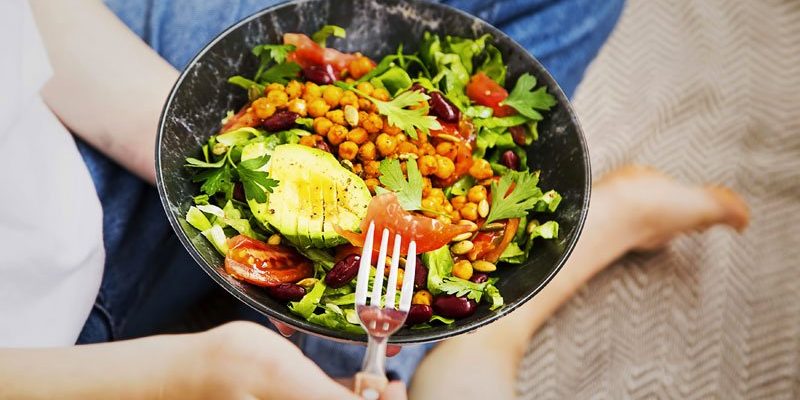 Maintaining a healthy plant-based diet is associated with a lower risk for both total stroke and ischemic stroke, results from a study of three large cohorts suggest.

A plant-based diet was not associated with risk for hemorrhagic stroke, however, and the data also showed no association between a fully vegetarian diet and total stroke risk, the researchers report.

Most of the previous studies of this question defined a plant-based diet as a vegetarian diet, without differentiating the quality of plant foods, they note.

The study was published online March 10 in Neurology.

Research suggests that plant-based diets reduce the risk for cardiovascular disease, but few studies have examined the effect of these diets on the risk for stroke. Moreover, published research on this question has yielded conflicting results, the researchers note. Two previous investigations showed no association between a vegetarian diet and risk for stroke mortality, but one study found that vegetarian patients were at increased risk for total and hemorrhagic stroke.

For their study, the researchers analyzed data from three large American cohorts. Two, the Nurses’ Health Study (NHS) and the NHS II, included only women. The third, the Health Professionals Follow-Up Study (HPFS), included only men. Among exclusion criteria were history of cardiovascular disease or cancer at baseline, missing dietary data, and implausible intake of dietary energy.

Participants in the three studies responded to questionnaires every 2 years, which provided information on lifestyle factors and medical history. Every 2 to 4 years, participants filled out a food frequency questionnaire.

The researchers classified patients as vegetarian if they ate plant foods or other animal foods such as butter, dairy, or eggs but ate less than one serving per month of meat or fish. Other participants were considered nonvegetarians.

There was no association between PDI and risk for hemorrhagic stroke. “Fewer strokes were of hemorrhagic type, so our power may have been limited,” said Baden.

They did not find an association between vegetarianism and total stroke risk, but this result could have followed from the small number of cases. The investigators did not examine the risk for stroke subtypes among vegetarians.

Research has indicated that plant-based foods are rich in nutrients that may reduce the risk for cardiovascular disease. These foods include dietary fiber, flavonoids, and polyphenols, which are more abundant in whole grains, fruits, vegetables, tea, and coffee. Consumption of these nutrients may be the mechanism through which a plant-based diet reduces the risk for stroke, they speculate.

The investigators would like to examine the mechanisms underlying the association between improved plant-based diet quality and lower stroke risk by assessing the metabolomic signatures or microbiomes of healthful and unhealthful plant-based diets, said Baden.

One of the study’s strengths is its use of two large, well-established cohort studies of men and women, Kevin N. Sheth, MD, professor of neurology and neurosurgery at Yale School of Medicine and chief of neurocritical care and emergency neurology at Yale New Haven Hospital, New Haven, Connecticut, told Medscape Medical News. The findings, however, may not be generalizable to broad sections of society that are characterized by large socioeconomic and other disparities, he added.

These findings underscore the importance of further clarifying which dietary strategies are most effective in preventing stroke, including diets that focus to various degrees on fruit, fiber, vegetables, and whole grains. “We need to understand what roles these kinds of diets may play in stroke risk in broader populations,” said Sheth.

Also commenting for Medscape Medical News, Erica Camargo Faye, MD, PhD, a stroke neurologist at the Massachusetts General Hospital and an instructor in neurology at Harvard Medical School, Boston, Massachusetts, pointed out that the significant number of stroke endpoints in this study allowed for better assessment of associations with the outcomes of interest.

However, a large proportion of stroke endpoints (38%) were not classified as ischemic or hemorrhagic, which limits the assessment of associations between plant-based diets and stroke subtypes, she added.

“There is a large body of literature supporting the concept that the Mediterranean diet, DASH diet, and diets rich in fruits and vegetables reduce the risk of stroke,” said Faye. “This study adds to these findings, demonstrating that the quality of plant-based diets also has a significant impact on the risk of stroke.”

Future research could explore whether these findings remain significant in different racial and ethnic populations, Faye added. Another relevant question is whether healthful plant-based diets have a stronger effect on the risk for ischemic stroke or the risk for hemorrhagic stroke.

The study was funded by grants from the National Institutes of Health. Baden and Sheth have disclosed no relevant financial relationships.