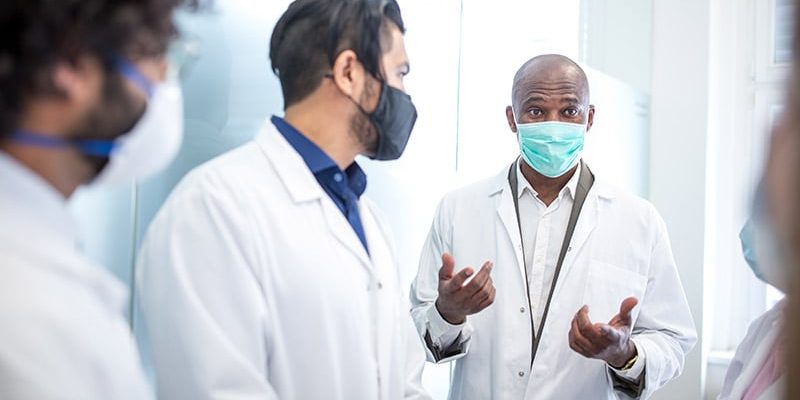 Last month, the University of Southern California (USC) reached an $852 million settlement with more than 700 women who accused ex-gynecologist George Tyndall of sexually abusing them while they were his patients, and who accused the school of trying to cover it up. This case marked the largest sexual abuse settlement with a university and the largest personal injury settlement with any college or university in US history. Tyndall denied wrongdoing, but later lost his medical license and has been criminally charged with sexually assaulting multiple patients under the guise of gynecological exams.

Another case involving multiple women was filed against a gynecologic oncologist who worked at the University of California, Los Angeles (UCLA). James Heaps, MD, was accused by a cancer patient of repeated sexual assault during 2 years of treatment. The lawsuit comes on top of previous claims of sexual assault from 22 women.

These are just two high-profile cases that made the news. Many others may not make headlines, but they are occurring.

The Federation of State Medical Boards (FSMB) notes that in 2019, 251 disciplinary actions (out of a total of 1638) were specifically taken against physicians for “sexual misconduct” violations.

The actual number may be higher because boards often use a variety of terms, including unprofessional conduct, physician-patient boundary issues, or moral unfitness, to describe such actions, the FSMB explains.

In addition, because the way the data are collected, there is no information on whether the case specifically involved a patient (or another person).

“These data come directly from state medical boards to the FSMB,” Joe Knickrehm, vice president of communications at FSMB, told Medscape Medical News. “We cannot say definitively that all of these disciplinary actions were the result of sexual misconduct to a patient. A disciplinary action that was coded as ‘sexual misconduct’ could have taken place with a patient, colleague, trainee, office staff, or other individuals.”

Knickrehm pointed out that the FSMB is encouraging state boards to begin implementing more consistent coding practices that would make the underlying reasons for a complaint or disciplinary action clearer.

The FSMB is calling for stronger action regarding sexual misconduct of physicians, and outlines new recommendations in a viewpoint article published March 29 in JAMA.

“The medical profession must promote a culture in which sexual misconduct in any form is not tolerated,” the FSMB states. “Such behavior undermines professional attainment, and when that behavior is tolerated, overtly or tacitly, it reduces the likelihood of bystander reporting and erodes professional culture in a patient-centered system.”

The FSMB report focuses primarily on sexual misconduct that may involve a patient, which is defined as behavior that exploits the physician-patient relationship in a sexual way. This type of behavior between a physician and a patient is never diagnostic or therapeutic and can be verbal or physical and can occur in person or virtually.

“When it comes to patients, there is such a big power differential between them and physicians that if we want patients to report more, we have to make it easy,” commented Arghavan Salles, MD, PhD, surgeon, special adviser for DEI programs, and senior research scholar at the Clayman Institute for Gender Research at Stanford University in California.

“In the same way that asking people whether they are safe at home is now a routine part of some doctor visits, asking whether patients felt in any way violated during the visit could become routine,” she said.

Sometimes it is a genuine misunderstanding, but the risk of false reporting is historically quite low, Salles told Medscape Medical News.

“That said, how complaints are handled is critical,” Salles emphasized. “It takes tremendous courage to report, and those who report must feel supported. Those accused should, of course, be able to share their side of the story as well. Cases of misunderstanding could potentially be resolved through this process, and more serious violations should be addressed.”

Salles also commented on the separate issue of sexual misconduct and harassment within the medical profession.

Findings from Medscape’s Sexual Harassment of Physicians: Report 2018 show that 12% of female physicians and 4% of males said that they have personally experienced sexual abuse, harassment, or misconduct in the past 3 years. Among physicians reporting harassment, 47% said the perpetrators were other physicians; 16% said they were harassed by nurses.

“One of the areas for improvement would be making sure that individuals who harass or assault others cannot easily just move on to another institution,” said Salles. “What we see, far too often, is that when men — and sexual harassment is almost always done by men — harass or assault others, they usually face no consequences. If and when they do face local consequences, they usually get assistance in finding a job at a new institution.”

“This practice, which can be called ‘passing the harasser’ or ‘passing the trash’ needs to come to a stop,” she added.

The FSMB recently conducted a review of practices related to the handling of reports of sexual misconduct (including harassment and abuse) toward patients by physicians. Specific recommendations from this review, adopted by the FSMB’s House of Delegates on May 2, 2020, include the following:

As for the actual role that the FSMB plays in disciplining physicians, Knickrehm noted that this falls under the authority of individual state medical and osteopathic boards.

“However, the FSMB supports our boards with guidance and policy recommendations and serves the public by raising awareness of the work of state boards and offering a free resource called DocInfo (docinfo.org) that provides professional background information and disciplinary actions for every licensed physician and physician assistant in the United States,” he said.

That said, state boards seem to be stepping up to the plate amidst the heightened focus on sexual harassment and misconduct. “We have heard encouraging news from a number of boards that have reviewed FSMB’s policy on physician sexual misconduct and have made changes to some of their investigative processes and have increased public awareness campaigns about the importance of reporting inappropriate behavior by a physician to a state medical board,” Knickrehm added.

Approached for comment, Alok Patel, MD, a clinical instructor in the department of pediatrics at Columbia University College of Physicians and Surgeons in New York City, believes that sexual misconduct is widely underreported. Sexual misconduct also generally follows a spectrum of severity that may begin with “grooming” behaviors and end with sexual assault, and Patel suspects that grooming behavior in general, is also underreported.

“With respect to patient and private interactions, the awareness has to be there not only so that healthcare providers are not only more self-aware but are also motivated to speak to patients and others with full transparency so their actions may not be misconstrued,” he said.

As an example, Patel noted, a physician can say something to the effect of, “I need to check your femoral pulse, let me tell you how to best do that. “

To change the culture, the need for explanations has to “absolutely be embedded in medical school curriculums,” Patel said. “Not only so medical students understand how and why patients misconstrue actions/words but also so medical students understand the potential repercussions,” he noted. “Perhaps medical students could hear anecdotes from patients themselves, see examples, and so forth. Some medical schools have done a decent job instilling cultural competency and antiracism protocols in their clinical curriculums, this needs to extend over to sexual misconduct.”

Importantly, Patel emphasized that healthcare providers need to understand what is truly meant by sexual misconduct and understanding intentions and how these may be perceived. “They also need to understand that zero tolerance policies will be upheld, and what exactly a Title IX reporter is obligated to do,” he added.

Previous: The Dangers of the Sago Palm
Next: Waivers for Vaccine Production ‘Not a Solution’: BioNTech
Related posts
Pet Care News