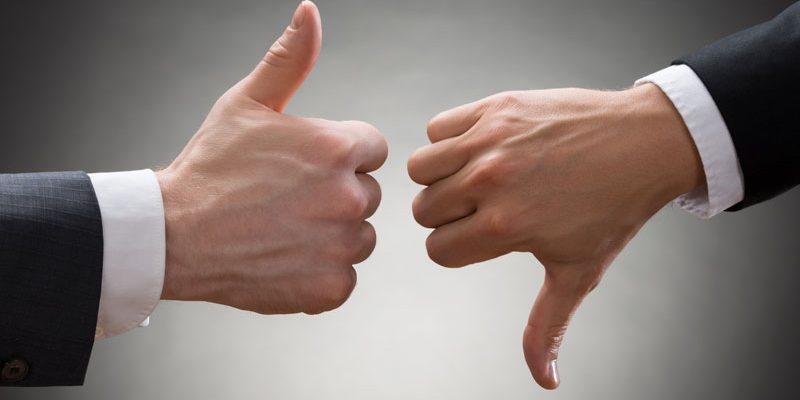 US regulators are stepping up scrutiny of cancer indications that were granted an accelerated approval on the basis of surrogate endpoints but that have failed to show clinical or survival benefits on more extensive testing.

At issue are a number of cancer indications for immunotherapies. Four have already been withdrawn (voluntarily by the manufacturer), and six more will be reviewed at an upcoming meeting.

In recent years, the US Food and Drug Administration (FDA) has granted accelerated approvals to oncology medicines on the basis of evidence that suggests a benefit for patients. Examples of such evidence relate to response rates and estimates of tumor shrinkage. But these approvals are granted on the condition that the manufacturer conduct larger clinical trials that show clinical benefit, including benefit in overall survival.

Richard Pazdur, MD, director of the FDA’s Oncology Center of Excellence, has argued that the point of these conditional approvals is to find acceptable surrogate markers to allow people with “desperate illnesses” to have access to potentially helpful drugs while work continues to determine the drug’s actual benefit to patients.

Oncologists are now questioning whether the FDA has become too lenient in its approach, Daniel A. Goldstein, MD, a senior physician in medical oncology and internal medicine at the Rabin Medical Center, Petah Tikva, Israel, told Medscape Medical News.

“The main two things you want from a cancer drug is to live longer and live a higher quality of life,” said Goldstein. “But these endpoints that they’ve been using over the past few years are not really giving us confidence that these drugs are actually going to help to live longer or better.”

Pazdur said that the FDA will consider withdrawing its accelerated approvals when results of further studies do not confirm expected benefit for patients.

“This is like the pendulum has swung as far as it was going to swing and now is on the backswing,” said Goldstein, who is also an adjunct associate professor in the Department of Health Policy and Management at the University of North Carolina at Chapel Hill. “You could call this a watershed moment.”

Although there’s near universal interest in allowing people with advanced cancer access to promising medicines, there’s also rising concern about exposing patients needlessly to costly drugs with potentially tough side effects. That may prompt a shift in the standards US regulators apply to cancer medicines, Goldstein said.

In a meeting scheduled for April 27 to 29, the FDA’s Oncologic Drugs Advisory Committee (ODAC) will review indications granted through the accelerated approval process for three immunotherapies: pembrolizumab (Keytruda), atezolizumab (Tecentriq), and nivolumab (Opdivo).

It is part of an industry-wide evaluation of accelerated approvals for cancer indications in which confirmatory trials did not confirm clinical benefit, the FDA noted.

The process has already led to voluntary withdrawals of four cancer indications by the manufacturers, including one indication each for the three drugs already mentioned and one for another immunotherapy, durvalumab (Imfinzi).

In the past, olaratumab (Lartruvo) was withdrawn from the market altogether. The FDA granted accelerated approval of the drug for soft tissue sarcoma, but clinical benefit was not confirmed in a phase 3 trial.

Issue Highlighted by Prasad and Gyawali

In recent years, much of the attention on accelerated approvals was spurred by the work of a few researchers, particularly Vinay Prasad, MD, MPH, from the Oregon Health and Science University, Portland, Oregon, and Bishal Gyawali, MD, PhD, from Queen’s University Cancer Research Institute, Kingston, Ontario, Canada. (Both are regular contributors to Medscape Oncology.)

Goldstein made this point in a tweet about the FDA’s announcement of the April ODAC meetings.

Prasad has made the case for closer scrutiny of accelerated approvals in a number of journal articles and in his 2020 book, Malignant: How Bad Policy and Bad Evidence Harm People with Cancer, published by Johns Hopkins University Press.

The book includes highlights of a 2016 article published in Mayo Clinic Proceedings that focused on surrogate endpoints used for FDA approvals. In the article, Prasad and his co-author report that they did not find formal analyses of the strength of the surrogate-survival correlation in 14 of 25 cases of accelerated approvals (56%) and in 11 of 30 traditional approvals (37%).

“Our results were concerning. They imply that many surrogates are based on little more than a gut feeling. You might rationalize that and argue a gut feeling is the same as ‘reasonably likely to predict,’ but no reasonable person could think a gut feeling means established,” Prasad writes in his book. “Our result suggests the FDA is using surrogate endpoints far beyond what may be fair or reasonable.”

Gyawali has argued that the process by which the FDA assesses cancer drugs for approvals has undergone a profound shift. He has most recently remaked on this in an October 2020 commentary on Medscape

“Until the recent floodgate of approvals based on response rates from single-arm trials, the majority of cancer therapy decisions were supported by evidence generated from randomized controlled trials (RCTs),” Gyawali wrote. “The evidence base to support clinical decisions in managing therapeutic side effects has been comparatively sparse.”

The FDA has struggled for about two decades with questions of where to set the bar on evidence for promising cancer drugs.

The agency’s accelerated approval program for drugs began in 1992. During the first decade, the focus was largely on medicines related to HIV.

In the early 2000s, oncology drugs began to dominate the program.

Pazdur has presided over the FDA’s marked changes regarding the use of surrogate markers when weighing whether to allow sales of cancer medicines. Formerly a professor at the University of Texas MD Anderson Cancer Center, Houston, Texas, Pazdur joined the FDA as director of the Division of Oncology Drug Products in 1999.

Soon after his appointment, he had to field inquiries from pharmaceutical companies about how much evidence they needed to receive accelerated approvals.

Early on, he publicly expressed impatience about the drugmakers’ approach: “the purpose of accelerated approval was not accelerated drug company profits,” Pazdur said at a 2004 ODAC meeting.

Rather, the point is to allow access to potentially helpful drugs while work continues to determine their actual benefit to patients, he explained.

“It wasn’t a license to do less, less, less, and less to a point now that we may be getting companies that are coming in” intent on determining the minimum evidence the FDA will take, Pazdur said. “It shouldn’t be what is the lowest. It is what is a sufficient amount to give patients and physicians a real understanding of what their drug will do.”

In a 2016 interview with The New York Times, Pazdur said that his views on cancer drug approvals has evolved with time. He described himself as being “on a jihad to streamline the review process and get things out the door faster.”

“I have evolved from regulator to regulator-advocate,” Pazdur told the newspaper.

His attitude reflected his personal experience in losing his wife to ovarian cancer in 2015, as well as shifts in science and law. In 2012, Congress passed a law that gave the FDA new resources to speed medicines for life-threatening diseases to market. In addition, advances in genetics appeared to be making some medications more effective and easier to test, Pazdur said in The New York Times interview.

Since the program’s inception, only 6% of accelerated approvals for oncology indications have been withdrawn, the FDA said.

It would be a sign that the program is working if the April meetings lead to further withdrawals of indications that have been granted accelerated approval, Julie R. Gralow, MD, chief medical officer of the American Society of Clinical Oncology, told Medscape Medical News in an interview.

“It shouldn’t be seen as a failure,” Gralow said.

In her own practice at the Fred Hutchinson Cancer Research Center, Seattle, Washington, she has seen the value of emerging therapies for patients fighting advanced cases of cancers. During her 25 years of clinical practice in an academic setting, she has gained access to drugs through single-patient investigative new drug applications.

However, this path is not an option for many patients who undergo treatment in facilities other than academic centers, she commented. She noted that the accelerated approval process is a way to expand access to emerging medicines, but she sees a need for caution in the use of drugs that have been given only this conditional approval. She emphasizes that such drugs may be suitable only for certain patients.

“I would say that for metastatic patients, patients with incurable disease, we are willing to take some risk,” Gralow said. “We don’t have other options. They can’t wait the years that it would take to get a drug approved.”

One such patient is David Mitchell, who serves as the consumer representative on ODAC. He told Medscape Medical News that he is taking three drugs for multiple myeloma that received accelerated approvals: pomalidomide, bortezomib, and daratumumab.

“I want the FDA to have the option to approve drugs in an accelerated pathway, because as a patient taking three drugs granted accelerated approval, I’m benefiting ― I’ve lived the benefit,” Mitchell said, “and I want other patients to have the opportunity to have that benefit.”

He believes that the FDA’s approach regarding accelerated approvals serves to get potentially beneficial medicines to patients who have few options and also fulfills the FDA’s mandate to protect the public from treatments that have little benefit but can cause harm.

Accelerated approval also offers needed flexibility to drugmakers as they develop more specifically targeted drugs for diseases that affect relatively few people, such as multiple myeloma, he said. “As the targeting of your therapies gets tighter and for smaller groups of patients, you have a harder time following the traditional model,” such as conducting large, double-blind, placebo-controlled trials that may indicate increased overall survival, he said.

Some medicines that have received accelerated approvals may ultimately be found not to benefit patients, Mitchell acknowledged. But people in his situation, whose disease has progressed despite treatments, may want to take that risk, he added.

Kerry Dooley Young is a freelance journalist based in Washington, D.C. She earlier covered health policy and the federal budget for Congressional Quarterly/CQ Roll Call and the pharmaceutical industry and the Food and Drug Administration for Bloomberg. Follow her on Twitter at @kdooleyyoung.