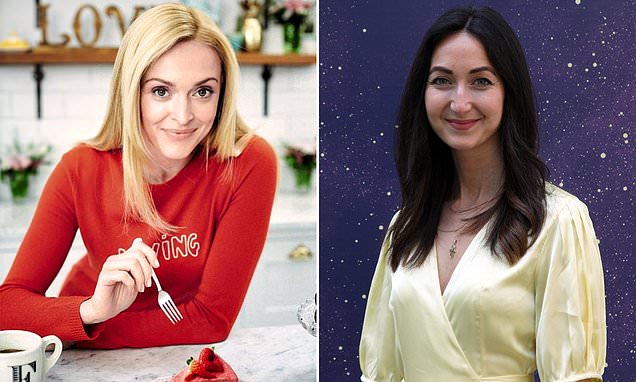 EVE SIMMONS: Why I’m calling for stars to come clean about their eating disorders

At the beginning of last week, I posted a blog on my website Not Plant Based calling for celebrities to ‘come out’ about their eating disorders – and it caused a bit of a stir. The piece was my very personal response to a podcast I’d listened to, in which television presenter-turned-health-guru Fearne Cotton said she’d suffered bulimia throughout her 20s.

Fearne, 38, has in the past spoken openly about other aspects of her mental health.

She’s shared her struggles with depression, anxiety and panic attacks with her 2.9 million Instagram followers. But not her eating disorder. She’d kept that a secret. Until now.

Coincidentally, she also has vegan cookbook out. It all seemed strange to me, given the fact that she had spent so much time also telling her fans about her diet: all cooked from scratch, free from any refined sugars, packaged or processed food, and of course, mostly plant based.

Perhaps Fearne was worried that if she revealed her troubled relationship with food, it might provoke doubt about her capacity to teach others about eating healthily. I don’t think it necessarily would, of course. 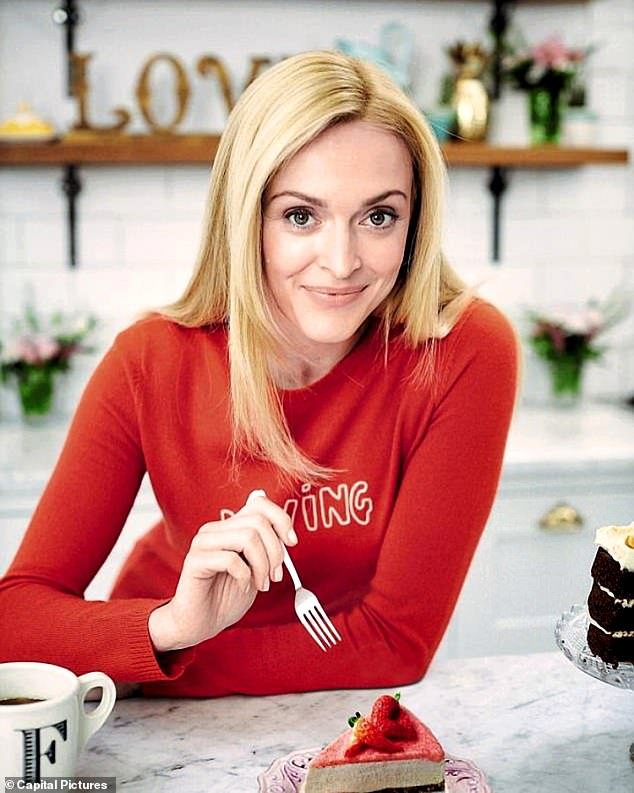 I know dieticians – qualified medical professionals – who have had eating disorders, and have, once recovered, trained to help others like them. However, I don’t know any credible dieticians who would advocate restrictive diets like the one Fearne seems to – particularly to someone with a medical history like hers.

In my early 20s, I was diagnosed with, and received treatment for, anorexia. It was a fixation with questionable advice from wellness gurus like Fearne that fed my mental illness. And I wondered, as I listened to her confession, was there just something different about eating disorders that is particularly unpalatable, and shameful? Why is it that public figures are reluctant to discuss their eating problems with the same openness as they are other mental health issues?

In the blog I argued that ‘influencers’ like Fearne had a responsibility to be honest about having problems with food. Because each time I hear a noteworthy person has sat on their eating disorder – Fearne isn’t the first – as if it were some salacious, heinous crime, it sparks a quiet, uncomfortable thought: so it is dirty/gross/embarrassing after all? I am dirty/gross/embarrassing after all?

And if I was still unwell – before the years of medical treatment, therapy, and hard work it involved to get where I am today – I’d be thinking something along the lines of: ‘If she had it for x years and didn’t get help, then I don’t need it. She was functioning and was even ON THE TELLY! So I’ll be just fine surviving on two boiled sweets a day, thank you.’

A CELEBRITY CHEF GOT STUCK IN TO ME

Since writing the piece, I’ve been accused of ‘shaming’. One critic wrote: ‘It takes a lot for people to feel brave enough to open up about eating disorders and it’s not right for you to tell them they have to.’

Another said: ‘We should be celebrating her for her honesty, not berating her.’

Celebrity chef Gizzi Erskine also got stuck in. ‘Too far… Not into this post at all,’ she wrote.

And I wavered momentarily. My website – and much of my spare time – is dedicated to fighting the stigma around eating disorders, and the dogma of restrictive diets.

The last thing I’d want to do is make someone who is suffering feel worse. Had I been wrong? But then I thought, no. Fearne is the figurehead of a media and fashion empire, who influences millions of people with every social media post. I write a small, but honest blog. 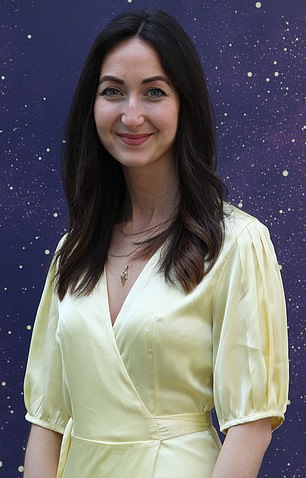 Eve Simmons: In my early 20s, I was diagnosed with, and received treatment for, anorexia

I don’t doubt she has helped many with the way she has opened up about her mental health. And I accept the criticism. If you are ‘not into’ my post, I understand. But to try to shout me down, and claim I have no right to express what I did, is erasure. I was being honest, as someone who is in recovery, about how Fearne’s interview made me feel.

And I am not alone. I was inundated with messages from people who thanked me for saying what they wanted to say. One summed it up pretty well: ‘It’s wrong to sell us lies about eating whatever they like and staying thin. Women like that in the public eye make the average person think, “Why can’t I be like that, why can’t I get it together?” ’

Another agreed: ‘These celebrities [say] they got the way they look by just eating healthily but they didn’t, they did it through an eating disorder. You’re right to have pointed it out.’

One of the saddest read: ‘When I listened to that podcast I cried… it evoked feelings that we are right to be ashamed.’

And so I stand by every word.

I’VE FACED ABUSE FOR SPEAKING OUT

All of this is becoming familiar territory to me. A few months back, I interviewed Sarah Wilson, author of the bestselling I Quit Sugar series of books. She told me she had suffered bulimia for more than a decade before starting to advise the world to start a restrictive ‘sugar-free’ diet.

I suggested back then too that there seemed to be an uncomfortable conflict between claiming to promote healthy eating while concealing an eating disorder.

Sarah wrote in her diet books about all sorts of health troubles that her diet helped remedy… but not a word about her bulimia.

She was furious and publicly accused me ‘doing a job’ on her. Her fans trolled me for weeks, posting messages under pictures on my Instagram. ‘You deserve to rot you f******, slag’ was one of the more charming messages I received. I was called ‘jealous’, ‘petty’, and ‘disgraceful’.

Jasmine Hemsley, another influencer and diet-book author with thousands of followers, wrote that ‘twisted journalism’ – like mine, I presume – is ‘undermining humanity.’ Sarah claimed her eating disorder was behind her when she started giving out advice to young fans about following an ultra-low-sugar diet.

Fearne’s problem miraculously resolved after meeting her husband Jesse – the son of Rolling Stone Ronnie Wood – and becoming a mother, she says.

Well, I find it hard to believe.

There may well be people with eating disorders out there for whom this is true, but I have yet to meet them. These illnesses are notoriously difficult to kick. Even with the gold-standard treatment of talking therapy and specialist dietetics, a third do not recover.

Fearne’s big reveal didn’t give even a nod to eating disorder charities, or resources for listeners who may need genuine help.

She later posted a typically stunning selfie on Instagram, writing under it: ‘I really felt it was time to start facing my own truth… hopefully I can offer up solace and hope for others who have been through the same.’ That’s great. Better late than never, I suppose.

But the truth about mental illness cannot be summed up in a cheery selfie. The reality, as so many will know, is sitting on a waiting list for a year before accessing vital treatment. It’s the screams at night, and eating opposite fellow patients attached to a feeding tubes; the agony of early-onset bone disease, having denied your body of essential nutrients; hair loss and teeth eroded by stomach acid and lifelong digestive problems. It’s the knowledge that you’re always only one glossy, ‘wellness’ regime away from spiralling into a familiar, toxic trap.

If celebrities really want to share in our experience, and offer comfort, support and community, here’s what I ask. If you’ve endured my struggle, please say so. Warts and all.

It’s not easy, but everything will turn out okay. No one will judge, condemn or recoil in horror. And to the handful that do – well, to hell with them.

And if you do make a living from being ‘authentic’, then do just that. If you truly have emerged on the other side – and can share how you did so – also say so.

And please, for the love of God, step away from the sugar-free cookbooks.

Tags: About, Clean, come, disorders:, Eating, EVE, Should, SIMMONS: Why, stars, their

Previous: These Relay Runners Just Gave Us Yet More Proof of How Absurd Kipchoge's Sub-2 Marathon Was
Next: Craving for something sweet but healthy? Here’s why you should grab Punjabi pinni
Related posts
Pet Care News