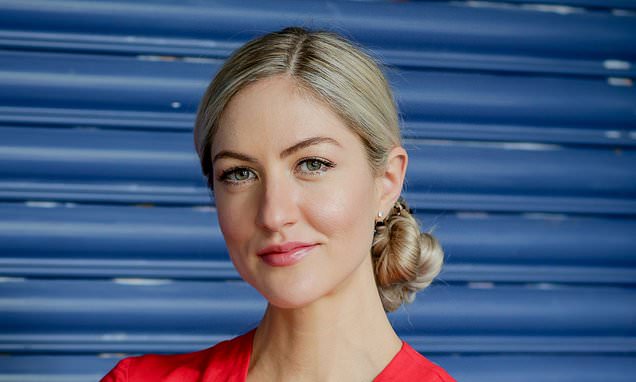 Most infections such as colds can leave us feeling pretty miserable for several days, but we then tend to perk up slowly and be back to normal-ish again within a week or so.

Sometimes, though, an infection can have a nasty sting in its tail, with longer-term effects that can seem unrelated to the original symptoms. I’m talking in particular about irritable bowel syndrome (IBS) triggered by a Covid infection.

I’ve noticed it a lot in my clinic, with clients who’ve never had gut symptoms complaining of problems such as bloating, abdominal pain and altered bowel habits within weeks of recovering from Covid.

You might wonder how a respiratory infection such as Covid can leave you with lingering gut problems such as IBS.

In fact, gut symptoms are a pretty common sign of a Covid infection itself. Although I managed to dodge them, many of my clients weren’t so lucky, and nearly 20 per cent of the general population experienced problems such as nausea, vomiting, diarrhoea and lack of appetite.

Most infections such as colds can leave us feeling pretty miserable for several days, but we then tend to perk up slowly and be back to normal-ish again within a week or so

Studies have also shown that the virus is found in the stools of around 50 per cent of people with Covid. During the height of the pandemic, it was actually considered a source of the spread.

This is not all that surprising given the virus that causes Covid (SARS-CoV-2) latches on to ACE2 receptors in the body — and as well as in your lungs, these receptors are found in the gut, allowing the virus to affect the gut lining directly.

Interestingly, several studies have also shown those with poor gut health are more likely to become unwell with Covid.

Covid-induced IBS is slightly different — basically something has upset the workings of the gut: it looks OK but it just doesn’t perform as it should, what we call a functional disorder. And research shows that gut infections and stress generally (such as when you’re unwell) can increase your risk of IBS several fold.

So, too, can changes in the balance of your gut microbes — the inflammation caused by any gut infection can upset this balance, increasing your risk of IBS by as much as threefold. So if you’re suffering gut symptoms after Covid, it’s feasible that you may have developed IBS. But before self-diagnosing, visit your GP to get checked out; there is also a Long Covid NHS service, visit yourcovidrecovery.nhs.uk.

If you’re still leaning towards IBS, keep in mind there are official diagnostic criteria.

What many people don’t realise is that IBS isn’t ‘just’ about diarrhoea or constipation: the main symptom is recurrent tummy pain — under official criteria, in order to be diagnosed with IBS, this pain must occur on average at least one day per week (with symptoms starting six months ago), and should be associated with two or more of the following:

If this describes your symptoms, the first-line treatment is to look at your diet. This means cutting down on alcohol and avoiding spicy food, caffeine, fried foods and fatty meats, as these all stimulate the gut movement which can worsen symptoms.

Artificial sweeteners are another thing to watch out for (particularly those ending in -ol, such as sorbitol and xylitol, as these can be poorly digested, causing gas and pain).

Drink plenty of water, but limit fruit juice and smoothies — you should aim for two pieces of fruit; five portions of veg; three portions of wholegrains and two portions of nuts/seeds/legumes each day. 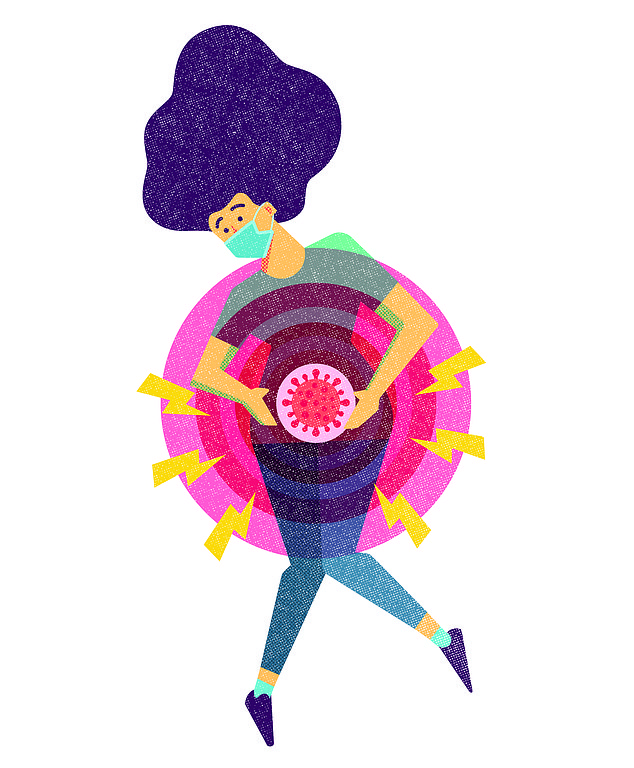 Covid-induced IBS is slightly different — basically something has upset the workings of the gut: it looks OK but it just doesn’t perform as it should, what we call a functional disorder

Lingering gut symptoms aren’t just related to a Covid infection. Gut bugs can also have a longer-term effect that seems unrelated to the bug itself; for example, causing a temporary lactose intolerance.

Lactose is the sugar found in dairy and temporary lactose intolerance is something I see all the time in clinic. After a gut infection, often people find they just can’t stomach eating much of the dairy they’ve enjoyed previously as it causes symptoms such as cramping pain, bloating and loose stools.

What happens is that the gut infection and inflammation it triggers damage the cells in the intestine that produce lactase, the enzyme that digests lactose. As a result, lactose is not broken down properly and ends up in the large intestine, where it is fermented by lactose-naive bacteria that live there, producing gas and triggering those digestive symptoms such as loose stools.

Fortunately most other digestive enzymes are produced outside of the small intestine, namely in the pancreas, and therefore gut infections don’t tend to affect their ability to digest other components of our food. Most people affected by this can still manage small amounts of lactose — 50ml of milk (what you might have in a cup of tea) per sitting and up to 150ml across the day — without any issues.

The difficulty is that there is a lot of lactose ‘hidden’ in our food — it’s used as a sweetener in food manufacturing, such as in cereals and biscuits, for instance — so you might not realise that your gut symptoms are actually being caused by the lactose in that biscuit and slice of cake and not, say, IBS.

But what may seem surprising is that while milk can cause problems, hard cheese is fine: that’s because much of the lactose has drained away during the production process, so it’s very low in lactose.

Similarly with live yoghurt, the bacteria have eaten a considerable amount of the lactose during the fermentation step of yoghurt production.

Many people with lactose intolerance believe they need to cut out dairy for good, but that’s just not the case. It’s worth including small amounts that you can manage in your diet, as fermented dairy in particular is associated with a range of health benefits such as a lower risk of heart disease and a healthy body weight, as well as being a key source of calcium, important for bone strength and nerve function.

Within two to three months your lactase production should be back to normal as your gut heals from the infection — and you can go back to enjoying lactose-containing dairy.

For those who have genetically induced lactose intolerance — which can affect as many as 95 per cent of people of African-American and Asian ethnicities — it’s worth still including a small amount of lactose in your diet. This in turn supports the growth of lactose-digesting bacteria in your gut, which over time enhances your gut’s ability to process lactose, leading to greater tolerance and fewer symptoms.

We each have billions of microbes living on our skin that emit our own distinct cloud, which is unique, just like a fingerprint. This is an exciting new area of forensic research for criminologists.

My daughter (aged eight) often gets a blown up and hard stomach after eating — and has a lot of gas. How can we reduce this? Tests by the doctor have identified a slight lactose intolerance. We have reduced her lactose intake significantly and we generally eat healthily.

It’s important to get on top of gut symptoms while children are young, but it’s also important not to over-emphasise and make them feel self-conscious, which can exacerbate and lead to gut issues in adulthood.

Openly talking to your daughter about her bowel habits will provide some valuable information to help you and your GP identify whether diarrhoea or constipation could be triggering the stomach upset — both common causes of excess gas and bloating. I would consider the frequency of bowel movements, and also the consistency.

This information would also help tailor any dietary recommendations. In general, your daughter’s diet sounds like it contains a good amount of fibre. Fluid is also important, as it enables fibre to work its magic in terms of laxation, so I’d make sure she was also having enough fluid (around 1,300ml per day for eight-year-olds).

If she doesn’t like water, add fresh mint and frozen berries to make it more attractive. Whole fruit is great for children but, as with adults, too much in one sitting can leave them a little bloated, so consider spacing her fruit out to no more than 80g per sitting, with up to three sittings across the day.

When you and your microbes crave something light that doesn’t fall short on the flavour front, look no further. This light bite will hit the spot, giving you 7g of fibre and eight plant points closer to your weekly target.

Combine the dressing ingredients. Season and adjust flavours to taste. In a small bowl, peel the courgettes into ribbons, then pour the dressing on top.

Allow to marinate for a few minutes before tossing in the salad leaves.

Divide the courgette mix between two serving bowls, then add the feta, hazelnuts and seeds to each.

Pour on any leftover dressing, before scattering the mint leaves and pomegranate seeds on top.