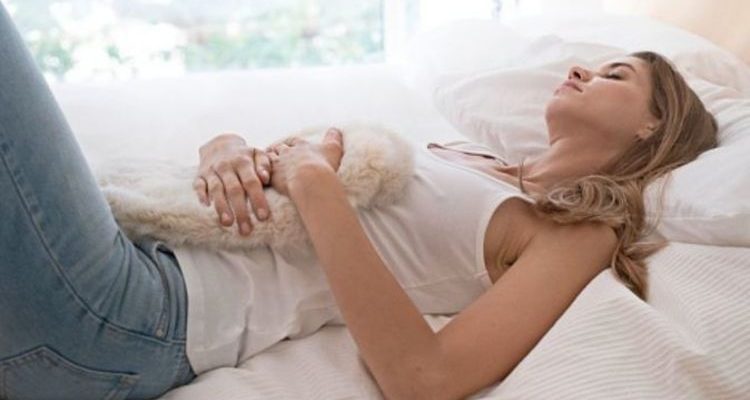 Roughly half of the female population are of reproductive age and menstruate. Every day, more than 300 million women and girls menstruate, but the natural process is often shrouded in shame and embarrassment. For this reason, most of us believe pure myths about periods for our whole lives and never question them. For example, do women’s periods actually sync up? And, do you still have a period while on the pill? Express.co.uk debunks four myths about the menstrual cycle to put the record straight.

A shocking one in eight women had no clue what a period was until they started menstruating, according to a 2018 WaterAid survey.

With this lack of education, it’s no surprise that inaccurate information is widespread in the UK.

There are so many myths about periods out there that are typically passed from generation to generation that it’s hard to keep up.

You can’t get pregnant while on your period

A worrying 17 percent of women in the UK believe that you can’t get pregnant while on your period, according to WaterAid’s survey.

You absolutely can get pregnant while on your period, even though it isn’t very likely.

The NHS website stated that if you have sex without contraception, you can conceive at any time during your menstrual cycle – even during or just after your period.

Did you know that you can also get pregnant if you’ve never had a period before?

Yep, there’s no ‘safe’ time of the month when you can have sex without contraception and not risk becoming pregnant.

This myth might have come from the fact that there are times of the menstrual cycle where you are more fertile than others and more likely to conceive.

You’ve definitely heard the rumour that your cycle syncs with your friends or other women that you’re around a lot or live with… but, it’s not true!

An initial research study on a group of women living in a dorm in the 70s suggested that living in close proximity may cause women to begin menstruating at the same time, but the team at Flo Health said follow-up studies didn’t supported this theory.

So, why do so many women believe this? A team of Oxford researchers in 2017 concluded that this is based on the nature of the menstrual cycle itself.

Flo Health’s experts said: “The average menstrual cycle lasts about 28 days — the time between when one cycle starts and the next begins.

“However, not everyone’s cycle is the same length, nor do their period last the same number of days.

“Because of this, there’s a lot of room for overlap to occur among a group of people, which may give the impression of syncing.”

You still have a period on the contraceptive pill

While you do bleed when you’re on the pill, the blood is not the same as menstrual blood.

The experts at Clue explained: “Your period on the pill is technically called withdrawal bleeding, referring to the withdrawal of hormones in your pill, and in your body.

“The drop in hormone levels causes the lining of your uterus (the endometrium) to shed.

You don’t ovulate while taking the pill if you use it consistently and correctly, and therefore the typical growth of the endometrium and hormonal cycling is halted.

Your period syncs with the lunar cycle

As much as this is a very romantic and charming idea to believe, your menstrual cycle does not line up with the lunar cycle.

The Clue site explained: “The lunar and menstrual cycles will correlate more or less for some people—depending how closely their average cycle length matches the lunar cycle, and the variability of their cycle length.

“The lunar cycle and the average menstrual cycle are basically equal in length.

Previous: Why do my fingers ache? The 12 possible reasons for finger pain
Next: The popular food that ’causes’ cancer – responsible for thousands of cancer deaths a year
Pet Care News