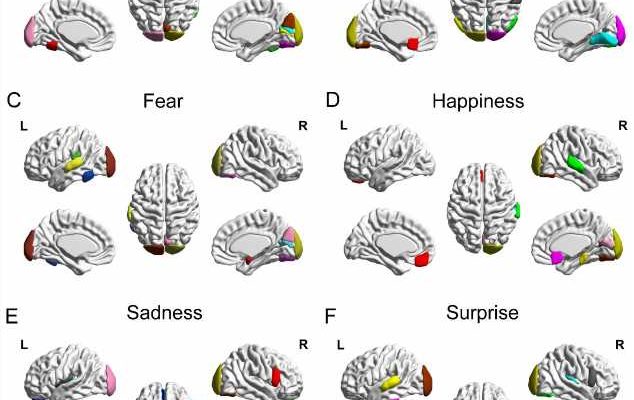 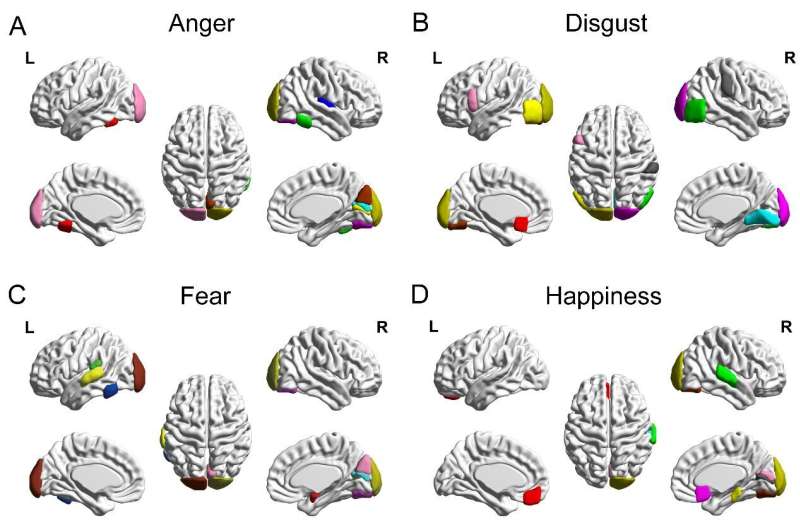 The categorial emotion models have suggested a set of basic emotion units (e.g., anger, disgust, fear, happiness, sadness, and surprise) that have specialized and independent neural circuits in the brain to support the expression of different emotional information. As a result, different brain regions are specifically involved in processing specific basic emotions. In recent years, increasing evidence suggests that the representations of basic emotions may be supported by large-scale functional connectivity (FC) networks in the brain.

This study analyzed the neural mechanism of emotional information represented by brain network patterns from a data-driven perspective. By leveraging the sliding window technique and the random forest model, this study constructed the decoding model of emotional brain networks and provided evidence that functional connectivity patterns contained the representational information of basic emotions. 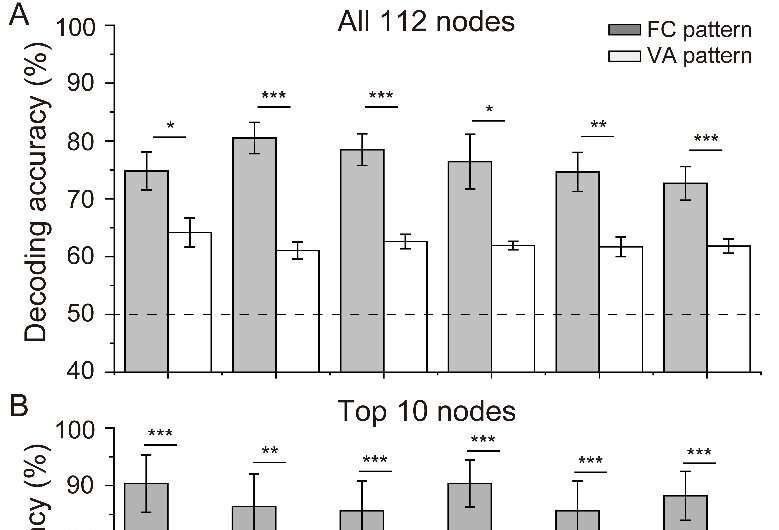 The team of Prof. Fang collected whole-brain fMRI data from human participants while they viewed pictures of faces expressing one of the six basic emotions (anger, disgust, fear, happiness, sadness, and surprise) or showing neutral expressions. They obtained FC patterns for each emotion across brain regions over the whole brain with the Harvard-Oxford atlas, and applied multivariate pattern decoding to decode six basic emotions from the neutral expressions.

The results showed that the whole-brain FC patterns successfully classified the six basic emotions from neutral expressions. By analyzing the contribution ratio of each brain region during identify emotions, the spatial distribution locations of the top 10 contributing brain nodes for each basic emotion were further revealed.

This data-driven research method not only identified important regions that have previously been relevant to the study of face and emotion processing, such as the fusiform gyrus, the right amygdala under fear, but also identified some brain regions that have rarely been claimed to contribute to emotion representations, such as the supramarginal gyrus, supracalcarine cortex, and other brain regions in the limbic system.

In addition, the decoding model based on the brain network showed superior decoding performance to the traditional voxelwise activation based decoding model, both on the whole-brain brain regions and on the top 10 contributing brain regions. In conclusion, the results of this study further indicate that brain network patterns contain more useful information for emotion decoding than voxelwise activation patterns, and imply that there exists a great potential to study emotion recognition from the functional connectivity between brain regions.