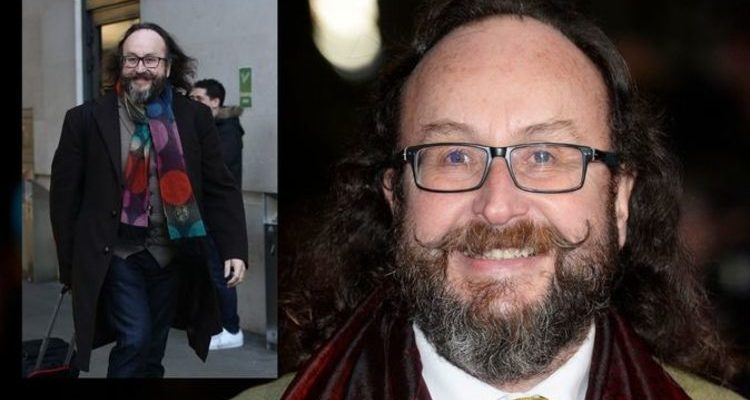 Dave in particular was diagnosed with borderline type 2 diabetes back in 2012 while Si was battling high blood pressure. Re-watching one of their shows, Hairy Bikers’ 2009 Food Tour of Britain, Dave revealed that he saw himself as fat for the first time. He told the MailOnline: “It’s the maddest thing, watching old shows, like getting your family album out and flicking through. What I realised was that things [by which he means his expanding waistline] had reached critical mass.”

Between them they decided to make some drastic lifestyle changes. Dave opted for oat milk on his muesli and Si made a non-dairy rum sauce for his Christmas dinner.

At his heaviest Dave weighed 17st 10Ib and Si 19st 8Ib, but together they ended up losing a whopping six stone becoming far healthier weights.

Before their mammoth weight loss journey began, they were given a prompt from a doctor friend: “Look lads, you are middle-aged now and morbidly obese. You need to do something about it.”

Dave then added: “If we’d continued to pile it on in the way we’d been doing, we wouldn’t have had a career anyway – you can’t if you’re dead.

“It was a wake up call for me. I always knew I could be a bit on the greedy side; I love cooking and eating and there in front of me was the evidence which I would have been daft to ignore.

“I could see visually where the fat was lying, basically all around my internal organs. I was a fit fatty, but for how long?

“I came away inspired to do something about it. I was an apple shape and I was a blooming big apple.”

The pair’s transformation came at exactly the right time as Si experienced a life-threatening brain aneurysm in 2016 and Dave was diagnosed with glaucoma – an eye condition that nearly led him to become permanently blind.

Dave shared that his secret to weight loss success was cutting out all the carbs and removing alcohol from his diet. He said: “I just calorie count and knock the booze on the head and then watch the scales to see the weight come off.”

However, despite their successful weight loss in an interview with Lorraine Kelly in 2019, the pair described themselves as “middle-aged survivors” rather than health gurus.

Dave added: “We looked back on what we used to eat and thought, ‘That’s not cool.’ We had to move with the times and that meant we had to shed weight and not get sick.’ Plus [we] have sold three million diet books ‘and we aren’t hypocrites.’”

Listening to medical advice in order to avoid illness and irreversible damage to their bodies has also helped their careers. The pair both agree that they can act as a sort of role models for people who are in the same boat.

“The sensible thing to do was go on a diet, so we started rewriting recipes and we’re better cooks because of it,” Dave said.

Developing type 2 diabetes as a result of weight gain or being morbidly obese is an extremely high risk factor. In fact there is an 80-85 percent chance that those who are obese will also develop type 2 diabetes.

Being overweight or obese is defined as having a body mass index of 30 or greater.

Fat that particularly gathers around your tummy or abdomen area increases your risk even more. Diabetes.co.uk states that this is because abdominal fat cells release “pro-inflammatory” chemicals, which can make the body less sensitive to the insulin it produces. This is known as insulin resistance – the hallmark of type 2 diabetes.

Once individuals are insulin resistant their bodies are not able to move glucose into cells properly. This means that the level of glucose in the blood rises and can lead to a wide range of symptoms.

Symptoms of type 2 diabetes include:

If diagnosed with type 2 diabetes it is crucial that you remain fit and healthy. Participating in exercise and eating a balanced diet will help manage your blood sugar level.

The NHS recommends eating a wide range of foods including fruit, vegetables and some starchy foods like pasta, keeping salt and sugar to a minimum and ensuring you eat three meals a day.