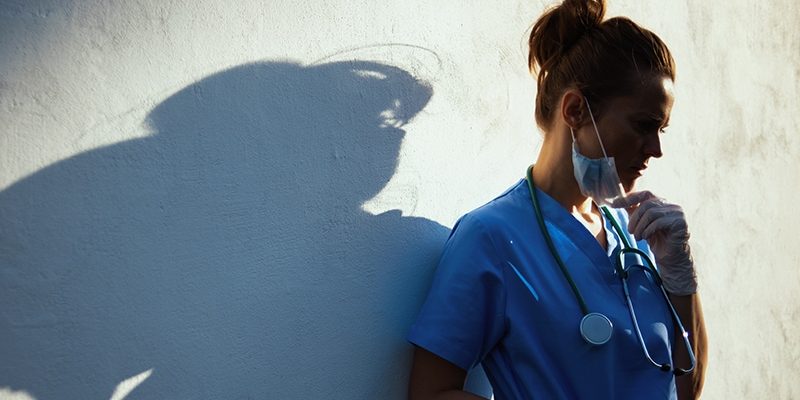 Pandemic-related childcare stress (CCS) provoked burnout, anxiety, and depression in healthcare workers, with disproportionate impacts on women and racial and ethnic minority workers, according to a study published this week in JAMA. 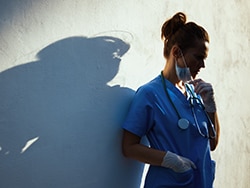 The survey was conducted by researchers at the University of Colorado School of Medicine, who collected data from 58,408 healthcare workers in 208 organizations between April and December 2020. Respondents were asked, “Due to…COVID-19, I am experiencing concerns about childcare,” and subsequently assessed their CCS on a scale of 1, “not at all,” to 4, “a great extent,” with a score of 3 or 4 representing high CCS.

Respondents also ranked their fear of COVID exposure as well as feelings of burnout, anxiety, depression, workload, intent to reduce hours (ITR) within 1 year, and intent to leave (ITL) the job within 2 years.

Notably, 58% of participants were White and 67% were female. More than one quarter (27%) were physicians, including family medicine (8%), general internal medicine (6%), pediatrics (5%), and hospital medicine (2%). Twenty percent were nurses, 9% were administrative staff, and the remaining participants encompassed medical assistants, speech therapists, pharmacists, and other clinical and nonclinical roles.

Overall, CCS affected 21% of surveyed medical employees and was associated with 115% greater odds of anxiety and depression along with higher odds of burnout (80%), ITR (91%), and ITL (28%). Among physicians, allergists and dermatologists had the highest CCS rates, at 30.8% and 31.2%, respectively.

Women and racial and ethnic minorities were disproportionately impacted. More than 1 in 5 women (21.1%) reported CCS compared with 17.9% of men, and racial and ethnic minority healthcare workers were up to 50% more likely to report CCS than their White counterparts. Women healthcare workers with CCS, particularly physicians, were more likely to report ITR, though they expressed similar ITL to men.

“So many institutions have made strides to address equity and representation while decreasing burnout, and this data suggests that attending to childcare stress will be an important part of those initiatives,” Elizabeth Harry, MD, SFHM, associate professor of medicine at the University of Colorado School of Medicine and lead researcher on the study, told Medscape Medical News.

The pandemic “exacerbated preexisting childcare accessibility issues and disparities,” says the study. Historically, racial and ethnic minority communities have experienced higher CCS because of “childcare desert designations” that plague 3 of 5 rural communities and approximately 60% of Hispanic and Latinx neighborhoods.

In addition, women have typically bore the brunt of managing childcare needs — including overseeing remote schooling during the pandemic — while balancing career demands and household tasks. The psychological toll has prompted higher rates of depression, anxiety, stress, and insomnia. Specifically, the study found that women healthcare workers had 22% greater odds of reporting CCS than men and were 50% more likely to report burnout than male peers.

In Medscape’s 2022 Physician Lifestyle and Happiness Report, among physicians balancing parenthood and a career in medicine, 48% of women noted feeling conflicted because of work demands more often than their male peers (29%).

Despite gender-related differences, the study determined that CCS affects “large numbers of healthcare workers.” Therefore, Harry says, employers should “consider supporting childcare initiatives in their strategic plans to address burnout and enhance representation and equity in the workplace.”

“Many institutions have programs in place to financially offset the financial burden of childcare,” she says, noting that some organizations partner with daycares, though spot availability often remains a barrier. Ultimately, “workplaces that can accommodate change on short notice, provide on-site care for ill children or on-site schools, and are aware of worker concerns about their children will be better positioned to show workers they are a caring environment,” says the study.

Steph Weber is a Midwest-based freelance journalist specializing in healthcare and law.