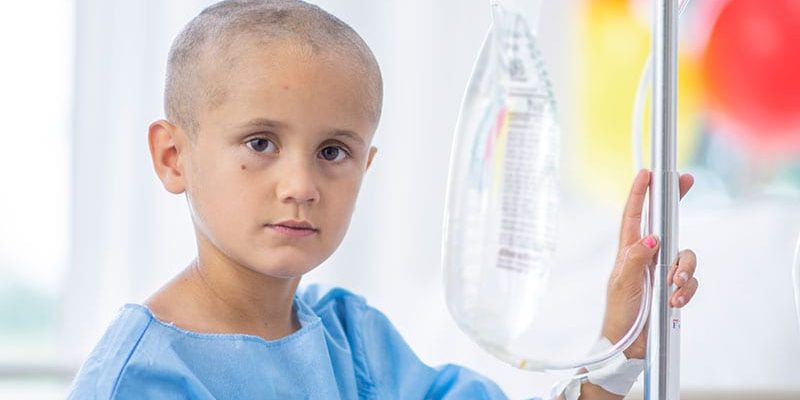 Children with hyperdiploid acute lymphoblastic leukemia (ALL) are much more likely to also have congenital cytomegalovirus (CMV) infection, according to an analysis published this week in JAMA Network Open.

Although researchers found no association between ALL and congenital CMV infection overall, pediatric patients diagnosed with hyperdiploid ALL had sixfold greater odds of being positive for congenital CMV than cancer-free controls.

“These findings suggest mixed evidence for an association between congenital CMV infection and ALL” and that “a CMV-ALL association may be specific to hyperdiploid ALL,” said investigators, led by Jennifer Geris, PhD, a postdoctoral associate at Baylor College of Medicine, Houston, Texas.

A growing body of evidence suggests that CMV, a member of the herpesvirus family, may be a risk factor for ALL. Although the mechanism remains unclear, congenital CMV may encourage proliferation of CD34+ hematopoietic progenitor cells in bone marrow that are vulnerable to oncogenic transformation.

Two prior independent studies have suggested that prenatal CMV infection is associated with an increased risk of childhood ALL. However, given how common CMV infection is (more than 80% seropositivity worldwide) and the relatively rarity of pediatric ALL, Joseph Wiemels, PhD, argues in an accompanying editorial that CMV can’t be a direct cause of leukemia.

“Instead, CMV may play a supportive role” with infection in some infants altering immune function in a way that increases vulnerability to more direct causes of ALL, explained Wiemels, professor of population and public health sciences at Keck School of Medicine, University of Southern California, Los Angeles. In other words, “exposure to CMV early rather than fulminant infection” at birth “may be the key epidemiologic feature.”

In the current study, Geris and colleagues tested dried newborn blood spots from 1189 children with ALL and 4756 controls matched on age, sex, and mother’s race and ethnicity for the presence of cytomegalovirus at birth. Children were born in Michigan on or after October 1, 1987.

Across the entire study population, congenital CMV was detected in six ALL cases (0.5%) and 21 controls (0.4%), with no difference in the odds of congenital CMV infection between the two groups. Among subjects positive for congenital CMV, it was not clear who had fulminant, clinically recognized disease and who did not.

Overall, the investigators concluded that the current findings, in combination with previous evidence showing a similar connection, “strongly suggest CMV is associated specifically to hyperdiploid ALL.”

Although “the evidence supporting an association between CMV and ALL is tantalizing and mounting rapidly,” Wiemels noted that “much additional research attention is required to mechanistically describe pathways by which CMV may influence leukemia before the virus could be considered a potential target for prevention or clinical management of ALL.”

“We are still in the early chapters of the book describing the role of CMV and ALL,” but the virus might emerge as a clinical target “with much future promise for the health and well-being of our children,” he said.

The work was funded by the National Institutes of Health, the University of Minnesota, and the US Department of Defense. The investigators and editorialist have disclosed no relevant financial relationships.

M. Alexander Otto is a physician assistant with a master’s degree in medical science and a journalism degree from Newhouse. He is an award-winning medical journalist who worked for several major news outlets before joining Medscape. Alex is also an MIT Knight Science Journalism fellow. Email: aott[email protected]

Previous: Plant-based diets: What are they, and how do you start?
Next: Adopting pediatric readiness standards found to improve survival in hospital emergency departments
Pet Care News