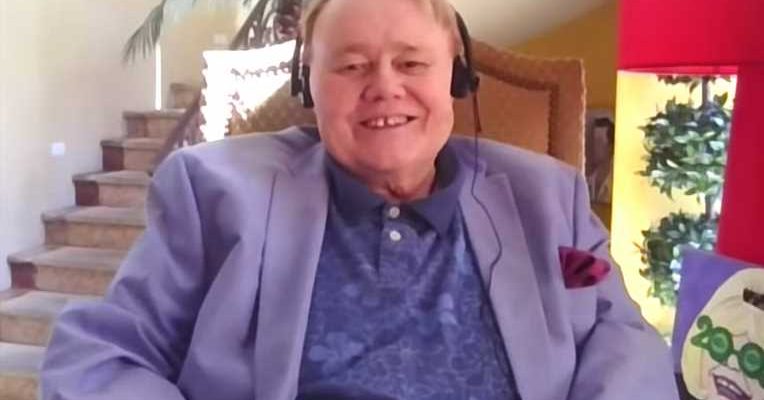 Louie Anderson embarked on a weight loss journey at the start of the COVID-19 pandemic.

The Coming to America actor, 67, said he's been working on his health over the last few months.

"I started the pandemic at about 370 or 380 pounds depending on what I was leaning on," Anderson joked to host Conan O'Brien during an appearance on Conan on Tuesday.

"And now I'm 340. I'm trying to get 275 so I can get into some of my mom's actual clothes," he added, referring to his female character on Baskets. Anderson continued to poke fun at his weight loss strategy, telling O'Brien, "I'm on the intermittent fast. One minute I'm eating, the next minute I'm not. Then I'm eating again. I figure, that way, I'm only eating for 30 minutes out of 60, which is half. I'm trying to get down to 40/20 so I'm not eating for 40 and eating for 20."

"No, it's a wonderful thing, the intermittent fasting," he said, in a moment of seriousness.

The Life with Louie star also said his weight loss will impact how he approaches comedy.

"You've spent a career telling really funny jokes about being heavy," said O'Brien. "You're losing weight, you're going to get down to this goal weight of 275 — are you going to retire those jokes?"

Anderson said that it'll be a major change for him — he realized that 1978 was the first time he joked about his size during a standup routine.

Previous: These 4 Athletes Are the Future of Their Sports
Next: Boy gets heart transplant after 17 months in Italian hospital
Related posts
Pet Care News