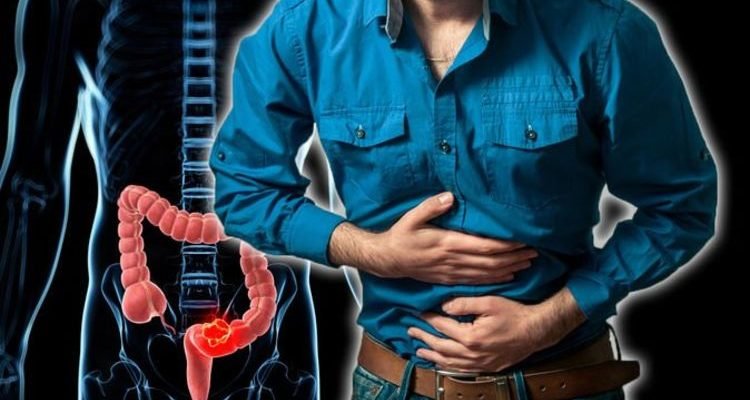 Bowel cancer is one of the most common cancers to be diagnosed in the UK, according to the NHS. It’s a general term for any cancer that develops in the large bowel, and it may sometimes be known as colon or rectal cancer. The early warning signs of bowel cancer can be very subtle, and many people may not be aware that they’re at risk. You could be at risk of bowel cancer if you suddenly develop stomach pain after eating, it’s been revealed.

The three main symptoms of bowel cancer are blood in the stools, a change in bowel habit, such as more frequent, looser stools, and abdominalpain

Abdominal pain or discomfort after eating could be one of the earliest warning signs of bowel cancer, said the NHS.

The pain may even result in patients eating less than normal, and subsequently weight loss.

But, the pain may be subtle, and some people won’t necessarily feel unwell, it added.

“The three main symptoms of bowel cancer are blood in the stools (faeces), a change in bowel habit, such as more frequent, looser stools, and abdominal (tummy) pain.

“As the vast majority of people with bowel cancer are over the age of 60, these symptoms are more important as people get older.

“These symptoms are also more significant when they persist in spite of simple treatments.

“Most people who are eventually diagnosed with bowel cancer have one of the following combinations of symptoms: A persistent change in bowel habit, blood in the stools, abdominal pain, discomfort or bloating always provoked by eating.

“The symptoms of bowel cancer can be subtle and don’t necessarily make you feel ill.”

Stomach pain that start suddenly and is severe is a greater cause for concern, and should be regarded as a medical emergency, it added.

If you do develop severe abdominal pain, you should speak to a GP straight away, or call NHS 111.

The pain may also be caused by appendicitis, a perforated stomach ulcer, or even kidney stones.

Signs and symptoms of bowel cancer

Bowel cancer is one of the most common cancers in the UK for over 60’s. Here are the signs and symptoms to look out for.

Signs and symptoms of bowel cancer

Other bowel cancer symptoms include persistent tiredness, weight loss, or developing a painful lump in your stomach.

It’s also important to notice any change to your bowel habits. You may develop looser stools than normal, or you may need to poo more often than normal.

If your changing toilet habits lasts for at least four weeks, you should consider speaking to a doctor, said the NHS.

But, most people with these symptoms don’t have bowel cancer. They’re more likely to be caused by something less serious, including constipation, irritable bowel syndrome, or Crohn’s disease.

More than 40,000 new cases of bowel cancer are diagnosed in the UK every year.