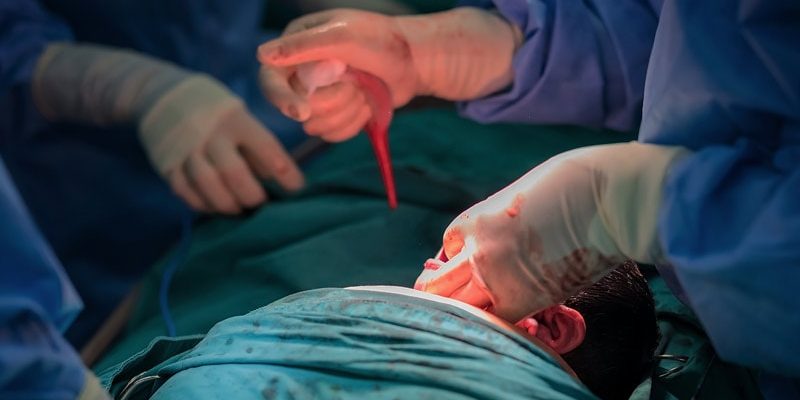 Surgeon gender was not associated with maternal morbidity or severe blood loss after cesarean delivery, a large prospective cohort study from France reports. The results have important implications for the promotion of gender equality among surgeons, obstetricians in particular, wrote a team led by Hanane Bouchghoul, MD, PhD, of the department of obstetrics and gynecology at Bordeaux (France) University Hospital. The report is in JAMA Surgery.

“Our findings are significant in that they add substantially to the string of studies contradicting the age-old dogma that men are better surgeons than women,” the authors wrote. Previous research has suggested slightly better outcomes with female surgeons or higher complication rates with male surgeons.

The results support those of a recent Canadian retrospective analysis suggesting that patients treated by male or female surgeons for various elective indications experience similar surgical outcomes but with a slight, statistically significant decrease in 30-day mortality when treated by female surgeons.

“Policy makers need to combat prejudice against women in surgical careers, particularly in obstetrics and gynecology, so that women no longer experience conscious or unconscious barriers or difficulties in their professional choices, training, and relationships with colleagues or patients,” study corresponding author Loïc Sentilhes, MD, PhD, of Bordeaux University Hospital, said in an interview.

Facing such barriers, women may doubt their ability to be surgeons, their legitimacy as surgeons, and may not consider this type of career, he continued. “Moreover a teacher may not be as involved in teaching young female surgeons as young male surgeons, or the doctor-patient relationship may be more complicated in the event of complications if the patient thinks that a female surgeon has less competence than a male surgeon.”

The analysis drew on data from the Tranexamic Acid for Preventing Postpartum Hemorrhage after Cesarean Delivery 2 trial, a multicenter, randomized, placebo-controlled study conducted from March 2018 through January 2020 in mothers from 27 French maternity hospitals.

Despite the longstanding stereotype that men perform surgery better than women, and the traditional preponderance of male surgeons, the authors noted, postoperative morbidity and mortality may be lower after various surgeries performed by women.

In an accompanying editorial, Amanda Fader, MD, of the department of obstetrics and gynecology at Johns Hopkins School of Medicine in Baltimore, and colleagues caution that the French study’s methodology may not fully account for the complex intersection of surgeon volume, experience, gender, clinical decision-making skills, and patient-level and clinical factors affecting outcomes.

That said, appraising surgical outcomes based on gender may be an essential step toward reducing implicit bias and dispelling engendered perceptions regarding gender and technical proficiency, the commentators stated. “To definitively dispel archaic, gender-based notions about performance in clinical or surgical settings, efforts must go beyond peer-reviewed research,” Dr. Fader said in an interview. “Medical institutions and leaders of clinical departments must make concerted efforts to recruit, mentor, support, and promote women and persons of all genders in medicine – as well as confront any discriminatory perceptions and experiences concerning sex, race and ethnicity, sexual orientation, or economic class.”

This study was supported by the French Ministry of Health under its Clinical Research Hospital Program. Dr. Sentilhes reported financial relationships with Dilafor, Bayer, GlaxoSmithKline, Sigvaris, and Ferring Pharmaceuticals. The editorial commentators disclosed no funding for their commentary or conflicts of interest.

This article originally appeared on MDedge.com, part of the Medscape Professional Network.