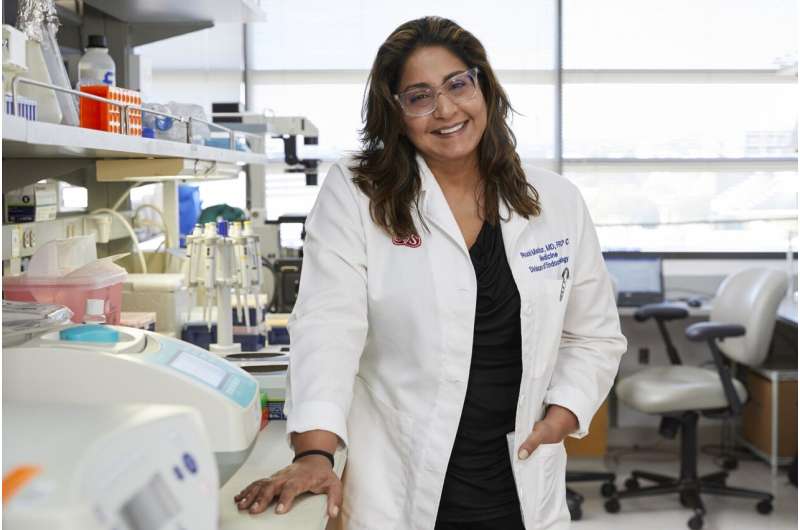 Researchers at Cedars-Sinai have found that aging produces significant changes in the microbiome of the human small intestine distinct from those caused by medications or illness burden. The findings have been published in the journal Cell Reports.

“By teasing out the microbial changes that occur in the small bowel with age, medication use and diseases, we hope to identify unique components of the microbial community to target for therapeutics and interventions that could promote healthy aging,” said Ruchi Mathur, MD, the study’s principal investigator.

Research exploring the gut microbiome, and its impact on health, has relied predominantly on fecal samples, which do not represent the entire gut, according to Mathur. In their study, investigators from Cedars-Sinai’s Medically Associated Science and Technology (MAST) Program analyzed samples from the small intestine–which is over 20 feet in length and has the surface area of a tennis court–for examination of the microbiome and its relationship with aging.

“This study is the first of its kind to examine the microbial composition of the small intestine of subjects 18 years of age to 80. We now know that certain microbial populations are influenced more by medications, while others are more affected by certain diseases. We have identified specific microbes that appear to be only influenced by the chronological age of the person,” said Mathur, an endocrinologist and director of the Diabetes Outpatient Treatment & Education Center.

The 21st century has been referred to as the “era of the gut microbiome” as scientists turn considerable attention to the role trillions of gut bacteria, fungi and viruses may play in human health and disease. The microbiome is the name given to the genes that live in these cells. Studies have suggested that disturbances in the constellations of the microbial universe may lead to critical illnesses, including gastroenterological diseases, diabetes, obesity, and some neurological disorders.

While researchers know that microbial diversity in stool decreases with age, Cedars-Sinai investigators identified bacteria in the small bowel they refer to as “disruptors” that increase and could be troublesome.

“Coliforms are normal residents of the intestine. We found that when these rod-shaped microbes become too abundant in the small bowel–as they do as we get older–they exert a negative influence on the rest of the microbial population. They are like weeds in a garden,” said study co-author Gabriela Leite, Ph.D.

Investigators also found that as people age, the bacteria in the small intestine change from microbes that prefer oxygen to those that can survive with less oxygen, something they hope to understand as the research continues.

“Our goal is to identify and fingerprint the small intestinal microbial patterns of human health and disease. Given the important role the small bowel plays in absorption of nutrients, changes in the microbiome in this location of the gut may have a greater impact on human health, and warrants further study,” said Mark Pimentel, MD, director of the MAST program and a co-author of the study.

Previous: Blood clot symptoms: The change in your speech which could be a sign
Next: Antibody kinetics after natural SARS-CoV-2 infection and COVID-19 vaccination in Hispanic/Latino population
Related posts
Pet Care News