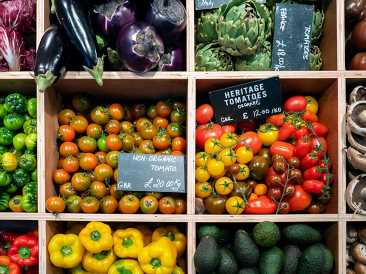 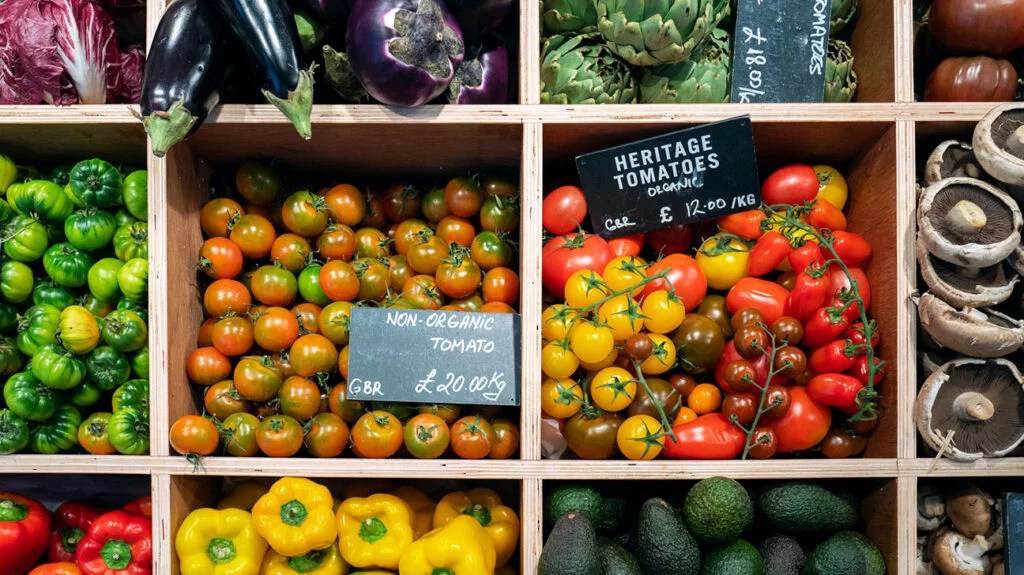 Although women tend to have longer lifespans than men, they also have more health conditions.

Likewise, while women tend to have more robust immune systems than men, they also account for 80% of autoimmune conditions.

Many neurodegenerative diseases, such as Alzheimer’s disease and age-related macular degeneration, are more common in women than men.

Some research suggests that these differences may arise from different levels of exposure to oxidative stress both from lifestyle factors and internal factors such as endocrine differences.

If this is the case, antioxidants and anti-inflammatory elements in the diet may be a benign way to reduce oxidative and inflammatory stress and thus improve health.

They found that intake of pigmented carotenoids may be important for preventing visual and cognitive loss.

The review was published in Nutritional Neuroscience.

“This review builds on decades of previous work conclusively showing that a diet high in fruits and vegetables- many of which contain carotenoids, responsible for some of the vivid colors of fruits and vegetables- is associated with healthy aging and longevity, and a lower risk of chronic disease,” said Amy Keller Ph.D., Assistant Professor in the Division of Endocrinology, Metabolism and Diabetes at the University of Colorado Denver, not involved in the review.

“The reasons why this is so are probably multifactorial, but possible reasons why carotenoids are beneficial are because of antioxidant and anti-inflammatory activity,” she added.

In the review, the researchers noted that low bone mineral density can be detected in females in their 30s and accelerates after menopause.

Studies have shown that some carotenoids may slow bone loss.

These include lycopene — found in tomatoes, as well as beta-carotene and lutein (L), and zeaxanthin (Z) which are found in leafy greens and eggs.

The researchers also noted that higher levels of L and Z are linked to lower incidence and prevalence of cataracts and age-related macular degeneration (AMD).

Previous research suggests that carotenoids inhibit brain beta-amyloid deposition and slow down fibril formation, both of which are associated with dementia.

They further noted that L and Z increase cellular efficiency and improve cognitive function in children, young adults, older adults, and those with cognitive impairment.

Other research shows that L and Z are crucial for infant development. One study found that women in the highest quartile of L and Z intake had children with a 38% lower risk of poor vision when assessed three years later.

The researchers added that other studies demonstrate that high levels of serum carotenoids have also been linked to a reduced risk of:

When asked about how pigmented carotenoids such as L and Z may improve health, Prof Billy Hammond of the Behavioral and Brain Sciences Faculty at the University of Georgia, one of the study’s authors, told Medical News Today:

“The old adage that you are what you eat is literally true. What you eat influences the composition of your brain and the chemicals called neurotransmitters and hormones that are involved in its function.”

He explained that the brain is composed of around 60% fat, which makes it especially vulnerable to oxidative stress. To counteract any potential damage, our brains typically incorporate lipid-soluble antioxidants from foods like eggs and leafy greens to protect the brain. Problems arise as modern diets tend to contain less of these antioxidants than needed.

While carotenoids consumed from food may improve health outcomes, research suggests that supplemental versions of these nutrients may not yield the same effect. This is because individual nutrients may not affect the body in the same way as when consumed as part of a fruit or vegetable.

With this in mind, Wendy L. Bennett, MD., Associate Professor at the School of Medicine at Johns Hopkins University, not involved in the study, told MNT:

“Taking vitamin E or beta‐carotene supplements will not prevent or delay the onset of AMD. The same probably applies to vitamin C and the multivitamin (Centrum Silver), [as found in a clinical trial].”

“There is no evidence concerning other antioxidant supplements, such as lutein and zeaxanthin. Vitamin supplements may have harmful effects, and clear evidence of benefit is needed before they can be recommended,” she added.

The researchers concluded that given the high probability to help and low probability of harm, approaches targeting L and Z intake in women could be beneficial.

When asked about the study’s limitations, Dr. Keller noted that future work should elucidate the mechanisms underlying the clinical results mentioned in this review.

Dr. Hammond added that it is very challenging to relate a single input such as vitamin E to a complex endpoint that develops over an entire lifetime. He added:

“Most degenerative diseases, like dementia, are as complex as aging itself and involve many exposures that only matter a little at a given time but a lot when aggregated over 50 years. Imagine, for example, that a given dietary component decreases your risk by one percent a year. [It may seem small, however] one percent a year for 70 years though, means a reduction in risk of about 30%, which is huge.”

Dr. Bennett noted, however, that the researchers did not conduct original research, meaning that their synthesis and summary of evidence may be susceptible to bias.

Other nutrients beneficial to women

When asked about what other nutrients may have a protective effect on women’s health, Dr. Keller said:

“In addition to carotenoids, flavonoids also are responsible for the colors of fruits and vegetables. Our team studies the potential of a flavonoid, (-)-epicatechin, found in commonly consumed foods such as chocolate and tea. This compound improves vessel health in our studies. As women lose cardiovascular risk protection after menopause, supporting their vascular health through nutrients with targeted bioactivity may help women’s health in aging.”

Dr. Hammond added that general lifestyle factors such as getting more exercise and eating a healthy diet are also key to improving health. He said: “It is common to think of single components of diet- like drugs or ‘a pill for every ill’. While supplementing is sometimes a good strategy, optimizing diet is your best first approach.”

Previous: Type 2 diabetes symptoms: An ‘intriguing’ way shown to lower high blood sugar
Next: The pro players aren’t the only ones benefiting from the success of the Women’s Euros
Pet Care News