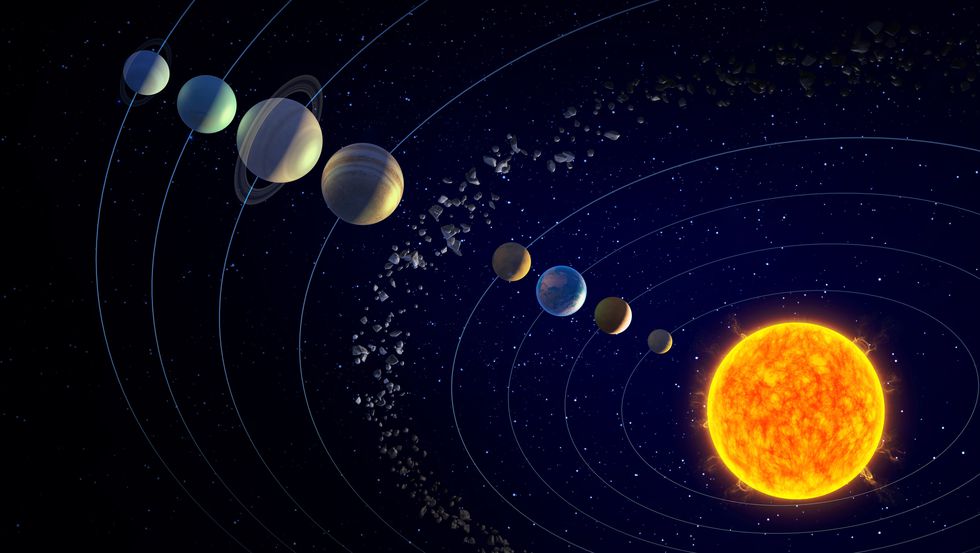 Are you freaking the eff out about Mercury in retrograde? Slash do you even know what that really means? No, it’s not the zombie apocalypse. No, you’re not going to get hurt, lose your job, or (worst of all) unexpectedly run out of dry shampoo.

As astrologer Debra Anne Clement explains, Mercury is the planet that rules transportation and communication. Three times a year for three weeks, the planet goes retrograde—a.k.a. moves backwards in the zodiac—impacting areas of your life like air travel, paperwork, and even texting. The next dates this year are July 25 to August 18 and November 16 to December 6.

But while people tend to assume that Mercury going retrograde is all bad news…well, they’re wrong. “It’s there to make us be more introspective in any area of our life,” Clement says. “We are all in such a rush, so it does serve a purpose. Life cannot stop for it and it shouldn’t stop.”

So, what exactly should you do during Mercury in retrograde? Step right this way:

The last time you went to the doctor, you were probably panicking about something you read on WebMD. Now’s the perfect time to go in “just because,” says Clement. Information is difficult to hide when Mercury is in retrograde, so your doctor might discover new insights about your health.

Keep in mind, though, that because paperwork has a tendency to be inconclusive during retrograde, you might need to go in for a second opinion down the line.

If you’re going on a trip, don’t rely on your GPS for directions, or count on being able to pull up flight tickets via email. Print out everything you’ll need to make sure you get to your destination. Why? Mercury controls both communication and transportation, and when it’s in retrograde, you risk things going astray in both departments.

Similarly, if you’re sending an important piece of mail or package, make sure you get a tracking number on it so you can trace it if it gets lost. If you leave someone a voice mail and don’t hear back in a timely manner, it could have gotten deleted, so call back again.

The same way the truth reveals itself in the doctor’s office, so too does it come out in your personal relationships, says Clement. Always wanted to get a sense of how your frenemy really feels about you? Have a heart-to-heart. Their true colours will shine through.

Now is also the perfect time to look for a new career. You’ll gain greater access to information about the job, be it how you stack up against other candidates or what you need to advance to the next step.

Time management is especially important during Mercury in retrograde. There could be train delays, construction detours, car troubles, or any unforeseen circumstances that could impact your commute or travels. Being mentally prepared for any last-minute changes (breathe deep!) will make it so much easier to survive the ominous energy.

On the plus side, think of any mishaps as a blessing in disguise: “From a spiritual perspective, maybe you aren’t supposed to be on that plane. I’m not saying it’s going to crash, but maybe on the next [plane] you will meet someone,” Clement says.

5. Don’t commit to anything

Put off committing to anything like a relationship, job offer, or even a new workout routine. There might be miscommunications that throw a wrench in the negotiating department, or your plans might get hella delayed.

As a former practicing lawyer, Clement has had to sign numerous contracts in retrograde. “Some went through fine, and some were from hell,” she says. “It always gets resolved. Even if something gets delayed, it does work out.”

Instead of idly waiting for retrograde to pass, use this opportunity to conduct research, or review material and terms of contracts. Reestablish your priorities, Clement says.

You might notice a peak in your focus and attention to detail since Mercury controls the mind. Use that to your benefit by editing or fixing mistakes, be it something you wrote or said out loud, says Clement. The heavens are forgiving during retrograde, in that it’s an opportune moment to right your wrongs.

Previous: Pollutants On Your Commute Could Be Damaging Your Health
Next: How Many HIIT Workouts Should You Really Be Doing Each Week?
Related posts
Pet Care News