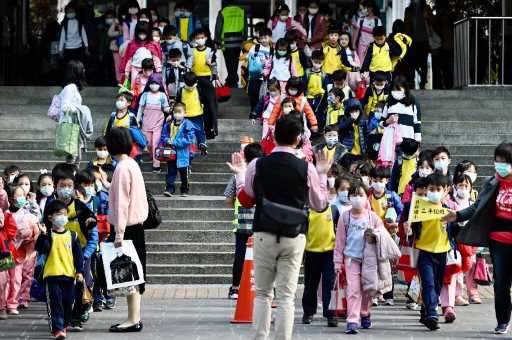 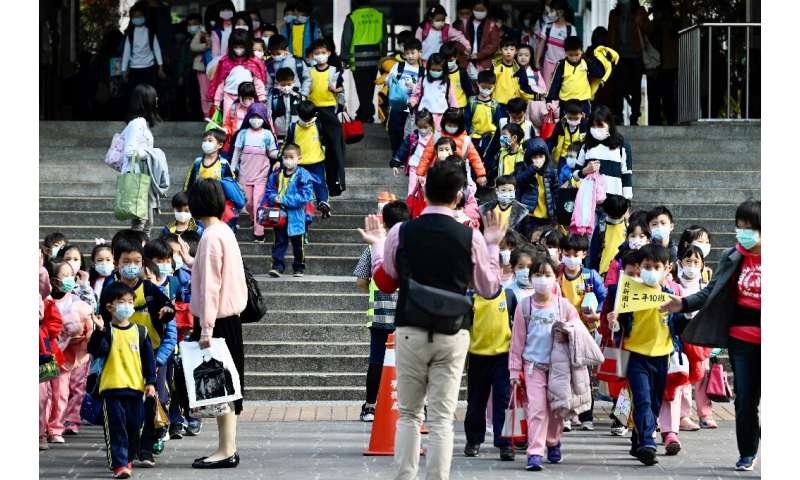 Almost 300 million students worldwide faced weeks at home on Thursday with Italy the latest country to shut schools over the deadly new coronavirus, as the IMF urged an all-out global offensive against the epidemic.

More than 95,000 people have been infected and over 3,200 have died worldwide from the virus, which has now reached some 80 countries and territories.

In California, Governor Gavin Newsom declared an emergency following the state’s first coronavirus fatality—raising the US death toll to 11—and a cruise ship was kept offshore after passengers and crew members developed symptoms.

The vast majority of global deaths and infections are in China, where the virus first emerged late last year, prompting the country to quarantine entire cities, temporarily shut factories and close schools indefinitely.

As the virus has spread, other countries have also implemented extraordinary measures, with UNESCO saying Wednesday that 13 countries have closed schools, affecting 290.5 million children, while nine others have implemented localised closures.

While temporary school closures during crises are not new, UNESCO chief Audrey Azoulay said, “the global scale and speed of the current educational disruption is unparalleled and, if prolonged, could threaten the right to education.” 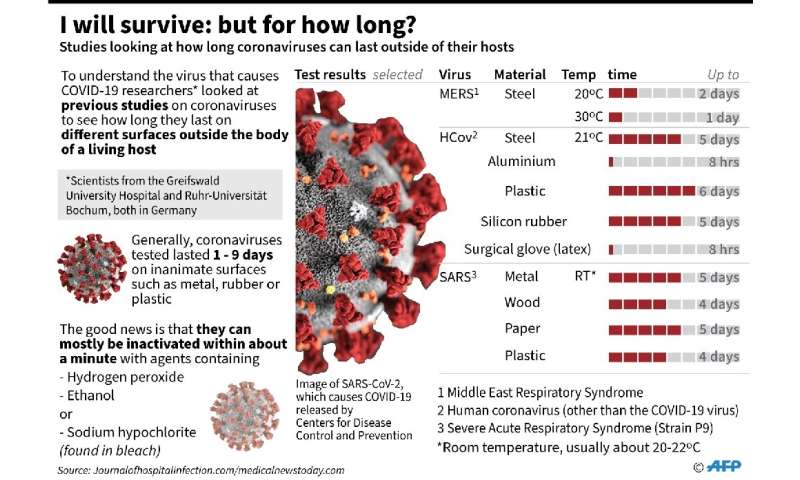 Italy on Wednesday ordered schools and universities shut until March 15, ramping up its response as the national death toll rose to 107, the deadliest outbreak outside China.

South Korea—the country with the largest number of cases outside China with nearly 6,000—has postponed the start of the next term until March 23.

In Japan, nearly all schools are closed after Prime Minister Shinzo Abe called for classes to be cancelled through March and spring break, slated for late March through early April.

Some 120 schools closed in France this week.

The German health minister said the outbreak was now a “global pandemic”—a term the World Health Organization has stopped short of using—meaning the virus is spreading in several regions through local transmission.

Thousands of people were stranded on the Grand Princess off the California coast Wednesday as officials delayed its return to carry out tests on people on board. 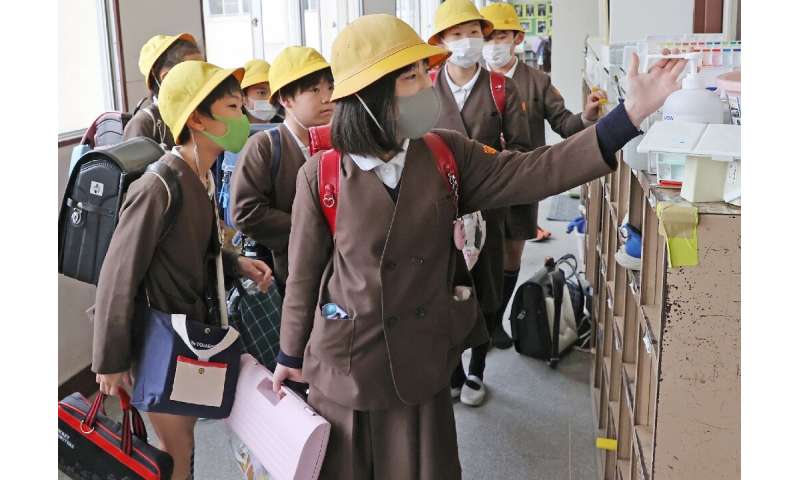 A 71-year-old man who had been aboard the same ship during its previous voyage to Mexico died after contracting COVID-19.

The vessel belongs to Princess Cruises, the same company which operated a coronavirus-stricken ship held off Japan last month on which more than 700 people on board tested positive, with six dying from the disease.

Infections are now rising faster abroad than they are in China, where 31 more deaths and 139 new cases were reported Thursday. China’s death toll now stands at 3,012, with over 80,000 infections.

Beijing is now concerned about importing cases, with 20 infections brought from abroad so far, including Italy and Iran—prompting the capital to require people arriving from hard-hit countries to go into self-quarantine.

From western Europe to eastern Asia, supermarket and pharmacy shelves have been stripped of supplies in recent weeks, including masks, toilet paper and hand sanitiser. 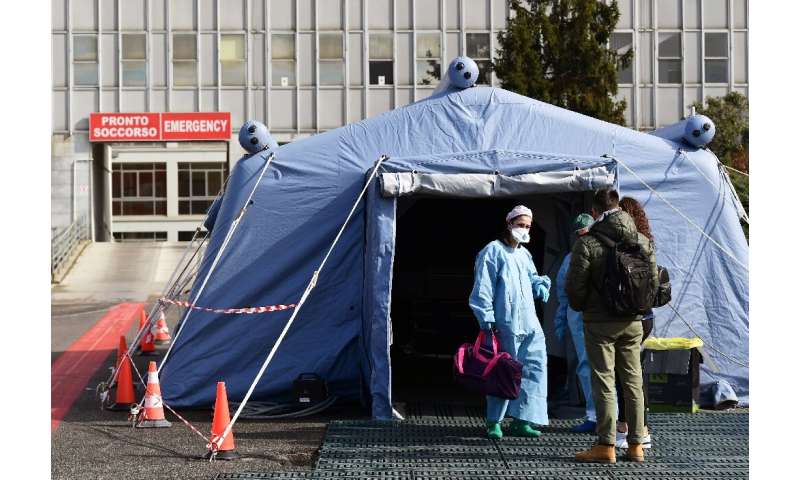 Stock markets have rumbled over fears of recession, but Asian shares extended gains on Thursday after a surge on Wall Street buoyed by global stimulus measures.

The IMF said it was making $50 billion in aid available for low-income and emerging-market countries to fight the epidemic, which it sees as a “serious threat” that would slow global growth to below last year’s 2.9 percent.

“At a time of uncertainty… it is better to do more than to do not enough,” IMF chief Kristalina Georgieva said, calling the epidemic “is a global problem calling for global response”.

In the United States, lawmakers reached a deal to provide more than $8 billion to fight the outbreak.

Governments are scrambling to contain the spread of the virus.

The outbreak in Italy has swelled despite tough measures, including quarantining 11 towns with 50,000 people. 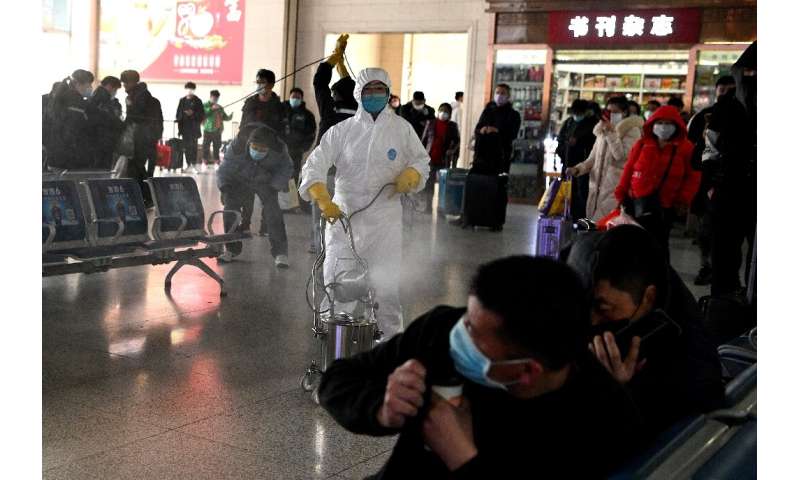 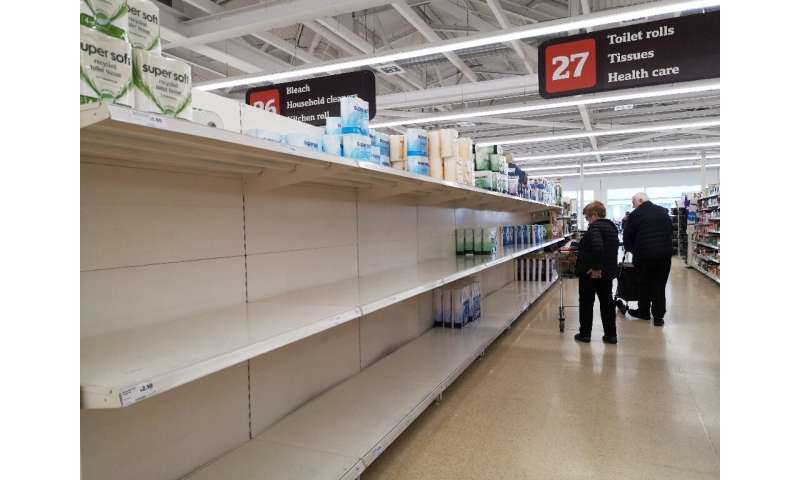 New measures include a month-long nationwide ban on fan attendance at sports events, and advising people to avoid greetings like kissing on the cheek or shaking hands.

Prime Minister Giuseppe Conte said Italy could tackle the outbreak as long as it remained contained.

“But in case of exponential growth, not just Italy but any other country in the world would not be able to manage the situation,” he said.

In Iran, where 92 people have died from the disease, schools have been shut and major cultural and sporting events suspended.

Saudi Arabia has suspended the year-round Islamic “umrah” pilgrimage, an unprecedented move that raises fresh uncertainty over the annual hajj.