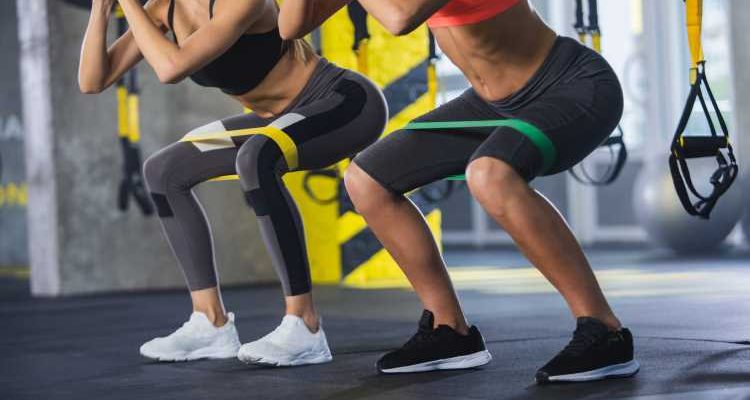 Two teenagers in China ended up in the intensive care unit after doing too many squats, chinapress.com reported.

That's not a euphemism; "squats" are not a new designer drug you're unaware of (at least we don't think they are?). The two teen girls were literally squatting over and over again, 1,000 times apiece, in a contest to see who could flex their glutes the longest.

Both girls won, apparently, agreeing to a ceasefire after their reps reached quadruple digits. However, about two days later, they both lost.

One of the girls reported intense soreness in her legs and found she was unable to bend them. When she saw that her urine had turned brown, she had her boyfriend take her to the hospital. The girl was diagnosed with rhabdomyolysis — a rare but serious condition in which a person's muscle fibers break down and spill a protein called myoglobin into the bloodstream. (The girl's friend was subsequently hospitalized for the same reason, China Press reported.) [27 Oddest Medical Case Reports]

Myoglobin can be harmful to the kidneys, and may result in permanent kidney damage or failure if not treated quickly, according to the National Library of Medicine. Luckily, the girls were transferred to intensive care soon after their diagnoses, and hooked up to IVs to help clear the protein from their system.

Rhabdomyolysis can be caused by severe exertion (i.e., too many squats) as well as trauma, heatstroke or the use of certain drugs, Live Science previously reported. For young people, overexertion seems to be a common cause. In 2018, a 17-year-old boy was hospitalized with rhabdomyolysis for five days after one strenuous, 90-minute weight-lifting session (he had not worked out for several years before the incident, the boy said). Another teen was diagnosed with it in 2015 after completing two strenuous football practices in the same day.

Previous: What Lifting Weights Does to the Harmful Fat Around Your Heart
Next: Identity-shifting cells protect against rupture in atherosclerosis
Related posts
Pet Care News