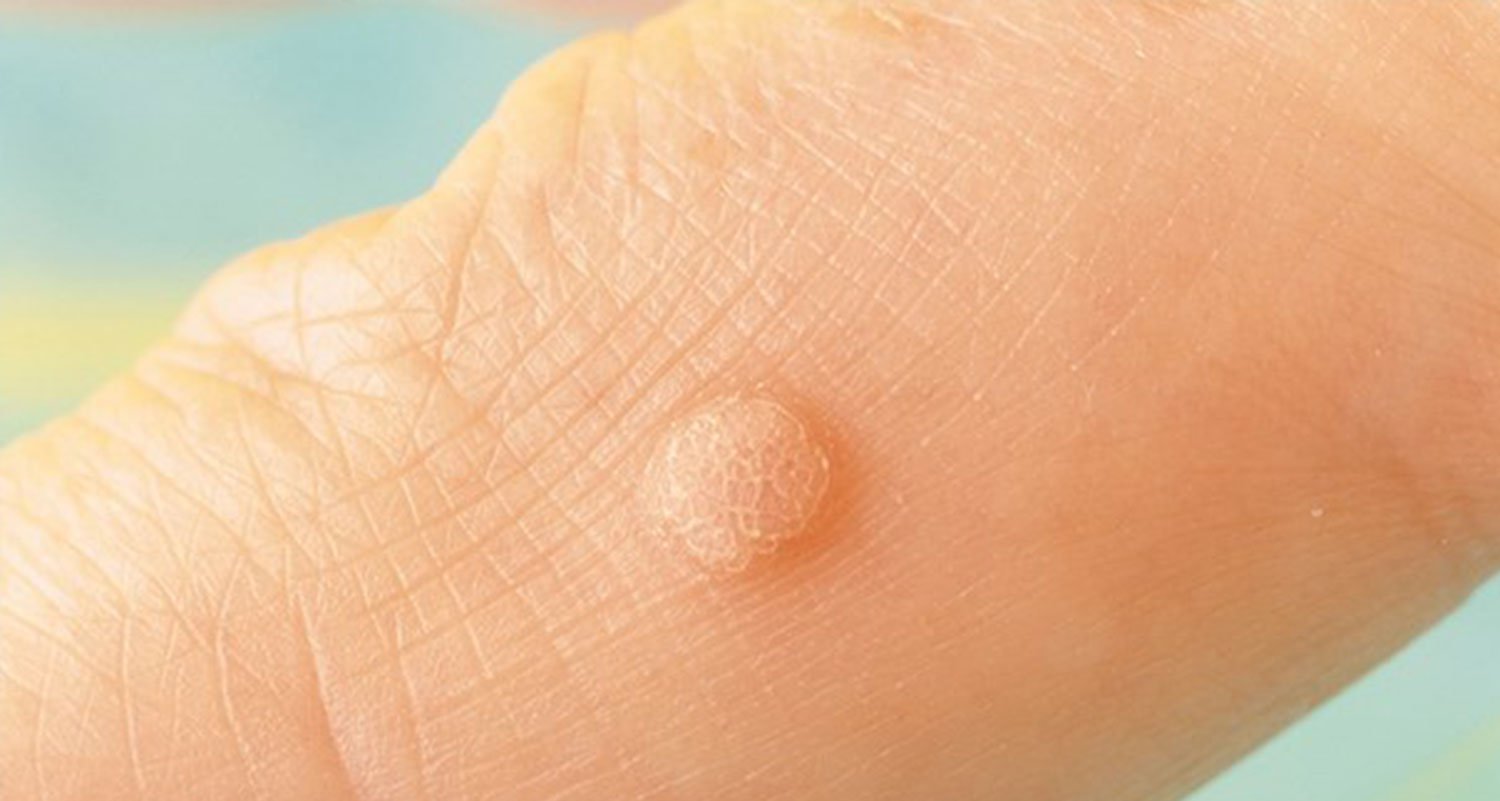 Warts can be very stubborn to get rid of, and annoying if they’re on your hands or somewhere that catches them on clothes or scrapes them. Luckily, there are some natural ways to remove them that are worth a try before moving on to more drastic measures.

Warts are caused by the human papilloma virus (HPV), which has over 100 types. Some strains (like the one that cause common warts) are relatively harmless, but because they’re caused by a virus, can be spread to other parts of your body and to other people as well.

There are three main types of warts:

Apple cider vinegar’s high acidity attacks the “flesh” that makes up the wart, kills the physical wart itself, and allows it to peel naturally from the skin. This should take the virus with it, and it shouldn’t return anytime soon. Apply with a cotton cloth daily, after gently using a pumice stone to remove any dried skin on the wart so it can penetrate.

Bananas contain a proteolytic enzyme that eats away at the wart. Twice a day, scrape the off the inside of banana peel and apply it to your wart. Wash your hands well afterwards to keep the warts from spreading. Repeat until the wart is gone.

It is thought that applying Vitamin C directly to the wart will destroy the virus causing it. Using lemon juice not only gives an extra boost of vitamin C, but the acid helps kill the source of the wart. Crush up a vitamin C tablet and add enough lemon juice or water to make a paste. Cover this with a bandage and reapply daily.

When you have a wart, basil can be effective due to its anti-viral properties. Crush ¼ cup basil leaves until they are juicy. Apply to the wart, cover, and reapply daily until the wart is gone, which usually takes one-to-two weeks. You can adjust the amount if you need more or less.

The milk found in dandelions has been found useful in getting rid of warts. Simply pull the head off of a dandelion and rub the milk onto the wart, and cover it with a bandage. Do this twice daily until the wart is gone.

One of the most common natural remedies for warts you will hear about to rub a potato on it. All you need to do is peel a potato and cut a round slice from it. Rub the slice on your wart three times a day for as long as possible. You can also bandage the potato and leave it on, changing bandage daily.

Pineapple juice softens the wart, because the juice has a high level of acidity, and a special enzyme to dissolve and eat away at the wart. It will sting at first but you just need to soak in juice for three-to-five minutes daily.

Warts are notoriously hard to get rid of because of a barrier that keeps the virus that causes them safe and undetected by your immune system. To tell your immune system to fight off the wart, simply ice the wart until numb and then hold a sharp needle over a flame to sterilise it. Poke it well into the wart and then all over. Now that your body is alerted, it will attack the virus that is causing the wart.

Apply freshly crushed garlic directly to the wart and cover with a bandage. The caustic effect of the garlic will cause the wart to blister and fall off.

Many people swear by putting duct tape over the wart for six days, then soaking the wart in water and gently removing dead tissue with a pumice stone, repeating the process until the wart is gone.

Cover the wart with a band-aid and leave it on overnight to soften it up, then cut a raw, peeled onion in half and dip into salt, and rub into the wart three times a day.

Make sure you always wash your hands before and after touching your wart, and be careful not to touch anywhere else on your body or another person, to prevent the wart from spreading.

This article originally appeared on Starts at 60.

RELATED: This Super-Cheap Natural Treatment Cleared Up My Biggest Pimples After Just 1 Week

Previous: Kate Upton Reveals The One Workout She Swears By
Next: Serena Williams Asks For Advice About This Pregnancy Problem
Related posts
Pet Care News