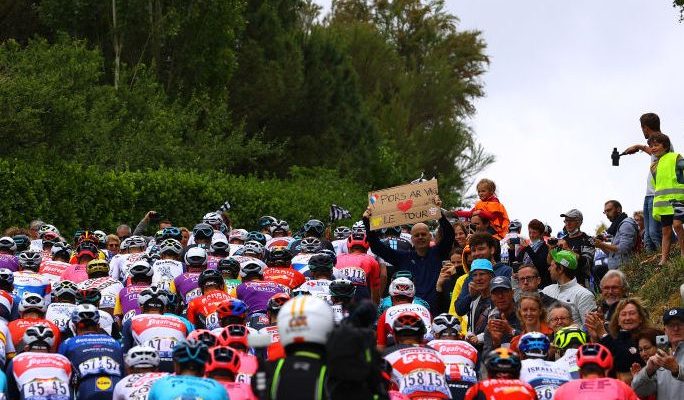 The roadside fan who caused a giant crash in the first stage of the 2021 Tour de France on Saturday will be sued by the organizers.

A woman held up a banner while standing on the edge of the road and was looking straight at the television motorbike cameras, with her back turned on the speeding peloton.

German rider Tony Martin of Jumbo Visma brushed past her and was knocked off balance near the head of the peloton, and when he fell it caused a horrifying domino effect, creating a tangle of bikes and bodies.

DSM’s German rider Jasha Sutterlin was the only one who had to pull out at that moment but several people were hurt, including spectators.

“We are suing this woman who behaved so badly,” Tour deputy director Pierre-Yves Thouault told AFP.

“We are doing this so that the tiny minority of people who do this don’t spoil the show for everyone,” he said.