Over the past two decades, Steve Backshall has pushed himself to his limits in every high-octane environment that you can imagine, from scaling sheer mountains in Venezuela and wading through Argentinian swamps to descending into desert canyons in Oman. When we caught up, the Deadly 60 host (which airs on BBC Earth in the UK) is fresh from a fortnight spent thundering down violent white-water rapids on Russia’s Kamchatka Peninsula.

The trip was as grueling as it gets. “Occasionally, you had to put your boat on your back and hike with it,” he says. “One day, we spent eight hours thrashing through dense bush. Then, you had to get back in and tackle the rapids. It was brutal.”

Bodyweight exercises form the foundations of Backshall’s training, which is tailored to every expedition. To prepare for Kamchatka, he alternated steady-state kayaking with intense HIIT. “I had a good deal of power work—lots of plyometrics, calisthenics, tossing big tyres,” he says. “It’s all geared towards having that explosiveness available when you need it. At my age, it’s one of the first things that tends to go, if you don’t work on it.”

Chin-ups are always a staple, whatever the destination. “I work on chins every other day,” Backshall says. They are particularly effective for climbing expeditions, he adds, for which the ratio of upper-body strength to bodyweight is hugely important.

Recently, Backshall has been incorporating breath work into his training to boost his lung capacity ahead of his next trip – free-diving untouched seamounts in the Pacific. “I’m driven by the sense that there are still parts of the planet that no one knows anything about,” he says. “Even now, you could be the first person to summit a mountain or take light into a cave system. I find that thrilling.” Wherever he’s going, he’s certainly not slowing down. 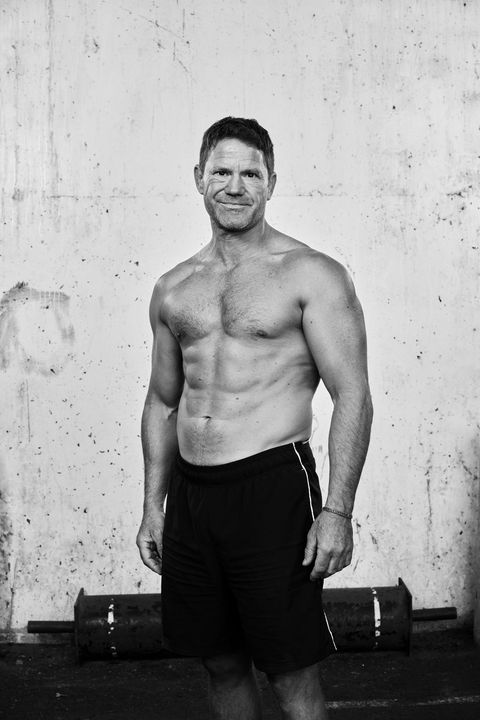 Get Yourself Expedition Fit

Supplement your chin-ups with three more moves that Backshall uses to hone his adventure-ready physique. 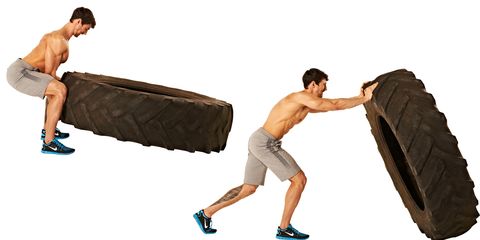 With your feet at shoulder width, push back your hips, keeping your back straight and your core engaged. Grip the tyre, with your hands on the treads (A). Drive up through your hips. Once the tyre is almost vertical (B), let it topple. 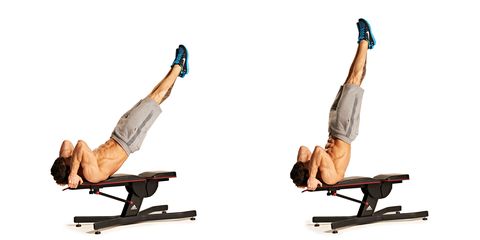 Lying on a bench, grip the top of it behind your head. Kick your legs upward (A). Point your toes and brace your body (B). Return to the starting position, taking care not to bend at your hips, or arch your back. That’s one rep. 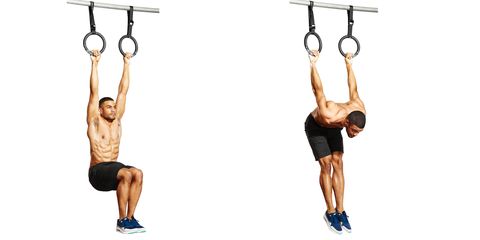 In a dead hang, raise your knees (A) and keep going so your feet pass through your arms, into the pike position. Move your feet round and towards the ground (B). Reverse by using your abs and hips to pull your legs up and over.

Tags: 40s, Backshall, build, continues, EXPLORER, His, How, Into, muscle, Steve, to, well