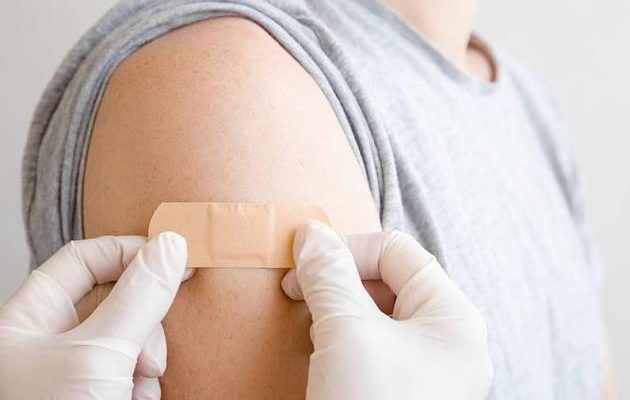 She comes suddenly, remain for a long time and can be very dangerous: A real flu is something completely different than a cold, even if the latter is sometimes called “flu infection”.

Usually, he is harmless, in contrast to the flu, or Influenza.

“Influenza is a potentially severe and fatal disease. In Europe, it is cases, the infectious disease with the most death,” says Professor Gerd Fätkenheuer, President of the German society for infectiology (DGI).

In the Winter of 2017/2018, more than 25,000 people died, according to information of the Robert Koch Institute (RKI) in Germany alone, the disease.

As bad as the Influenza is not every year: 2017/2018 the flu wave was unusually strong. Lightly, you should take the disease never. The good news: There is a vaccination.

But for whom is this suitable and are there any side effects? The most important questions and answers in the Overview:

Who should be vaccinated?

The Standing Committee on vaccination (Stiko) recommends: Vaccinate all people aged 60 and over, all the residents of retirement and nursing homes should all Pregnant women from the fourth month, and all of the people with increased health risk.

People with heart problems, for example, are threatened by the Influenza especially. Add to that all the care for these persons at risk or living in a household and then people with certain Occupations, medical personnel, for example.

What is with all the others?

The can can – and should – also should be vaccinated. “The flu vaccination is not recommended by the Stiko for all persons, but that does not mean that you need it,” says Fätkenheuer. “Personally, I would generally always recommend to get vaccinated.”

Not only because the risk of their own infection is reduced, but also because there is better protection for all.

Who should not vaccinate?

Hardly anyone. Need to watch out for, according to the Stiko all, the have an Allergy to ingredients of the vaccine, chicken protein, for example. You should speak to prior to the vaccination with your doctor.

And: Who is acutely and gravely ill, with more than 38.5 degrees fever, for example, should dispense with the prick only once, but then quickly catch up. A slight cold is not a hindrance, says Fätkenheuer.

Which time is the correct one?

“November is always a good time to get vaccinated. As measured by the course of the last flu wave, it is the ideal time,” says Fätkenheuer.

Its the climax of a wave of Flu usually is achieved only after the new year. So long as you don’t should wait but. Because after the prick, it takes about 14 days until the Vaccine really works. “In principle, it is but also in January or February makes sense to get vaccinated if you have not made it until then.”

In the gallery: 25 tips for a cold

Are there any risks?

“Basically, the flu shot is safe,” says Fätkenheuer. Side effects there away from the trifles no. “Of course, it may be that the hurts injection site and reddened. And it can also be that you feel to be the next day, a certain malaise, the more it is.”

Should Pregnant women be vaccinated?

Not only can you, you should, says Michael Wojcinski, vaccine expert at the professional Association of gynaecologists (BVF). Pregnant women not only have a higher risk of infection. Once plugged in, caught the Influenza, often violent.

Also, the risk of complications is higher. It is important that the environment of the Pregnant woman, vaccination can be, all of the partners. Nursing mothers can and should also be vaccinated.

Why should Pregnant women later to vaccinate?

The Stiko recommends vaccination for Pregnant women in the second Trimester. “But actually, no medical reasons, about the vaccination,” said Wojcinski.

“That’s why we vaccinate in the case of pre-existing disease of the Pregnant woman or when the influenza wave has already been running earlier.”

Influenza in pregnancy is dangerous for the child?

Yes. Firstly, because a high fever the risk of Premature births and miscarriages increases. And, secondly, because there is the danger of supply disruptions – lack of oxygen around.

Conversely, children benefit from vaccination in pregnancy, says Wojcinski: Through lend-antibodies, the so-called nest protect, will be protected in the first months of life is better in front of a Influenza.

Should I have my children vaccinated?

The Stiko recommends not generally, or only at a health risk due to other diseases. According to the experts, nothing to be said but otherwise against it.

Possible, the Influenza vaccination is according to the Stiko from the age of six months. Children usually receive the same dose of vaccine as an adult. Alternatively, there is another vaccine that is administered as a nasal spray for children, who have a massive fear of needles.

No. “The flu vaccination is not a hundred percent, not even close,” says Fätkenheuer. Because the Virus is constantly changing, it may be that the vaccine fits properly to pathogens. Therefore, the vaccination of the season looks to season, sometimes more and sometimes less.

How often should I get vaccinated?

Only once, but every year. Because the Vaccination wears off with time: According to the Stiko, the immunity lasts for six to twelve months. In addition, the influenza virus is very versatile, thus the composition of the vaccine changes all the time.

Who is diligently each year to the vaccination, also builds a certain degree of basic protection, explains Fätkenheuer – he is so well prepared about the effect of the vaccine is also better against the Influenza.

*The post “the benefits, risks, time: experts answer the most important questions about the flu vaccination,” is published by FitForFun. Contact with the executives here.