Just as the sun began to rise over Manhattan on August 17, Michael D. and his daughter Brianna stood eagerly in line, awaiting their opportunity to meet the adoptable animals at the ASPCA Adoption Center—they were the first to arrive that day.

That Saturday marked the fifth annual Clear the Shelters adoption event at the ASPCA, an annual event that encourages adoption nationwide, with thousands of rescue groups and shelters offering discounted or waived adoption fees. This year, 1,900 shelters participated nationwide and the line began to form at the ASPCA Adoption Center around 4:00 A.M., with people like Michael and Brianna looking for their new furry family member. 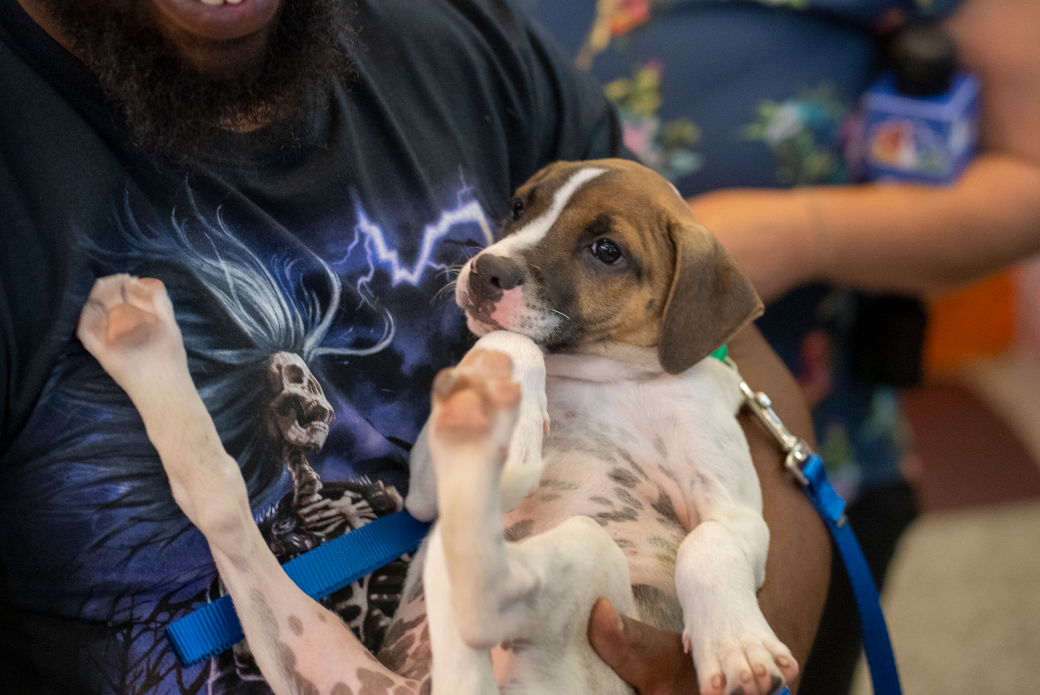 Michael and Brianna came to the ASPCA in hopes of meeting a puppy, and they weren’t disappointed when the shelter’s doors opened that morning! They were the first heartwarming adoption of the day and Brianna chose a puppy she said was “cute and playful.” They named him Sparky after making the adoption official. Michael and Sparky before heading home.

But Brianna, Michael and Sparky wouldn’t be the last adoption of the day, not by a long shot.

This year’s event saw an incredible number of happy endings—85 to be exact! ASPCA Matchmakers, volunteers and staff worked hard throughout the day to make sure that adopters were able to find new four-legged friends to bring home. 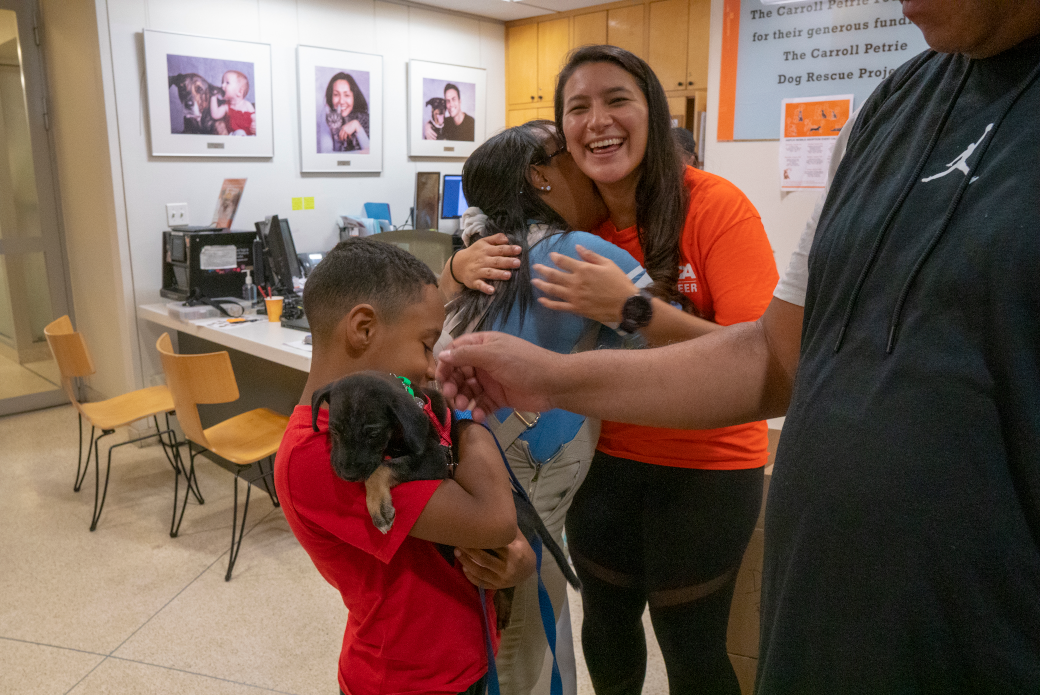 “Clear the Shelters 2019 was immensely successful at the Adoption Center,” said Kelly DiCicco, ASPCA Adoptions Promotions Manager, “where 85 animals found safe and loving homes, all thanks to the community who came out in full force to support the initiative. We had hundreds of New Yorkers come through the Adoption Center for the event, and it was amazingly heartwarming to see the joy on so many faces as families found the perfect match for their home.”

For some, adoption on this day held special meaning. Jesse M. and his girlfriend had recently lost a pregnancy and he adopted two kittens after telling us that the couple “wanted babies to take care of.” The kittens, Harriet and Hildy, hold a special place in the couple’s hearts and give all parties a second chance at something special.

Sergio C. was walking his dog when he ran into an ASPCA employee, who then chatted with him for a bit about Clear the Shelters. Sergio had two dogs and had recently lost one, a Chihuahua/Jack Russel-mix named Georgie. Sergio decided that he had room for another new dog in his home and his heart, so he came in and met a puppy named John Deere. 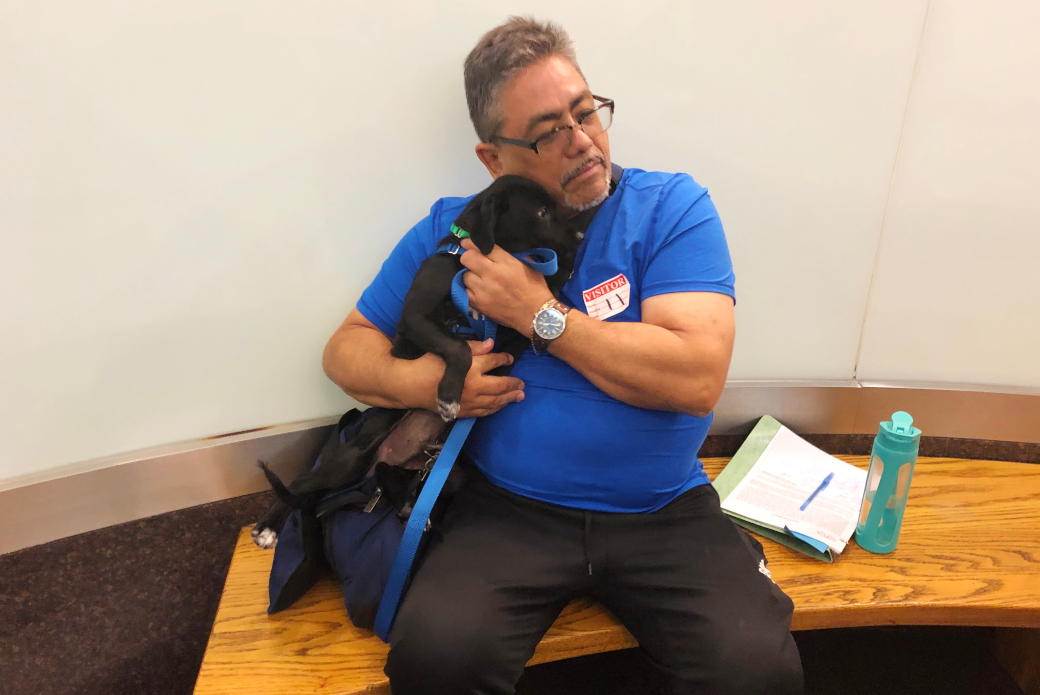 “I looked at all of them… the other ones tugged at my heart,” Sergio said. But he knew there was something special about John Deere.

Sergio made the adoption official that day and took his new buddy home. Another milestone of the day was for the ASPCA Foster team.

“Incredibly, 56 of the 85 cats and dogs who went home today spent time in the homes of our amazing foster caregivers,” said Matthew Richards, Manager of ASPCA Foster Engagement. “A huge thanks to those who opened their homes and provided care for these furry friends before adoption. Without foster caregivers, many success stories like these might not be possible.” 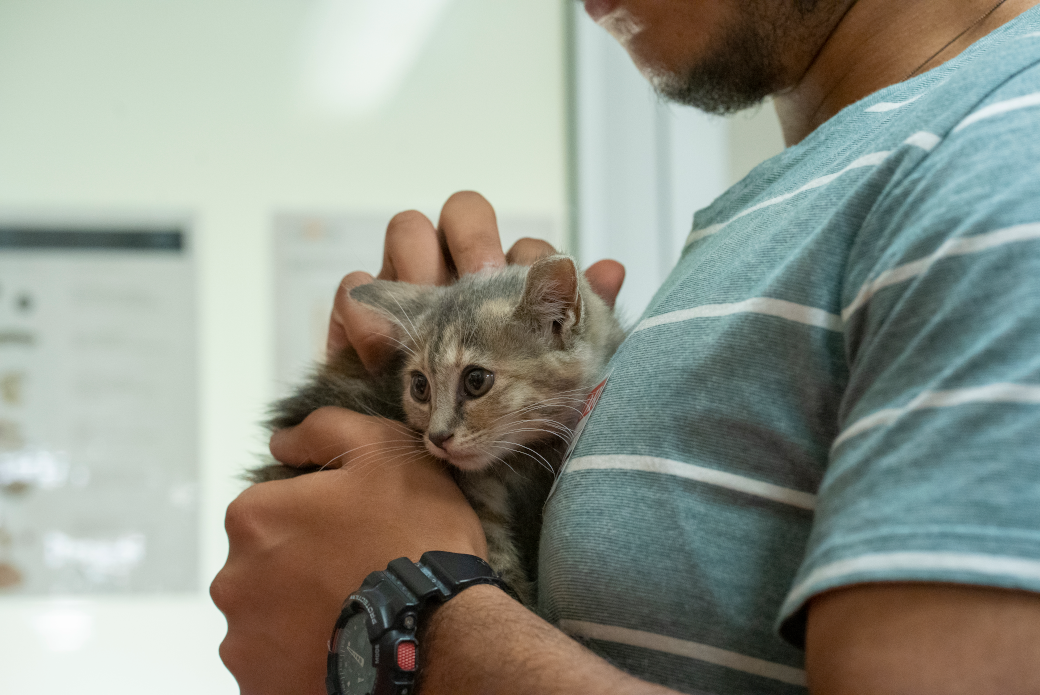 Thanks to all who helped make these adoption stories possible, including supporters like you. We hope to continue to “clear the shelters” throughout the rest of 2019 and make more happy endings, second chances and new beginnings possible.

Tags: A, Adoptions, and, Annual, at, Clear, Day, Endings, Event, Fifth, Happy, of, Shelters, the

Previous: This Series Forces You to Find Your Perfect Biceps Curl Form
Next: What happens if you drink too much milk?
Related posts
Pet Care News