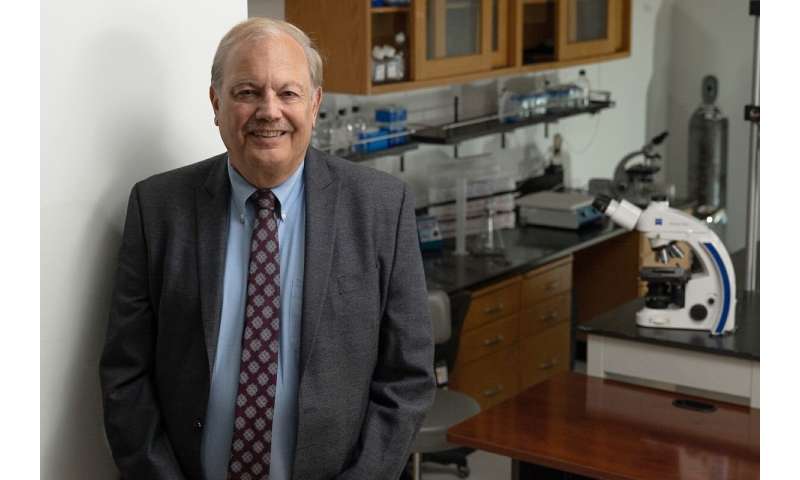 A study led by UCLA researchers found that adding ribociclib, a targeted therapy drug, to standard hormone therapy significantly improves overall survival in postmenopausal women with advanced hormone-receptor positive/HER2- breast cancer, one of the most common types of the disease.

The findings also show the combination treatment is beneficial at the time of recurrence and should become a first-line option in postmenopausal women with HR+/HER2- advanced breast cancer. The study was published today in the New England Journal of Medicine and presented earlier this year at the European Society for Medical Oncology Congress in Barcelona, Spain.

“Many people argue that the first type of treatment women with this type of metastatic cancer should receive is some other form of hormonal therapy and then wait to see if they respond to that treatment,” said senior author Dr. Dennis Slamon, chair of hematology-oncology and director of clinical and translational research at the UCLA Jonsson Comprehensive Cancer Center. “But we found there’s a significant difference when you use the combination of ribociclib with hormone therapy as the first line of therapy. There is absolutely no reason to wait to give women this treatment. This should be the new standard.”

Ribociclib is a drug that belongs to a class of CDK4/6 inhibitors that works by blocking the activity of proteins called cyclin-dependent kinase 4/6 enzymes, which promote cell division and cancer growth.

The current results build upon data previously reported by Slamon and colleagues that ultimately helped lead to the Food and Drug Administration’s approval of ribociclib. There are now three CDK4/6 inhibitors that have been approved by the FDA for combination treatment with standard hormone therapies.

The double-blind clinical trial involved 726 postmenopausal women who had advanced hormone-receptor positive/HER2- breast cancer. The trial included women who had not previously received endocrine therapy as well as women who were in the first-line or second-line setting.

The results demonstrated a statistically significant improvement in survival, with a 28 percent reduction in risk of death. At 42 months, the estimated rates of survival were 58 percent for the drug combination treatment and 46 percent for women who were treated with the hormone therapy alone.

The median progression-free survival with ribociclib in the first-line setting is the longest reported in a phase III trial in hormone-receptor positive/HER2- breast cancer—33.6 months as compared to 19.2 months for those in the hormone therapy only group.

This is the first demonstration of an overall survival advantage for postmenopausal women, and the second studyconfirming that the drug increases overall survival—something very few trials are able to accomplish.

“Increasing overall survival is the hardest endpoint to move,” Slamon said. “We’re also seeing that the time of progression-free survival is the longest yet reported for any of the drugs in this class. And even when patients are off the drug, the effect seems to be long-lasting in terms of the benefit. It’s important because this means we are helping women live longer and have a better quality of life.”

The team is now evaluating these drugs in women with early-stage breast cancer in an international clinical trial.