Home » Health News » Is your son obsessed with body image?

We generally assume girls worry most about their body image. Although that's still true, the most recent findings by the UK's Children's Society recorded a "significant decline" in boys' body confidence, finding that one in 12 aged between 10 and 15 are unhappy with their appearance.

When Credos, the advertising think tank, asked 1000 boys aged eight to 18 about their body image, 23 per cent said they believed there was a "perfect" male body shape, 55 per cent said they would consider changing their diet to look better, and around half saw extreme exercising and eating disorders as gender-neutral issues. 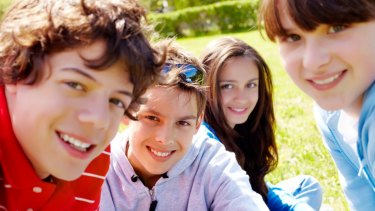 Should parents be concerned? Definitely. Persistent criticism about one's appearance is linked to a number of psychological problems, such as increased anxiety, low mood, eating disorders, self-harm and low self-esteem. Furthermore, if their goal is a rigid body type, adolescents may adopt rigid thinking generally and become less tolerant of others as well as themselves.

Worries about body shape may also lead to risky behaviours. Marla Eisenberg at the University of Minnesota interviewed more than 2700 adolescents aged 10-17 and found that 6 per cent had used steroids.

A UK survey of children aged 11-16 revealed one in 10 boys would consider taking steroids to achieve their body image goals. Such risky behaviours may in part be because of pressure for boys to "be strong" and "sort things out alone"; in the Credos survey, 56 per cent said they didn't feel able to talk to teachers, and 29 per cent to parents, about their concerns.

What, then, can you do if you suspect your son is becoming overly critical of his appearance?

Know the warning signs: if he works out a great deal but never seems to enjoy it; if he eats and/or exercises only to please others or attain rigid, unrealistic body image goals; and if he is never proud of his efforts, a problem is developing.

Encourage him to talk about his goals. If he's unwilling to talk to you, help find someone he feels he can trust, perhaps an experienced coach or sports nutritionist.

Ask your school to hold discussions about body images in advertising and on social media. The Credos study found that although most boys realised images of females online are often doctored, they didn't think the same happened to photographs of males.

Be a good role model. Avoid criticising your own body shape. Avoid extreme diets and punishing fitness routines. Instead, talk about what makes for healthy eating and life-enhancing exercise.

Praise whatever you can genuinely praise about your son's appearance – often.

Avoid rigid standards when talking about appearance. Emphasise the importance of inner qualities such as kindness, thoughtfulness and tolerance.

Linda Blair is a clinical psychologist and author of Siblings: How to Handle Rivalry and Create Lifelong Loving Bonds.