New research shows how dramatically exercise can slow ageing and reduce inflammation in our muscles.

The study, published in the Journal of Applied Physiology, found that the muscles of life-long exercisers in their 70s were comparable in cellular age to those of active 25-year-old participants. 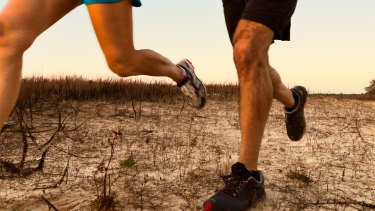 Researchers from Ball State University recruited 21 “life-long” exercisers in their 70s, 10 healthy “non-exercisers” in their 70s and 10 runners and cyclists in their mid-20s.

They measured their thighs for muscle mass, and took blood and muscle biopsies before and after a resistance exercise challenge.

The 25-year-olds had the greatest muscle mass (and the inactive older adults, the least), however, they found that the inflammatory markers from both blood and muscle samples were significantly lower among the young and older exercisers compared with the non-exercisers.

While ageing leads to “a pro-inflammatory profile within blood and muscle", lifelong exercise partially prevents this and kept the acute inflammatory response after exercise to the level seen in young exercising men.

“The results … help to understand the long-term benefits of exercise for avoidance of a chronic inflammatory state that may contribute to poor health and functional decline in ageing adults,” the authors wrote.

Dr Ashleigh Smith, an NHMRC-ARC Dementia Research Development Fellow, said muscle- ageing is caused by changes in the muscle itself as well as changes in the central nervous system (including both the brain and at the spinal cord level).

“For example, we know that motor neurons die from (often from 60 years +) causing connections within muscle fibres to decline – eventually leading to shrinking of muscle fibres, and as a result, muscles get smaller and the weaker,” said Dr Smith.

“In the brain, there is also evidence that the central pathways, or the brain cells (also called neurons), supplying the muscles decline in function and begin to die with increased age.”

Genetics and the presence of chronic low-grade inflammation (or "inflammaging") influence this process, which means there are significant differences in how quickly or slowly our muscles decline over time.

“We think a large proportion of this variability is due at least in part to the type of lifestyle people have led (i.e. how physically active people are),” Smith says.

Although the study was small, Dr Smith says it “provides new and novel physiological insights” into the influence of ageing and lifelong exercise on inflammatory markers.

While, in this study, the benefits were obtained from those who had been active their whole life, starting at any age leads to advantages.

“Even older people 86-96 years old can build strength, increase muscle size and see functional benefits from a resistance training program,” says Dr Smith. She recommends older people see a GP and an exercise physiologist to tailor a program to suit the state of their fitness and health. “So it is really never too late to start.”

Tags: ageing, back, can, clock, Exercise, finds, muscle, of, study, the, turn

Previous: Blast Your Legs With This 90-Second-of Squat Drill
Next: In transfusions for children, fresh and older blood are equally effective
Related posts
Pet Care News