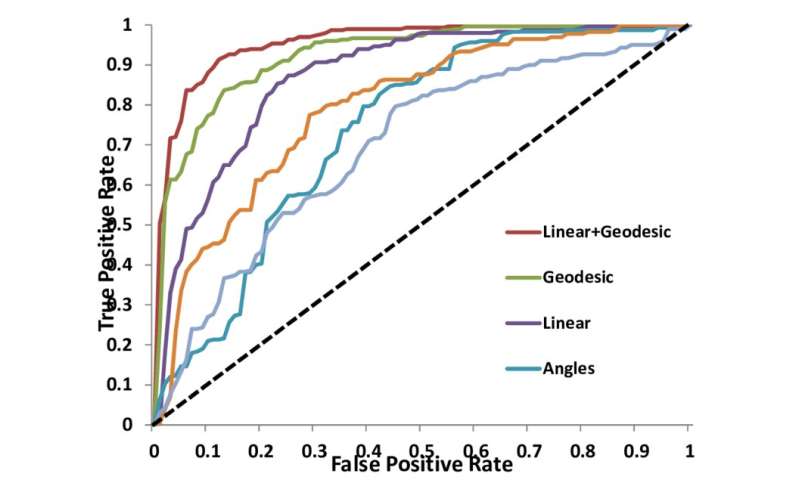 Three-dimensional facial photography can provide a simple and highly accurate method of predicting the presence of obstructive sleep apnea, according to a study led by The University of Western Australia.

The research, published in the Journal of Clinical Sleep Medicine, builds on previous work identifying that the structure of the face, head and neck played a key role in diagnosing sleep apnea.

“What we found was that we could predict the presence of obstructive sleep apnea with 91 percent accuracy when craniofacial measurements from 3-D photography were combined into a single predictive algorithm,” Dr. Gilani said.

This is largely because current methods of assessing sleep apnea are expensive and access to them is limited.

The study recruited 400 middle-aged men and women who took part in sleep studies at UWA’s Centre for Sleep Science and Sir Charles Gairdner Hospital while their faces were analyzed from 3-D photographs. Participants were also recruited from Western Australia’s Raine Study.

The study suggested that it might also be possible to predict the severity of a person’s sleep apnea from these photographs.

“This breakthrough has the potential to reduce the burden on hospitals and sleep clinics that currently run sleep studies for everyone,” Dr. Gilani said. “It can flag people at risk of sleep apnea who can then be referred for diagnosis and treatment.”

What is the Raine Study?